The Tunisian had earlier in the day become the highest-ranked African player—man or woman—in the history of the sport when she climbed up to No. 2 in the rankings, surpassing South African Amanda Coetzer, who peaked at No.3 in the late 1990s 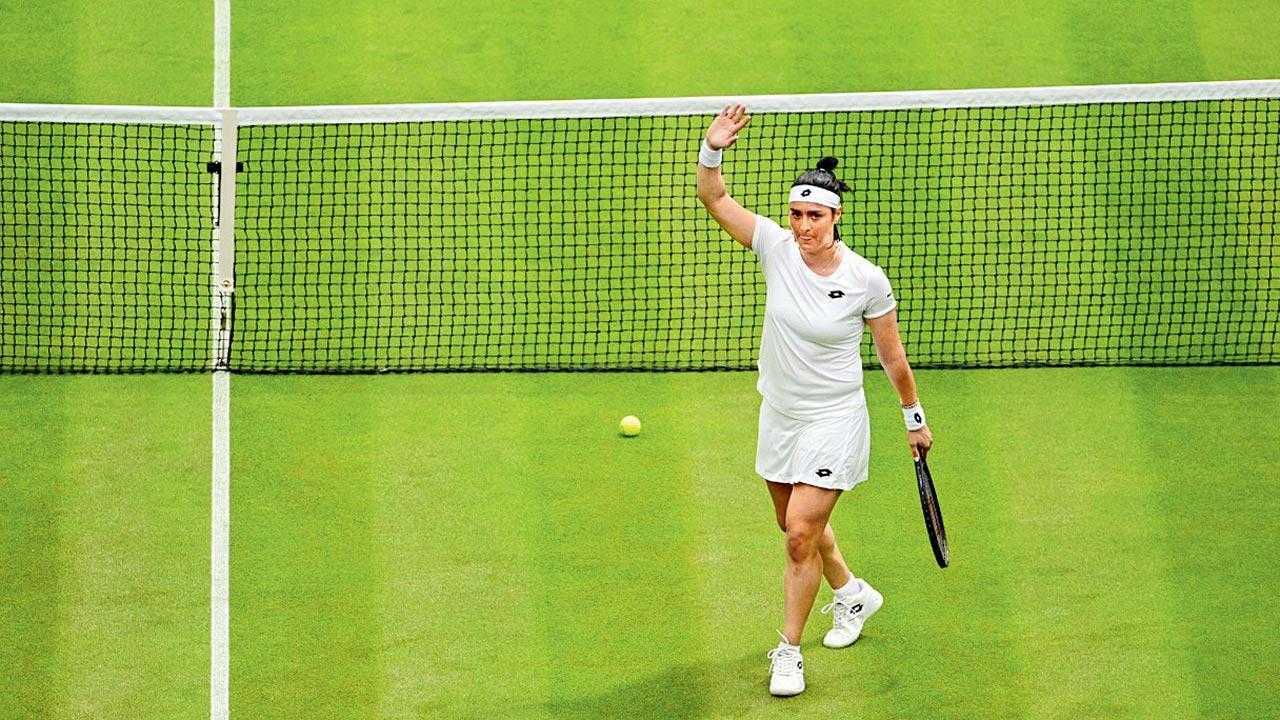 Tunisia’s Ons Jabeur waves to the audience after her first-round win yesterday. Pic/AFP


Ons Jabeur made a winning start at Wimbledon 2022 with a commanding opening-round victory over Swedish qualifier Mirjam Bjorklund under the roof on No.1 Court on Monday.

The Tunisian had earlier in the day become the highest-ranked African player—man or woman—in the history of the sport when she climbed up to No. 2 in the rankings, surpassing South African Amanda Coetzer, who peaked at No.3 in the late 1990s.

On Monday, her 6-1, 6-3 takedown of Bjorklund was anything but friendly though, Jabeur bringing her ruthless best to avoid an early exit like the one she suffered at Roland-Garros last month.

Jabeur struck 11 winners to the Swede’s three. Jabeur was especially dominant on serve, she conceded only five points behind her first delivery and a measly two behind her second.

Jabeur went to Paris on the back of a title run in Madrid and a final showing in Rome and was considered one of the heavy favourites for the French Open crown behind Iga Swiatek. Magda Linette had other ideas though as she knocked out Jabeur in the very first round.

There was no repeat of that scenario at the All England Club however as Jabeur sped to victory over Wimbledon debutante Bjorklund in a mere 53 minutes.

“I’m pretty happy. It’s amazing to come back to Court 1. I enjoy playing here a lot,” said Jabeur, who defeated Venus Williams on the very same court 12 months ago on her way to the last-eight stage.

“It’s a great start. I want to go as far as I can this tournament. The grass suits my drop shots and slice,” she added. Jabeur now awaits the winner of the clash between Polish qualifier Katarzyna Kawa and Canadian Rebecca Marino.