“Having won 12 professional bouts already, I don’t have to prove anything to anyone” 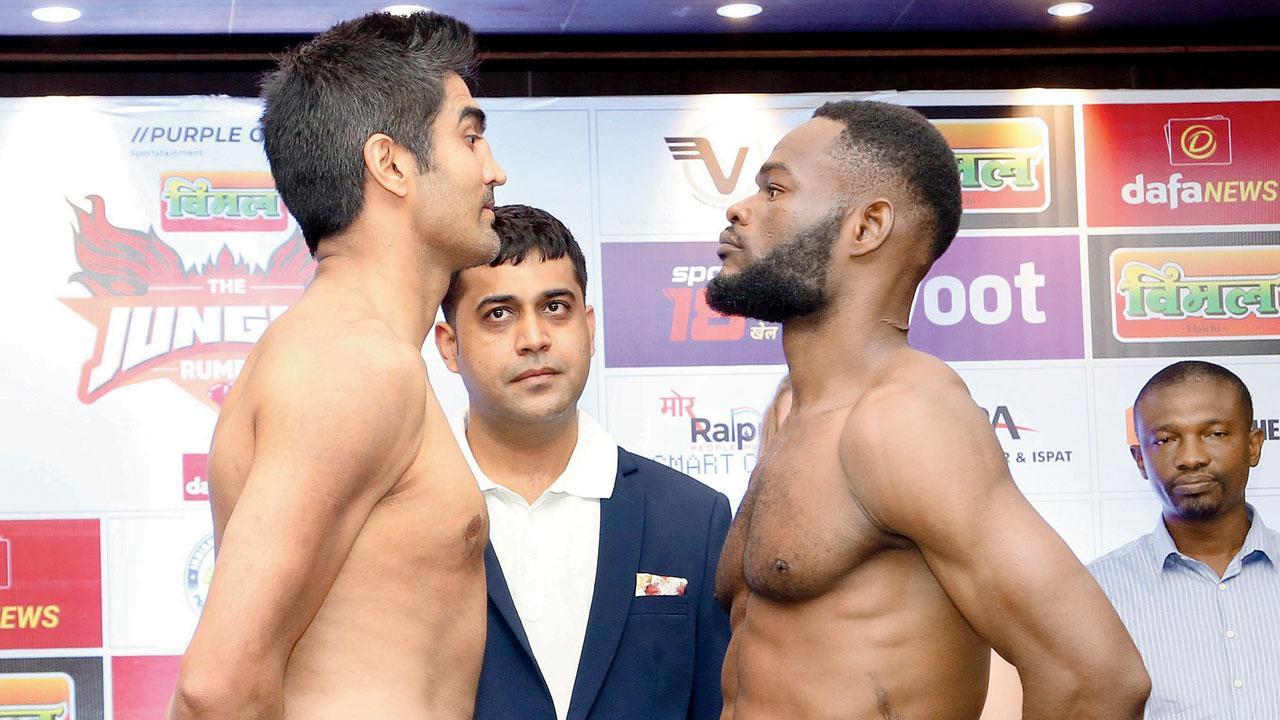 
For fans, the last images of India’s professional boxing star Vijender Singh in the ring were that of pain and despair, when he ended up losing to Russian Artysh Lopsan in Goa in March 2021. However, as he steps into the ring again, this time against Ghana’s Eliasu Sulley in Raipur on Wednesday, he promises to come out victorious. “I did not have my personal trainer [Lee Beard] by my side then as they could not travel to India due to the Covid-19 situation, but Lee has been with me for the last few months and my training has been top notch for this fight. I’m confident of winning,” Vijender told mid-day on Tuesday.

At 36, age is not on Vijender’s side, besides Sulley, who comes into this bout with eight knockouts under his belt, has announced that the Indian will be his ninth victim. But the 2008 Beijing Olympics bronze medal-winner is unperturbed. “There’s a famous Punjabi song by Gurdas Mann [Indian pop singer] which says that if the heart is strong, age doesn’t matter. Age is just a number. As a boxer, I give my heart for my sport and that’s what I’ll do tomorrow too,” he says. There’s a message for his critics too: “Having won 12 professional bouts already, I don’t have to prove anything to anyone.”

Next Story : I feel like a 'kid from kindergarten' around Serena Williams, says Swiatek