Priyanka Chopra, the global jetsetter, is ready for her very first Cannes red carpet appearance. The actress was recently seen leaving her apartment for the airport 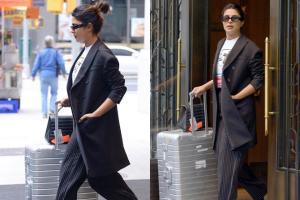 
Priyanka Chopra, our very own desi girl, who has slowly but surely become a global citizen has walked a number of red carpets at countless prestigious awards shows and events. The one big event that she hadn't attended until now was the Cannes Film Festival. But now, reports and pictures suggest that the actress is all set to make her very first red carpet appearance at Cannes 2019.

Pictures of the Quantico actress leaving her apartment with her luggage in tow have gone viral and we're thinking that Priyanka has set off for Cannes 2019. One of Priyanka Chopra's fan clubs shared the pictures on Instagram. "#priyankachopra spotted leaving her apartment today, on her way to Cannes", the caption read.

Priyanka Chopra's latest appearance was the pink carpet at the prestigious Met Gala 2019. The actress took eccentric style a notch higher in a Dior Haute Couture silver gown with colourful and vibrant feathered ruffles coupled with a matching cape. The actress also wore a spiked silver crown, which complemented the outfit perfectly. 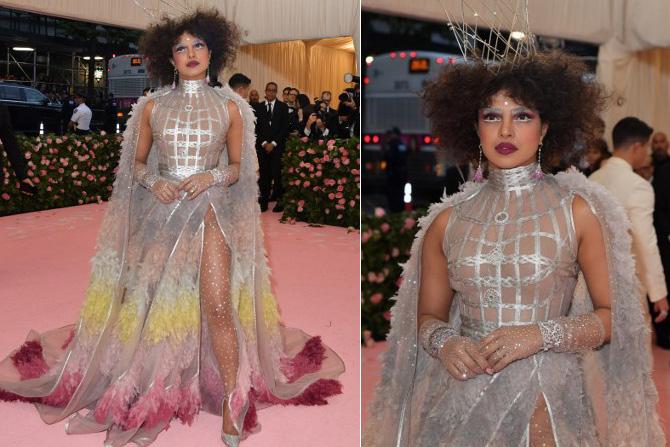 Priyanka Chopra made the first-ever public appearance with the love of her life, Nick Jonas, at the Met Gala 2017. Both Priyanka and Nick had opted for Ralph Lauren creations. It was their red carpet appearance together that had first sparked rumours of a budding romance.

"We were both wearing Ralph Lauren! And we decided to go together because it was fun," Priyanka later said on a chat show. By May 2018, Chopra and Jonas were officially dating and two months later they got engaged on her 36th birthday while the two were in London. Priyanka and Nick tied the knot in Hindu and Christian ceremonies at the Umaid Bhawan Palace in Jodhpur in December 2018.

On the work front, Priyanka Chopra will next be seen in the Hindi film The Sky Is Pink, also starring Farhan Akhtar and Zaira Wasim.