On Saturday, Aamir was spotted standing on his balcony with daughter Ira Khan. A tricolour was also positioned next to the railing 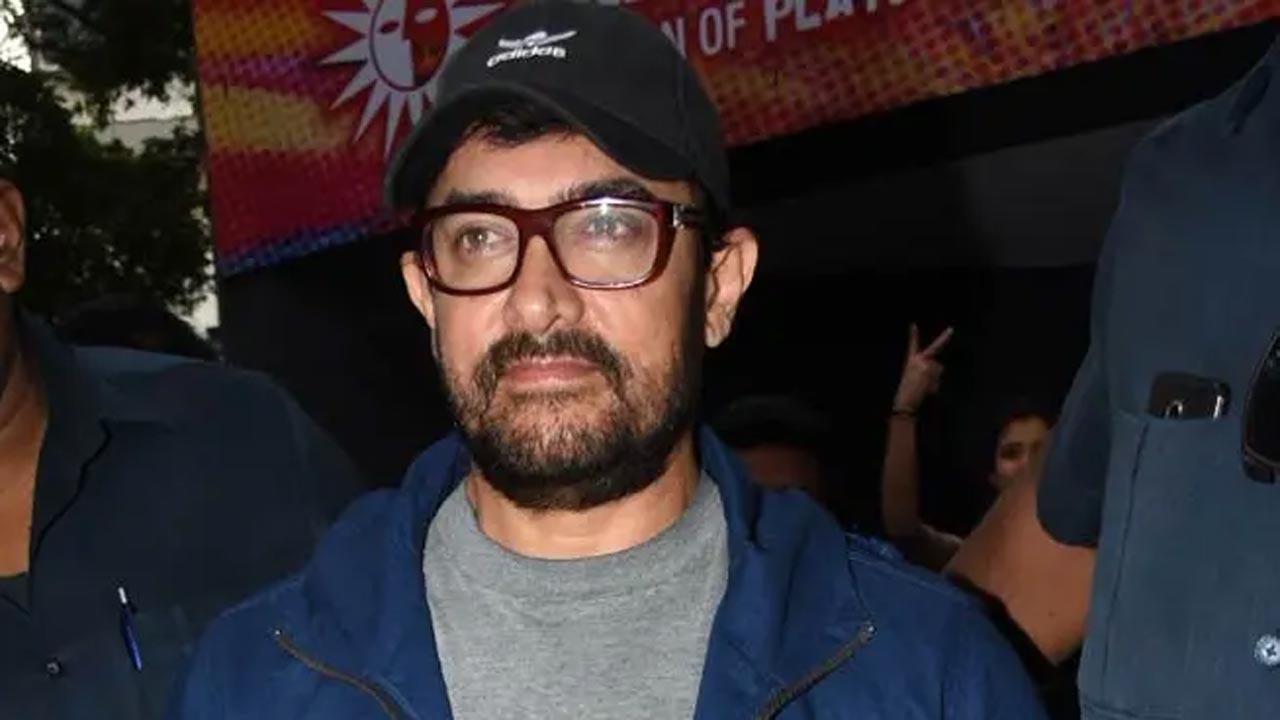 
Bollywood star Aamir Khan joined the 'Har Ghar Tiranga' campaign on Friday by displaying the tricolour at his Mumbai home. On Saturday, Aamir was spotted standing on his balcony with daughter Ira Khan. A tricolour was also positioned next to the railing. Prime Minister Narendra Modi has urged the people of India to hoist the tricolour at their homes between August 13th and 15th to celebrate the 75th Independence Day.

Last month, Prime Minister Modi launched the 'Har Ghar Tiranga' campaign to encourage people to bring the Tiranga home and hoist it to mark the 75th year of India's independence. The idea behind the initiative is to invoke the feeling of patriotism in the hearts of the people and to celebrate Azadi Ka Amrit Mahotsav, the Ministry of Culture said.

Azadi Ka Amrit Mahotsav is an initiative of the Government of India to celebrate and commemorate 75 years of independence and the glorious history of its people, culture and achievements. This Mahotsav is dedicated to the people of India who have not only been instrumental in bringing India thus far in its evolutionary journey but also hold within them the power and potential to enable Prime Minister Narendra Modi's vision of activating India 2.0, fuelled by the spirit of Aatmanirbhar Bharat.

The official journey of Azadi Ka Amrit Mahotsav commenced on March 12, 2021, which started a 75-week countdown to our 75th anniversary of independence. A Delhi-based lawyer on Friday submitted a complaint to Delhi Police commissioner Sanjay Arora against Bollywood actor Aamir Khan, Paramount Pictures and several others for allegedly "disrespecting the Indian Army and hurting Hindu Sentiments " in his movie 'Laal Singh Chaddha'.

Helmed by Advait Chandan, 'Laal Singh Chaddha' is an official Hindi adaptation of the Academy Award-winning 1994 film Forrest Gump, which had Tom Hanks in the lead role. Kareena Kapoor Khan and Mona Singh are also a part of the film. A few weeks ago, Aamir unveiled the film's trailer which took viewers on a joyride of emotions. The almost 3-minute-long trailer gave a glimpse into the fascinating and innocent world of Laal Singh Chaddha, the film's protagonist.

His slow-witted approach and childlike optimism are the driving force of the movie. In the trailer, Aamir's calming voiceover and his eyes-wide-open look gave flashbacks to his mannerisms from Rajkumar Hirani's 'PK'. It showed multiple picturesque locations, exhibiting the Indian heritage in its tranquil form.

Next Story : Kriti Sanon shares most irritating thing about her sister Nupur