As the film completed 10 years of its release today, actor Ajay Devgn took a stroll down memory lane and shared a picture from the sets 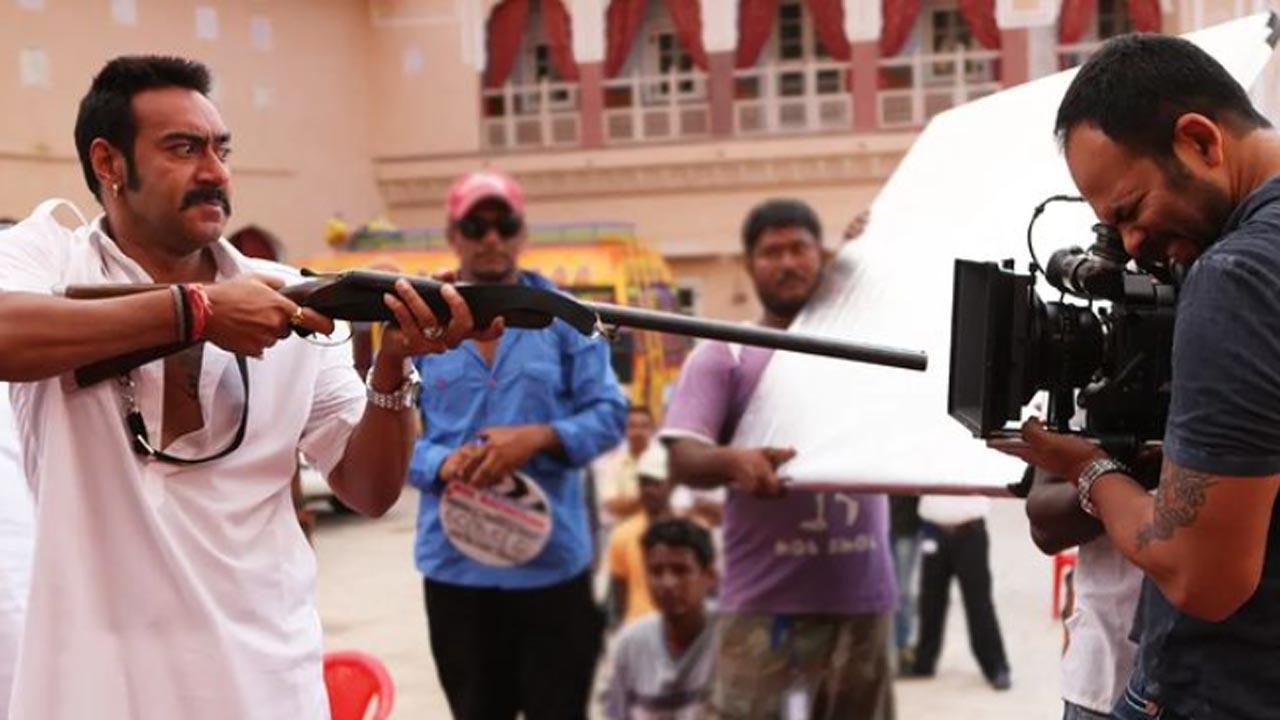 
Rohit Shetty's directorial 'Bol Bachchan' is one such film that helps you lift your mood -- especially when you are having a stressful day. As the film was completed 10 years of its release today, actor Ajay Devgn took a stroll down memory lane and shared a picture from the sets.  In the throwback image, Ajay is seen holding a gun in his hands while Rohit is holding a camera and shooting him.

"Two Bol Bachchans shooting each other. #10YearsOfBolBachchan," he captioned the post.

The film revolves around Abbas Ali (Abhishek), a resident of Karol Bagh, New Delhi. He stays there with his sister Sania (Asin) and they are legally fighting to get the title of their ancestral property. But the odds turn against them and they lose the case. Their well-wisher, Shastri Chacha, advises and convinces them to migrate to his village Ranakpur and assures Abbas that he will get him a job at his owner's place. The owner being none other than the powerful Prithviraj Raghuvanshi (Ajay).

Meanwhile, Ajay is busy directing his film 'Bholaa', which will be released on March 30, 2023. The film, which was earlier supposed to be directed by Dharmendra Sharma, is the Hindi remake of 2019's Tamil hit 'Kaithi'. The original movie revolved around an ex-convict who decides to meet his daughter for the first time after being released from prison but gets caught in a face-off between police and the drug mafia.

Apart from 'Bholaa', Ajay also has 'Drishyam 2' in his kitty.