Arjun Kapoor said he has always been a fan of ensemble films, even though it has become "tougher" to persuade actors to be a part of such projects 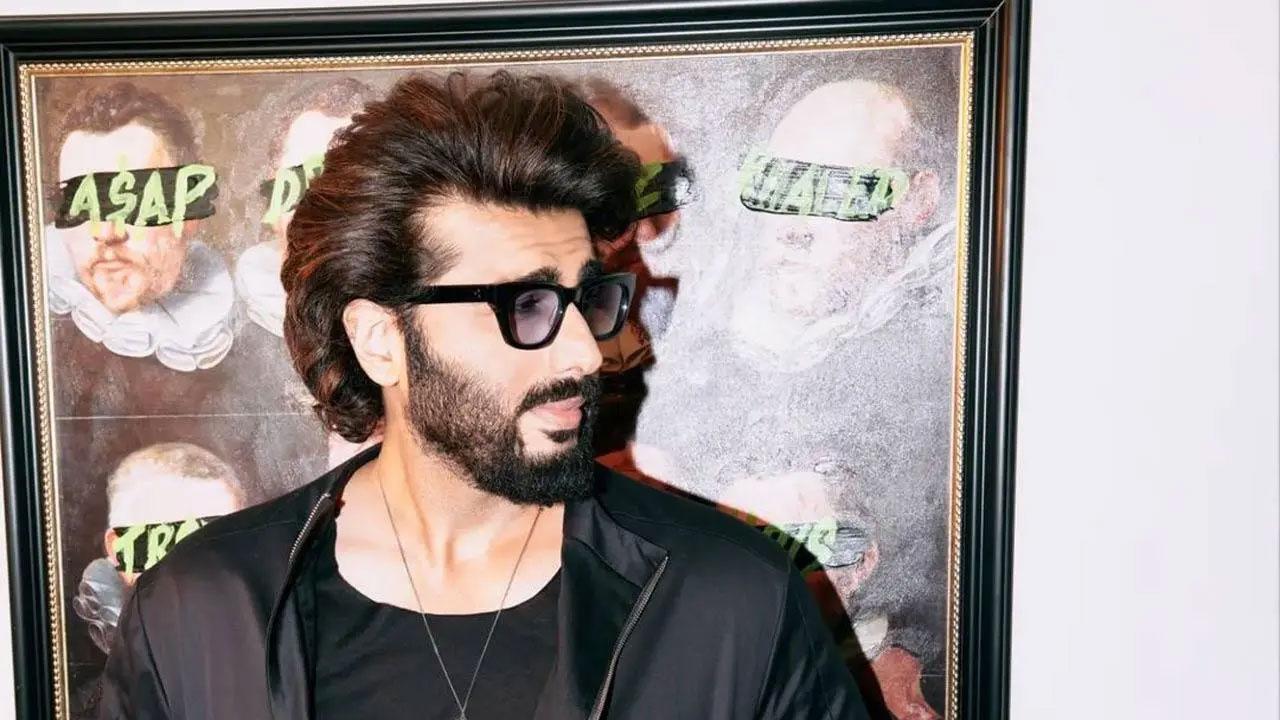 
Actor Arjun Kapoor on Monday said the Hindi film industry needs to make more ensemble films, a kind of cinema that he grew up watching. In his appearance on "Koffee With Karan" last week, Bollywood superstar Akshay Kumar had said that he and host-filmmaker Karan Johar faced difficulty in casting a second male lead in their upcoming joint production. Both Kumar and Johar had attributed the other actors' refusal to their "insecure" nature.

Also Read: Arjun Kapoor: I have became a better performer by being on this set

Arjun Kapoor, who shares the screen space with John Abraham in the upcoming action-thriller 'Ek Villain Returns' directed by Mohit Suri, said he has always been a fan of ensemble films, even though it has become "tougher" to persuade actors to be a part of such projects. "I have done 'Gunday' and 'Bhoot Police', I always believe that ensemble films are great fun because I've grown up watching Subhash Ghai's cinema and my uncle Anil Kapoor's movies.

"Perhaps Akshay sir does have a point because it has become tougher to convince people about the value they bring and what they are getting in the script," the actor told PTI. Arjun Kapoor was speaking at a press conference here to promote "Ek Villain Returns" with cast members Abraham, Disha Patani, producers Ektaa R Kapoor and Bhushan Kumar. He said trust is a key factor in an actor's decision to board a project.

"There's a lot of trust involved. More than insecurity, you have to trust the people you're working with. With this film, since I have already worked with Mohit ('2 States') and John ('Sardar Ka Grandson') before, there's a certain trust and regard for each other. "When the right people come together, they can make great ensembles. If there's something that needs to be handled, you know it will be done with grace. The film industry needs more ensemble films," Arjun Kapoor said.

Also Read: Arjun Kapoor thanks trollers for motivating him to do better

What needs to be celebrated is actors being happy on sets to make bigger and better films, he added. "This safeguards the producer's interest and helps the director to make the film he wants to make. I understand Akshay sir's point to some degree but I believe things are changing and it has to change if we want to deliver those Bollywood numbers. The era of the '80s, '90s and early 2000s, hopefully, it is coming back for the right reasons," Arjun Kapoor said.

Citing the example of his movies with Abhishek Bachchan, Varun Dhawan, Arjun Kapoor, and Akshay Kumar, Abraham said he has always been comfortable in doing "two-hero" films, "In 'Dostana', Abhishek played my love interest. But honestly, I've done a lot of two-hero films. I like my association with Arjun, Varun, and Abhishek. With Akshay, I did three films. I love Akshay, I love him to death."

"He is probably right to an extent but there are places where you can bring in two or three heroes. Maybe you can't make an 'Ocean's 11' but you can make an Ocean's 3 or 4. We can make things happen and the new generation is more willing," the actor said. About his experience on 'Ek Villain Returns', a sequel to Suri's 2014 film "Ek Villain", Arjun Kapoor said he was able to stand up to Abraham as the actor made him feel "comfortable on sets".

"He gave me that warmth and connection, and made me feel secure on the set... I didn't need to impress him or anyone to make them think that I'm capable of standing next to John Abraham," he added. Patani said 'Ek Villain Returns' is a movie which is not about "who is the hero or who is the villain". "It is about the journey that all of us are going through and how different circumstances can change and make us the heroes or the villains. My character is quite smart and she believes that being greedy is not a problem. She can go to any lengths for her greed," she added.

During the promotional event, producer Ektaa R Kapoor was asked about Kamaal R Khan's allegation that 'Ek Villain Returns' is a copy of a South Korean film.  To this, the producer replied that Suri narrated her two scripts that he had developed.  "Let me tell you the truth about this movie. Mohit had narrated two scripts to me. I told him that the 'Ek Villain' franchise has to be much bigger this time. He then told me that Rohit Shetty liked this script a lot and he has taken it."

"I went to Rohit, I'm like his sister, and I requested him. Like a good brother he is, he gave it back. It is one such script that whoever listens to it will not say no to it. This script has not been made in any language, anywhere," she said. The producer noted that in the age of streaming services, it has become a "big challenge" to bring audiences to cinema houses.

"Getting somebody to buy a Rs 200 ticket and watch the movie when they can watch it on OTT two months later is a big challenge. But what is good about 'Ek Villain Returns' is that it is a theatrical experience. From the two men fighting to the suspense, I don't think this movie can be enjoyed unless you're sitting with your friends and family in a theatre.  "Today, it is important that a film creates the environment for community viewing and 'Ek Villain Returns' does that," she added.  "Ek Villain Returns" is scheduled to be released in theatres on Friday.

Next Story : Leaked: Ranbir Kapoor, Anil Kapoor's picture from the sets of 'Animal' at Pataudi Palace