On Monday, 'Ms Marvel' star took to his Instagram handle and shared glimpses of their fun moments at singer Adele's concert. The couple can clearly be seen spending quality time on their London trip 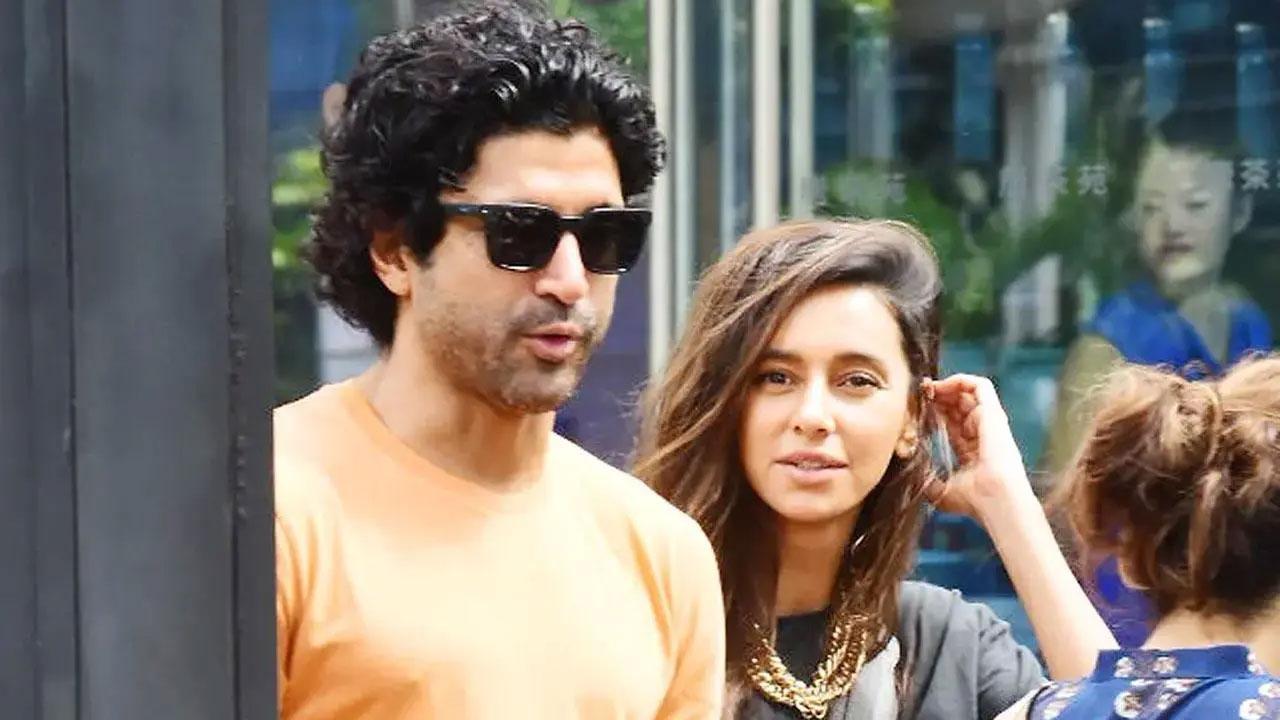 
Bollywood actor Farhan Akhtar dropped a few adorable glimpses enjoying the BST Hyde Park music festival with his wife Shibani Dandekar, from their London trip on social media. On Monday, 'Ms Marvel' star took to his Instagram handle and shared glimpses of their fun moments at singer Adele's concert. The couple can clearly be seen spending quality time on their London trip.

Taking to his Instagram stories, Farhan shared a cute picture of Shibani, who was seen sitting in the park wearing a white tee that she teamed up with a long light grey shrug. To give a chic twist to her casual look she opted for distressed light blue jeans. Her high ponytail and nude makeup complimented the entire look. He captioned the picture, "#BSTHYDEPARK."

The 48-year-old actor also shared a selfie picture with Shibani, the two posed for the camera. Farhan was seen donning a casual look, he opted for a black t-shirt and grey trousers. And he also wore classy black glasses. The duo was seen happily smiling in the selfie. The next picture on his story that he posted, was from the performance of British singer-songwriter Adele at the BST Hyde Park concert.

On the work front, Farhan Akhtar is on cloud nine as he made his Hollywood debut with 'Ms. Marvel'. 'Ms. Marvel' is one of the highly anticipated Marvel Cinematic Universe (MCU) projects. It introduces Iman Vellani as Kamala Khan, aka the titular character, who is a Muslim American teenager growing up in Jersey City. An avid gamer and a voracious fan-fiction scribe, Kamala is a superhero mega-fan with an oversized imagination -- particularly when it comes to Captain Marvel.

Next Story : Ajay Devgn wears director's hat once again for his film 'Bholaa'