On Sunday, Farhan took to his Instagram handle and posted this glimpse with a beautiful caption, which read, "Happy birthday beautiful girl," and tagged his daughter with red heart emojis 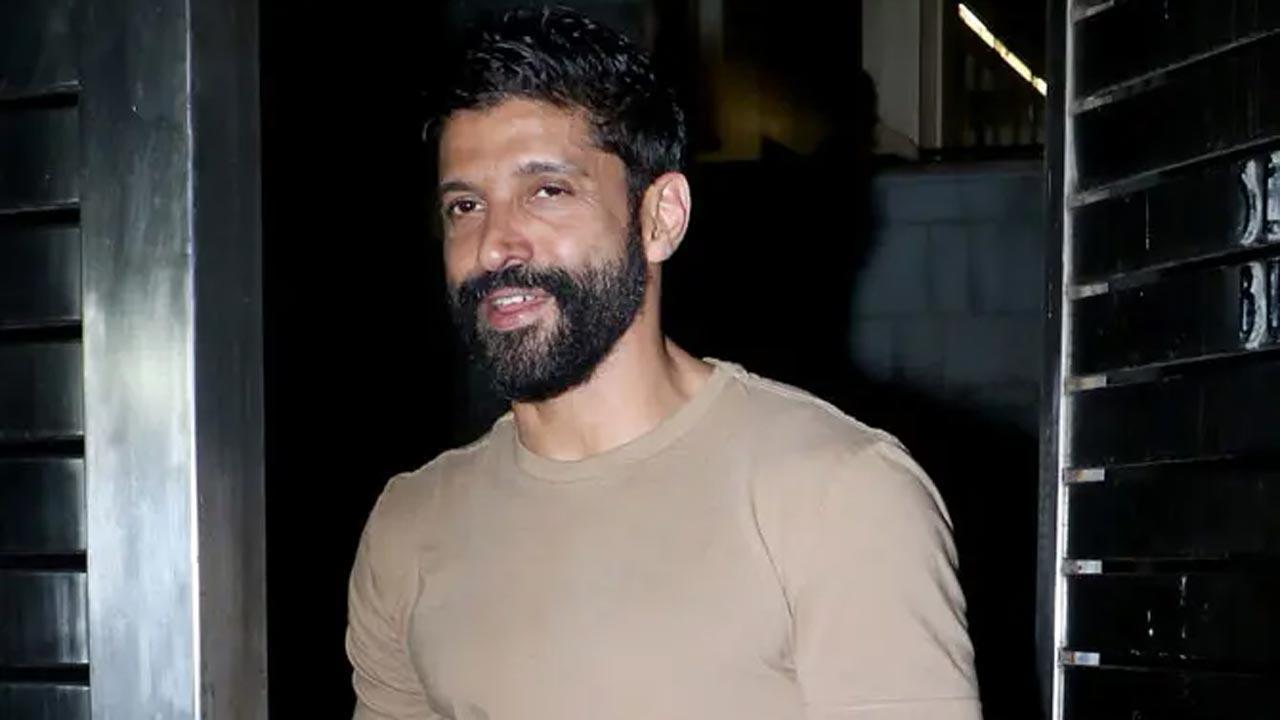 
Bollywood star Farhan Akhtar dropped a stunning glimpse of his daughter, Shakya Akhtar, on his social media handle, who turned one year older on Sunday. On Sunday, Farhan took to his Instagram handle and posted this glimpse with a beautiful caption, which read, "Happy birthday beautiful girl," and tagged his daughter with red heart emojis. The post gained a lot of love from Farhan's fans and friends from the industry. Diving into the comment section, Farhan's friend and actor Arjun Ramphal commented, "Happy birthday Shakya you looking so lovely. Have a super one." "Happy birthday to ur baby girl," added Karisma Kapoor. Amrita Arora replied, "Happy happy birthday darling shakya."

Also Read: The Russo Brothers are in talks with Farhan, Ritesh for a new project

On the other hand, Shibani Dandekar also shared the same post on her IG Stories, she went on to write a heartfelt note along with it, which read, "happy birthday darling Sh! You stunning intelligent powerful creature! You deserve the world and more! Love you (heart emoji)." Meanwhile, Zoya Akhtar too dedicated a post for Shakya on Instagram. It read, "Happy Birthday Baby. Only (love emoji)."

Shakya is the eldest child of Farhan and Adhuna Bhabani, his ex-wife. Shibani Dandekar, who is Shakya's stepmother, reposted the same and added her best wishes. Farhan and Shibani who dated for almost three years tied the knot at Farhan's family farmhouse in Khandala in the presence of close friends and family members on February 19. The daytime wedding was attended by several celebrities including Farah Khan, Rhea Chakraborty, Satish Shah, Ashutosh Gowariker, and Ritesh Sidwani. Hrithik Roshan also attended the wedding with his parents, Rakesh and Pinkie Roshan.

On the work front, Farhan Akhtar is on cloud nine as he made his Hollywood debut with 'Ms. Marvel'. 'Ms. Marvel' is one of the highly anticipated Marvel Cinematic Universe (MCU) projects. It introduces Iman Vellani as Kamala Khan, aka the titular character, who is a Muslim American teenager growing up in Jersey City. An avid gamer and a voracious fan-fiction scribe, Kamala is a superhero mega-fan with an oversized imagination particularly when it comes to Captain Marvel.

Shibani, on the other hand, was last seen in the Telugu comedy-drama 'That Is Mahalakshmifilm' directed by Prasanth Varma and produced by Manu Kumaran.

Next Story : Jug Jugg Jeeyo to have a sequel?