Have you heard? Baddie baddie baatein

If all goes well, Makkal Selvan (or people’s treasure) as he is known, will next be seen as the villain opposite  SRK in the 2023 release 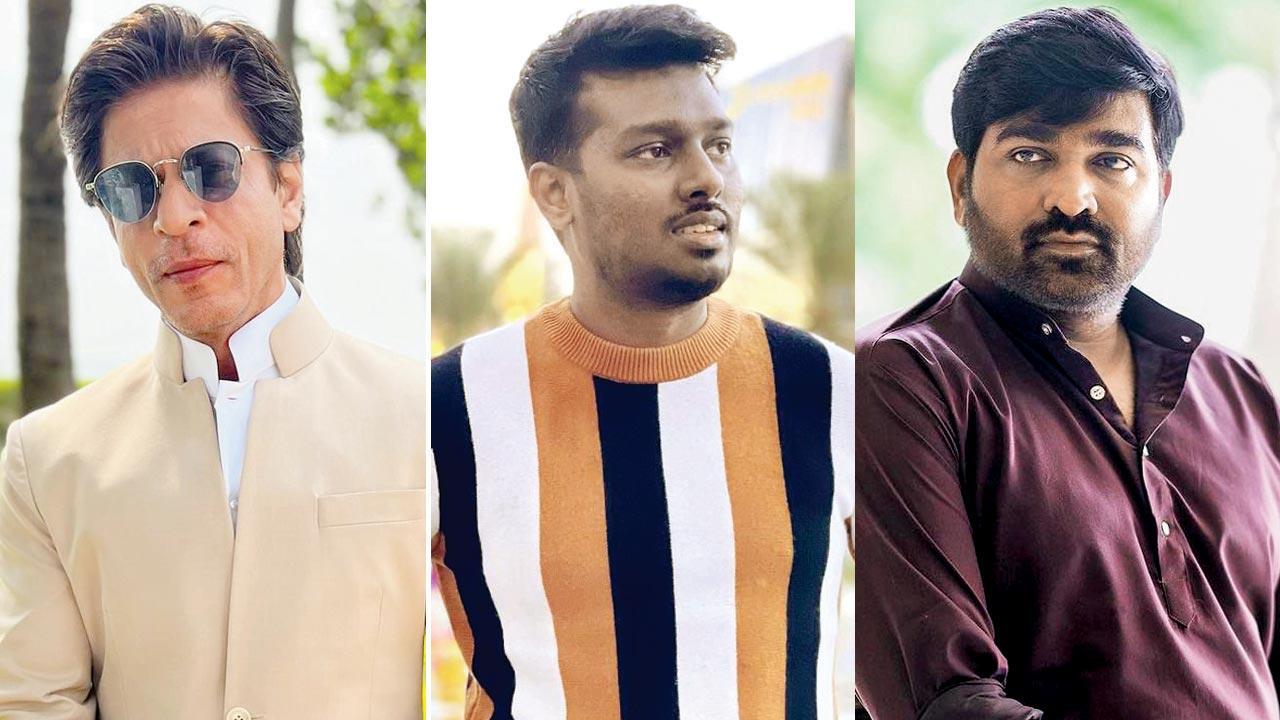 
Suddenly, it looks like south actors have become much sought after by our Bollywood folk. The latest is that Shah Rukh Khan and director Atlee are reportedly keen to get Vijay Sethupathi on board for their film, Jawan. They are already working with Nayanthara, who is currently shooting in Mumbai. Vijay has been offered the role of the antagonist as the makers want to cast a powerhouse performer against SRK’s protagonist. Last weekend, mid-day reported that Rana Daggubati, who was initially offered the part of the baddie, had politely excused himself owing to his health issues (Sorry, but thank you, July 2). Vijay is already acting in some Hindi projects, including director-duo Raj-DK’s web series Farzi, Sriram Raghavan’s film, Merry Christmas, and Santosh Sivan’s action thriller Mumbaikar. However, we hear that Vijay is still figuring out his dates to see if Jawan can be fit into his schedule. So, if all goes well, Makkal Selvan (or people’s treasure) as he is known, will next be seen as the villain opposite  SRK in the 2023 release. 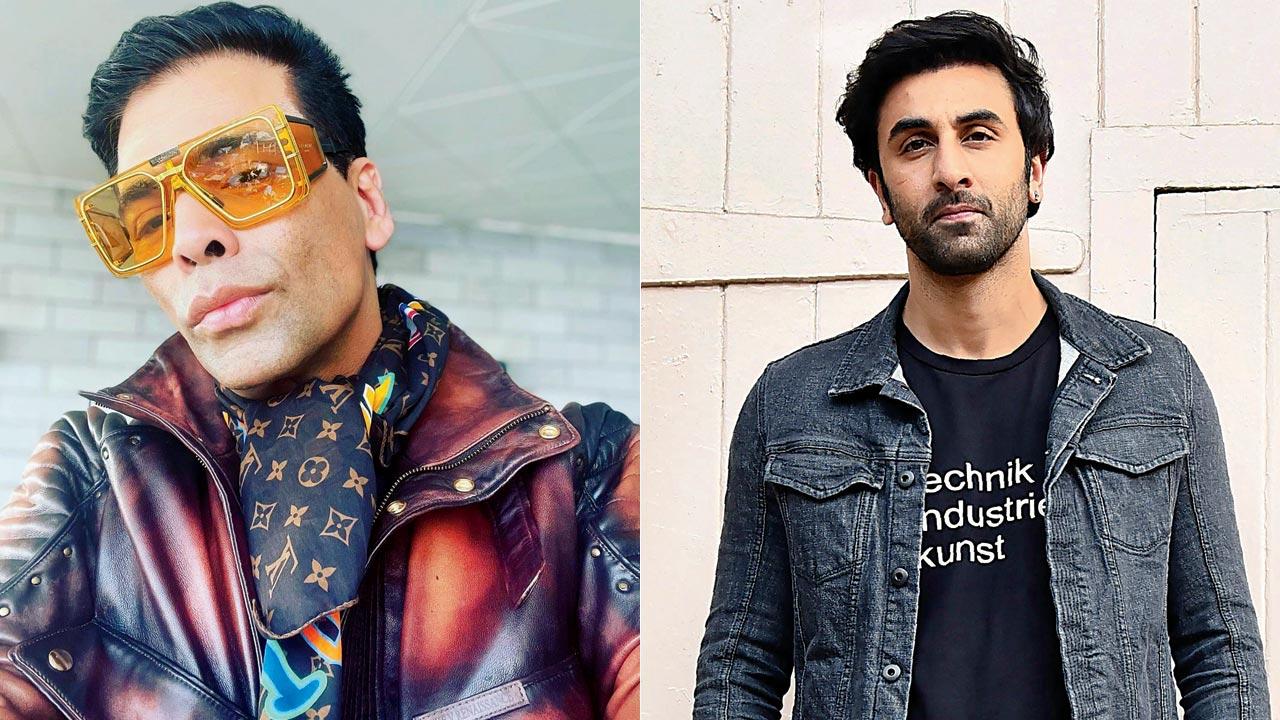 The new season of Karan Johar’s chat show launches today in its OTT avatar, and we know that Ranbir Kapoor is not making his appearance on the couch. But the filmmaker revealed that his BrahmÄstra actor joked about one condition that would make him shoot for an episode of Koffee with Karan. In a recent interview, KJo said, “He teases me [that if] you pay me what you are getting, then I will come. And I am like, ‘Why should I pay you? I am not paying. I am paying you enough for the movies already.”

Also Read: 'Have been through so many moments of culture because of the Kapoor family'

Yash to the rescue 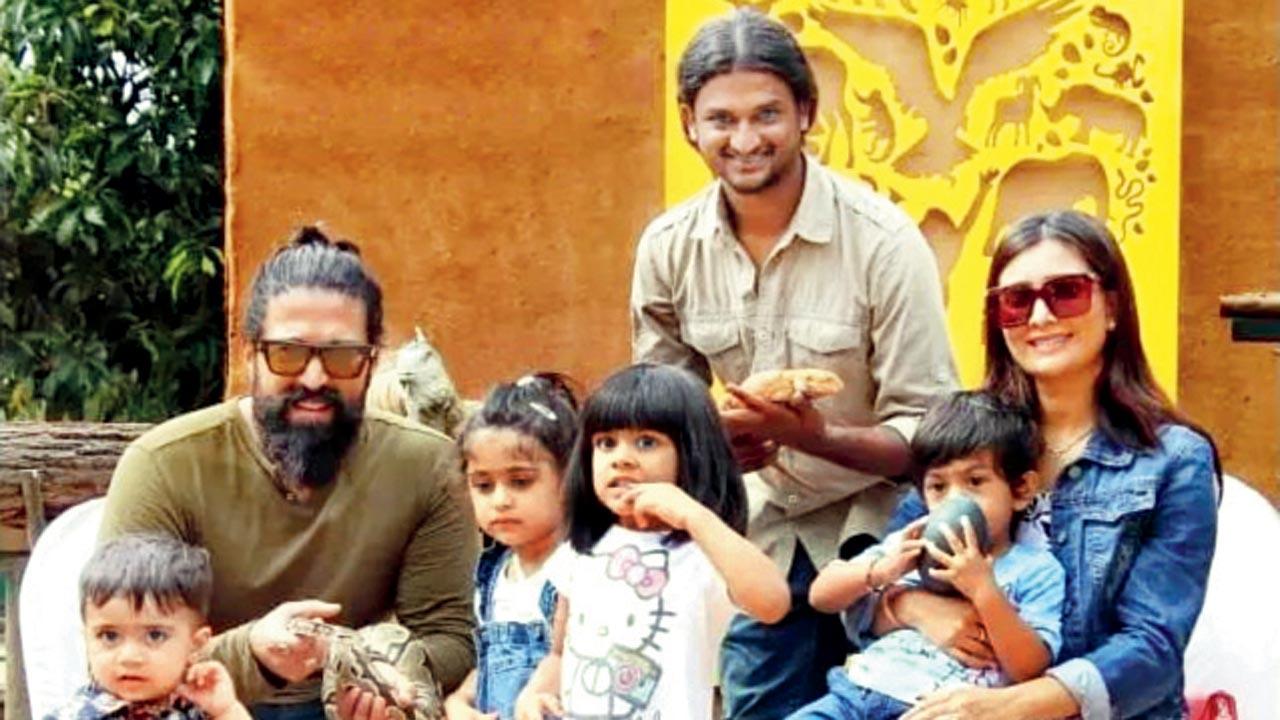 Yash, who has led from the front for several social causes, has now lent his support for animal welfare. Along with wife Radhika Pandit, the KGF: Chapter 2 actor is backing Prani, a pet sanctuary that aims to create awareness and educate children on the importance of animals. Sharing pictures from his visit to the sanctuary,  Yash wrote, “Children and animals need similar compassion. That’s exactly the kind of care the team of Prani provide to the rescued animals.”

Also Read: Have you heard? Resul Pookutty clarifies his controversial tweet on 'RRR' 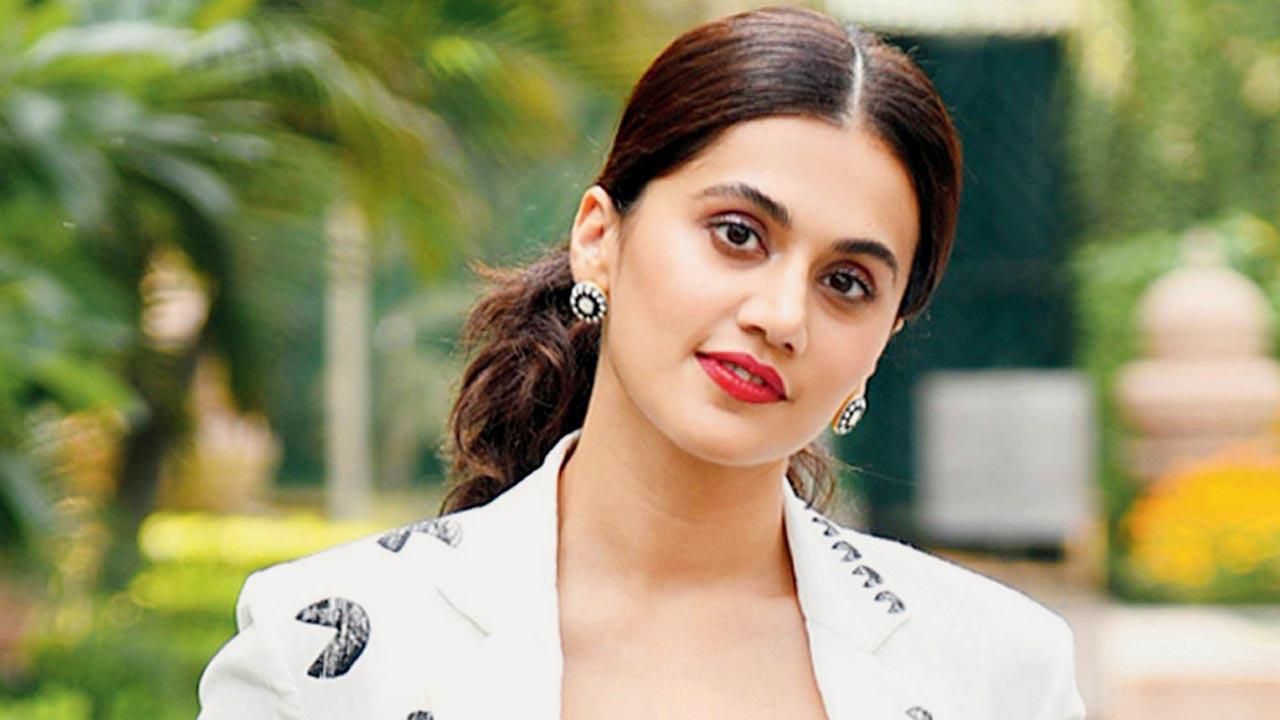 Every actor worth their salt wants to be a part of a big Hollywood franchise. Taapsee Pannu is no different. In a recent interview for the promotions of Shabaash Mithu, she revealed that her dream role is playing a superhero in Avengers. However, there’s a criterion. “I want to play a superhero of Indian origin. That’s all I am trying to manifest,” the actor has been quoted as saying. She added that if anyone shows her a way to go about it, she will follow it. Any takers?

Tiger gets a perfect teacher 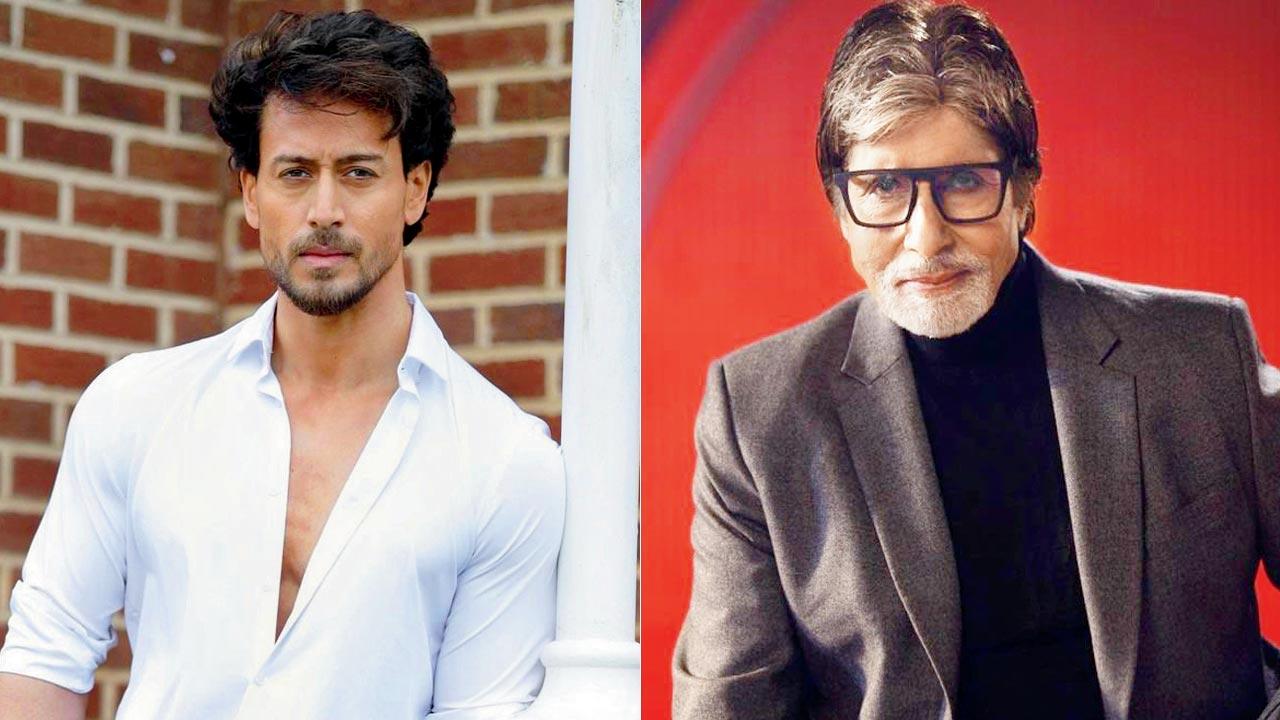 Given his decades-old experience, it’s not unusual to see Amitabh Bachchan work with different generations of actors from the same family. The cinema icon, who collaborated with Jackie Shroff on several movies in the past, will soon be seen sharing screen with his son Tiger Shroff. We hear that Big B plays Tiger’s guru in his next film, Ganapath. That’s not all, he also lends his deep baritone as the narrator of the action drama. Interestingly, the movie also sees Bachchan team up with producer Vashu Bhagnani, about 24 years since their comic caper, Bade Miyan Chote Miyan.

The King and Ace unite 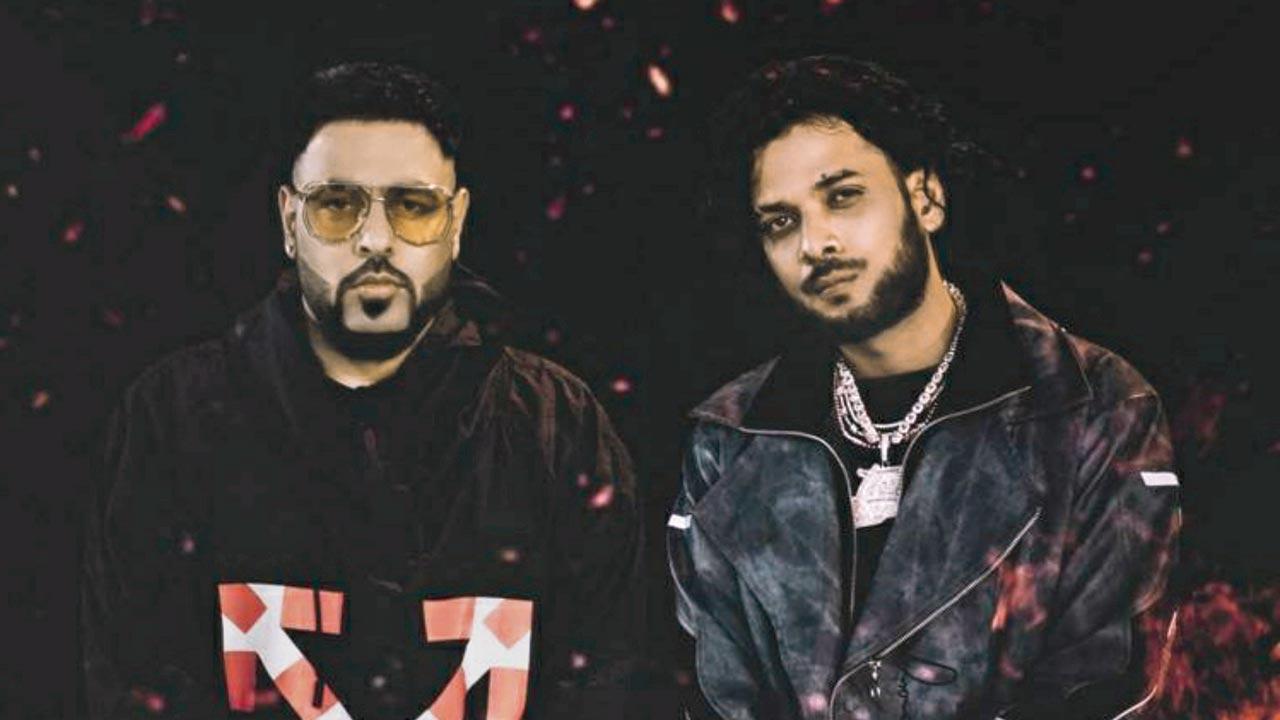 After the success of the first two songs of his new album Nishu, singer-composer Ikka is upping the ante with the third track. This time around, he has teamed up with rapper Badshah for the peppy number, Trap munde. Insiders believe this one-of-a-kind song, packed with swag and energy, is sure to bust records across platforms. Talking about his first collaboration with Badshah, Ikka says, “We wanted the track to be unique in every way. The team has left no stone unturned to make this a memorable collaboration. Trap munde is a groovy track with elements of rap. I’m happy with the way it has turned out and can’t wait to see what people think of it.” 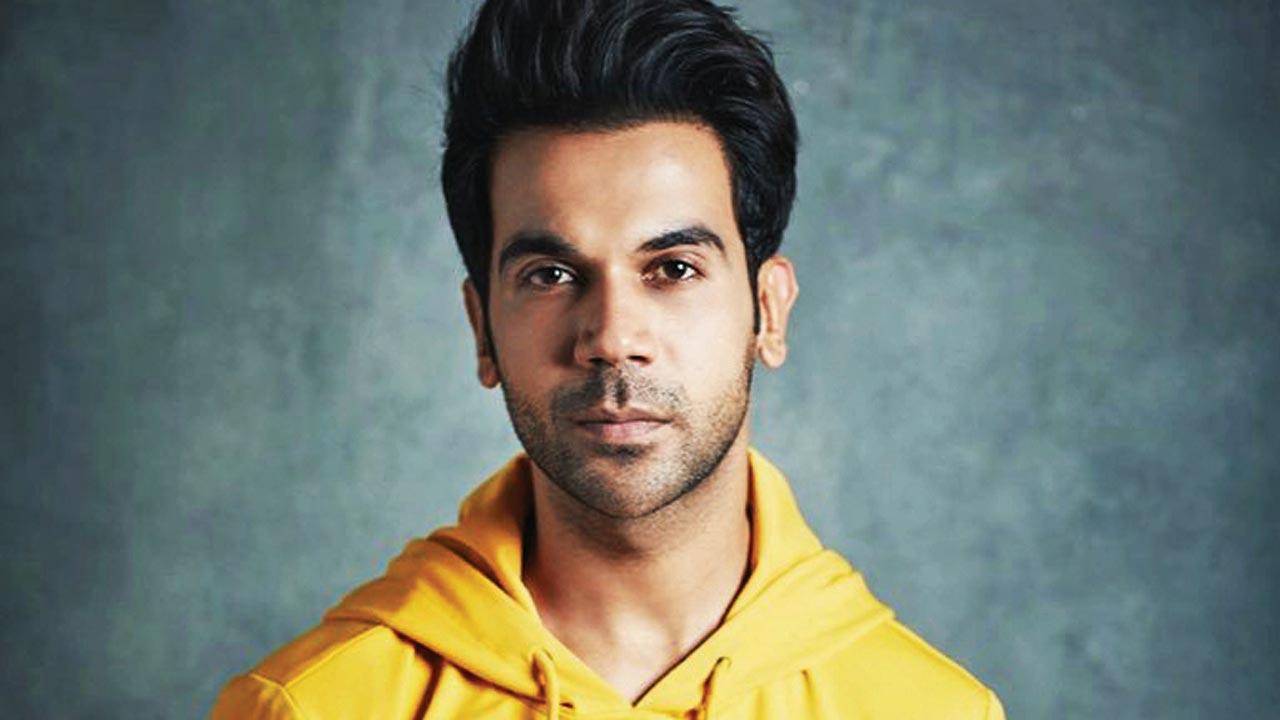 Rajkummar Rao doesn’t shy away from talking about helping around at home. During an event in Kolkata recently, the actor, who tied the knot with long-time girlfriend Patralekhaa last November, said that they enjoy sharing domestic workload.  Revealing that he has OCD, Raj avered, “I want things to be organised and clean. Even if she says ‘ho jayega’, I have to drop everything and get to cleaning.” Interestingly,  doing the dishes takes him back to his bachpan ke din when he would do them with his mother. 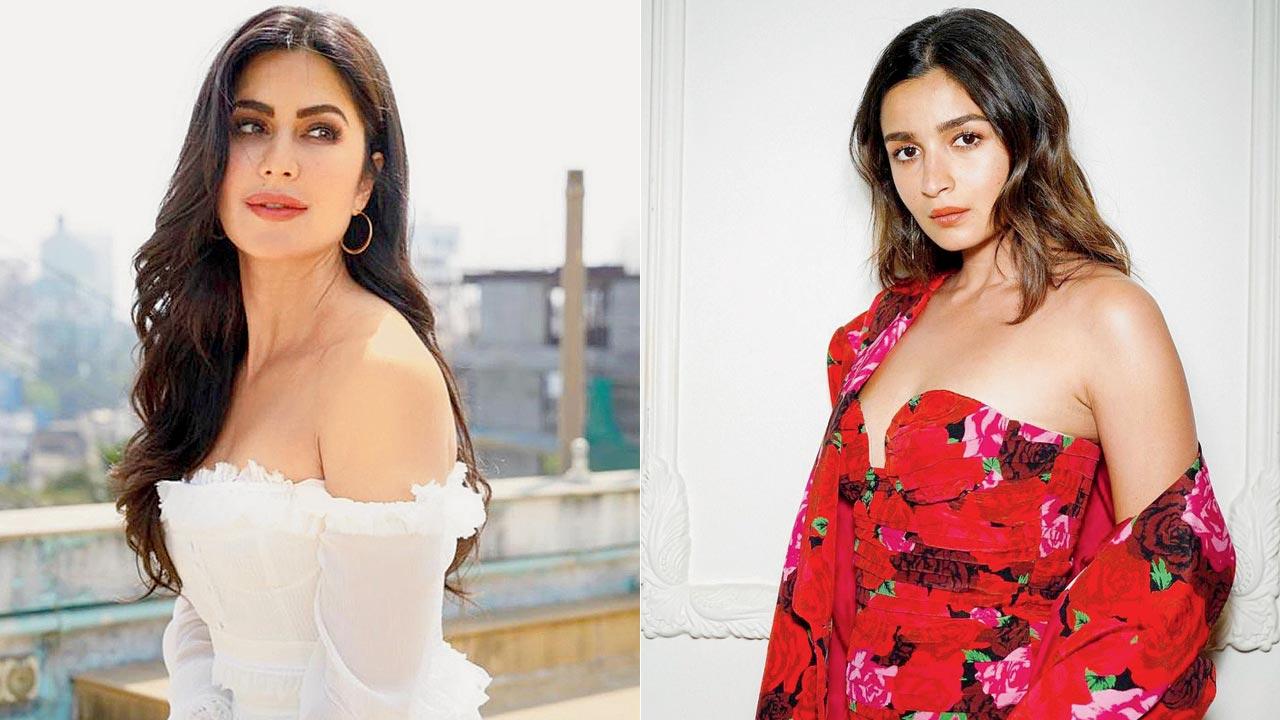 Never mind the history, Katrina Kaif and Alia Bhatt seem to share great camaraderie.  Though their collaboration Jee Le Zaraa, along with Priyanka Chopra Jonas, has reportedly been put on the backburner, the two actors root for each other. What’s more, it seems they even have a nickname for each other. When Alia shared the teaser of her maiden production venture Darlings yesterday, Katrina reshared it, commenting, “Alooo, looking too good.” The forrmer replied, “Love you my Katyyy.” Oh, so much love, we tell you.

Also Read: Have you heard? Another first for Kajol

Next Story : Up and about: Make a wish!