Have you heard? Mythological on track 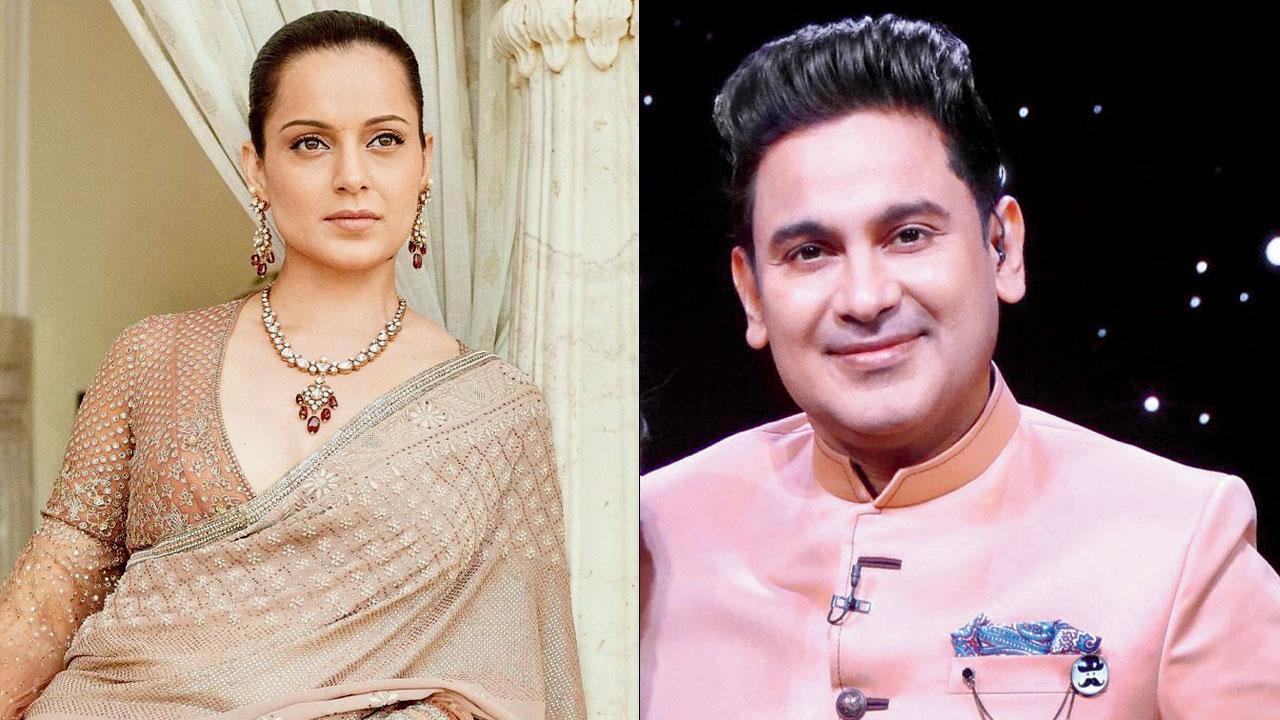 
Contrary to rumours, Kangana Ranaut’s Sita is very much on schedule. Manoj Muntashir, who is working on the screenplay and the lyrics, says, “We have locked the screenplay and are currently working on the dialogues. We will start the pre-production in September. Our director Alaukik Desai is a perfectionist; he is working on a water-tight script and production design before taking it on floors.” Reiterating that the movie will be made with Kangana, the writer-lyricist shares that she has loved the script. “She is our Sita beyond any reasonable doubt.” When probed about the reason for the delay since its announcement, Manoj asserts, “This much time is normal for a film of such magnitude.” He also revealed that Alaukik is working on the protagonist’s looks and planning workshops before they begin filming. Work on the soundtrack is also underway. He avers, “We will lock music by November. Since I am the common link between the script and the songs, I must get one job done before getting on to the other.” Manoj sums it up saying, “Sita is a film that must be made and we have everything under control.”

Also Read: Have you heard? Prabhas to clash with Hrithik, Deepika

Confessions on the couch 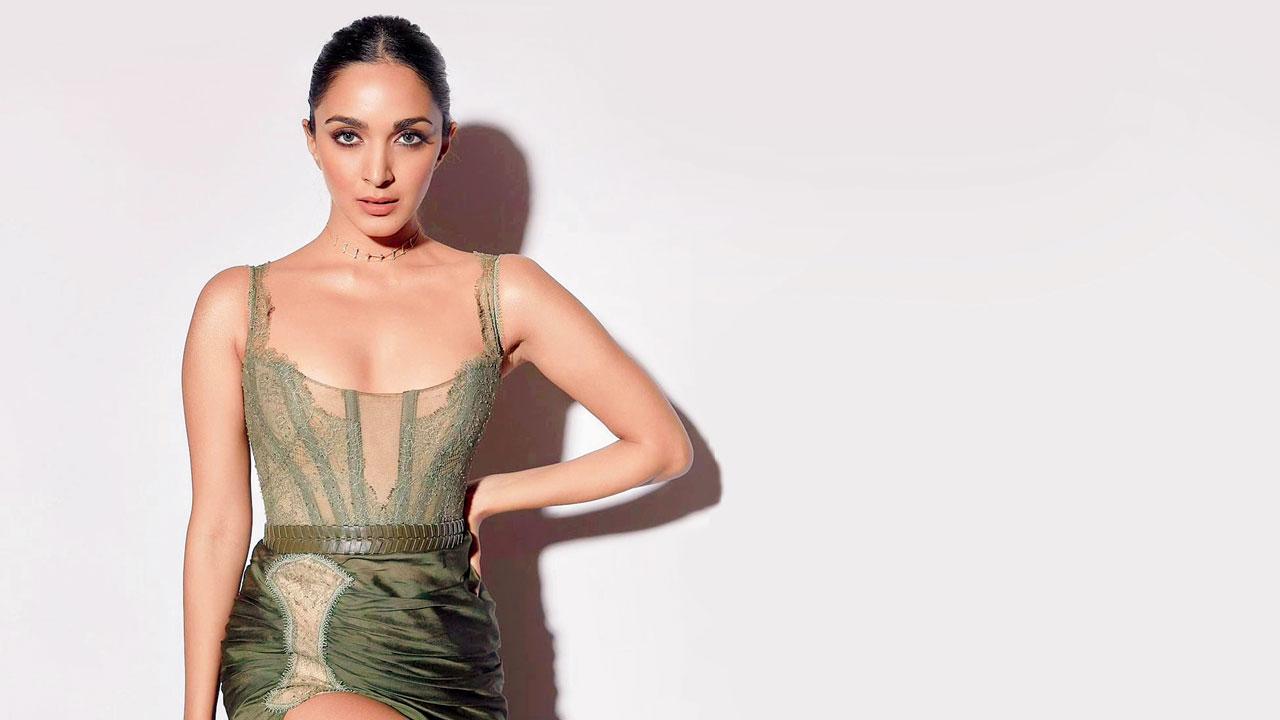 Sidharth Malhotra and Kiara Advani have denied dating ever since they collaborated on Shershaah (2021). In the upcoming episode of Karan Johar’s chat show, the filmmaker asked, “Now that you’re dating Kiara Advani, any future plans?” While the actor conceded, “I am manifesting it today,” the show host couldn’t help pursuing, “That you marry Kiara Advani?” Sid initially pretended to not hear, much to KJo and Vicky Kaushal’s amusement. 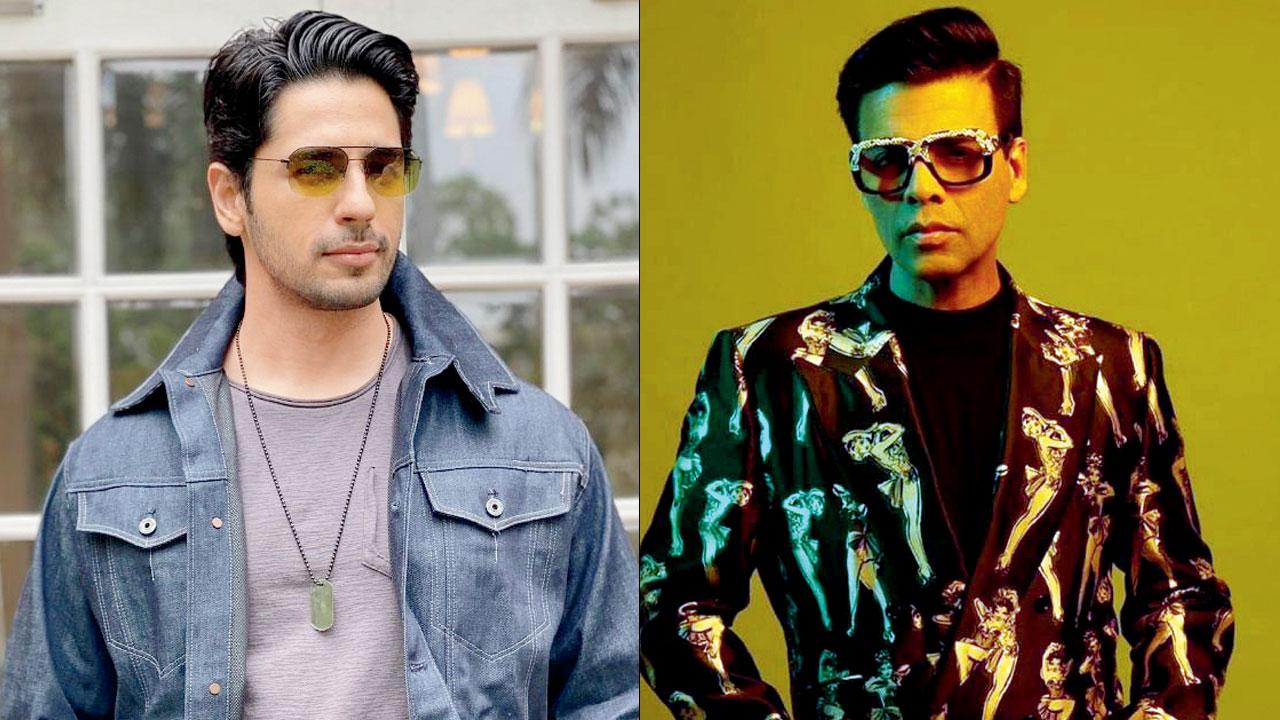 “I manifest a brighter and happy future,” he said later, but KJo and Vicky weren’t too convinced. Meanwhile, on the work front, Sidharth and Kiara are said to team up again. This time around, for a hatke love story titled Adal Badal. Apparently, the souls of their characters interchange in this supposedly mystic romance. Produced by Sunir Kheterpal, the rom-com will have extensive VFX and CGI. Sid and Kiara are said to be excited about this out-of-the-box concept, and an official announcement is expected after things are finalised. 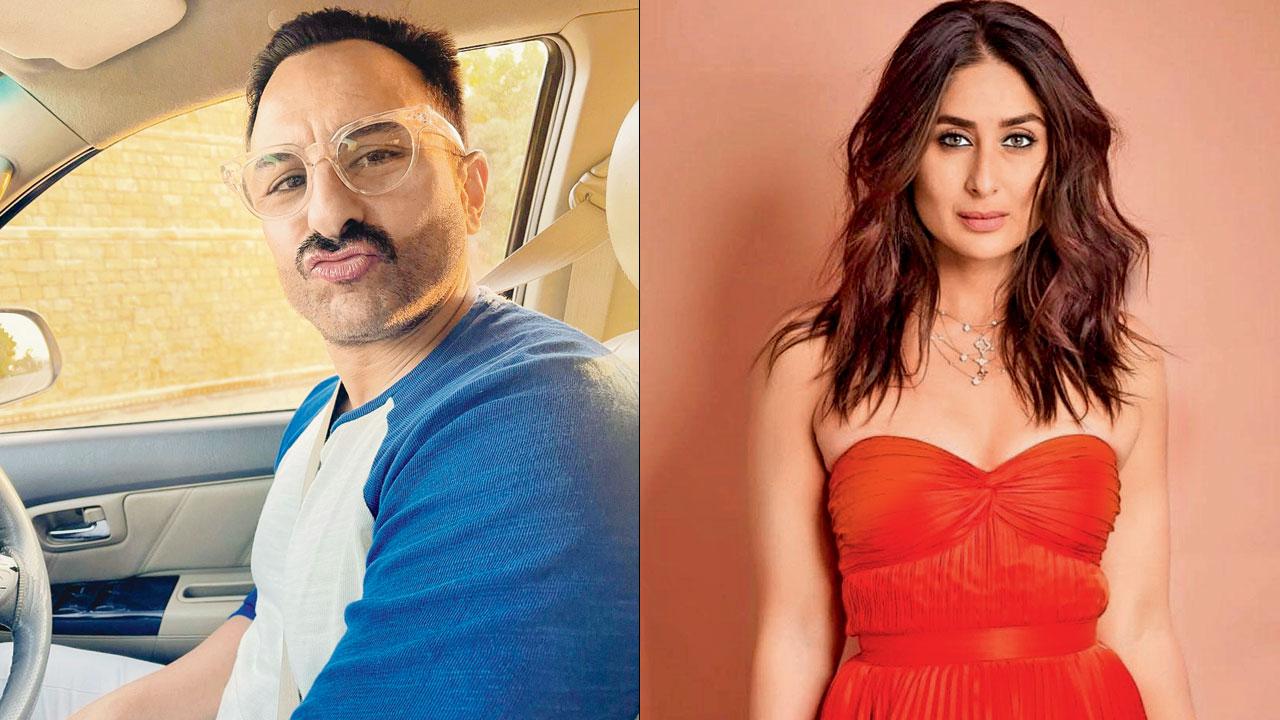 Yesterday was Saif Ali Khan’s 52nd birthday. His actor-wife Kareena Kapoor Khan marked the special day with a special post on social media. Sharing a picture of the Nawab pouting, she wrote, “Happy Birthday to the best man in the world. You make this crazy ride crazier and God, I wouldn’t want it any other way... These pictures are proof. I love you my Jaan and I have to say your pout is way better than mine... What say guys? (sic)” Among many others, Prabhas also wished Saif the best year ahead. Prabhas wrote, “Can’t wait for the world to see your breathtaking performance in Adipurush.”

Also Read: Have you heard? Recreating Dharavi in the UK for Tiger Shroff 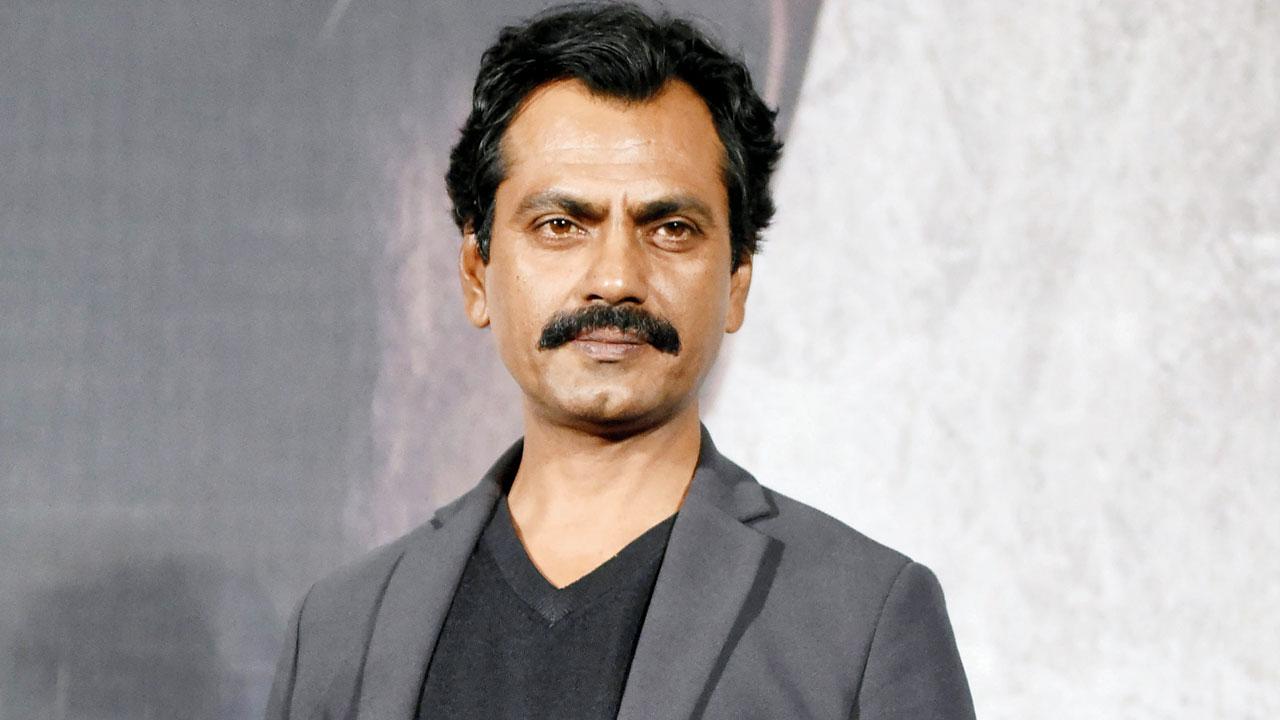 Nawazuddin Siddiqui will explore the fear of flying in director Pavan Kirpalani’s next, tentatively titled Fright Flight. The psychological thriller is said to be a sequel to Pavan’s 2016 film, Phobia. While the Radhika Apte-starrer dealt with agoraphobia — fear of being in public places with a lot of people — Fright Flight sees Nawaz play a character who suffers from overwhelming anxiety when aboard an aeroplane. Aerophobia, anyone?

Baby on the way 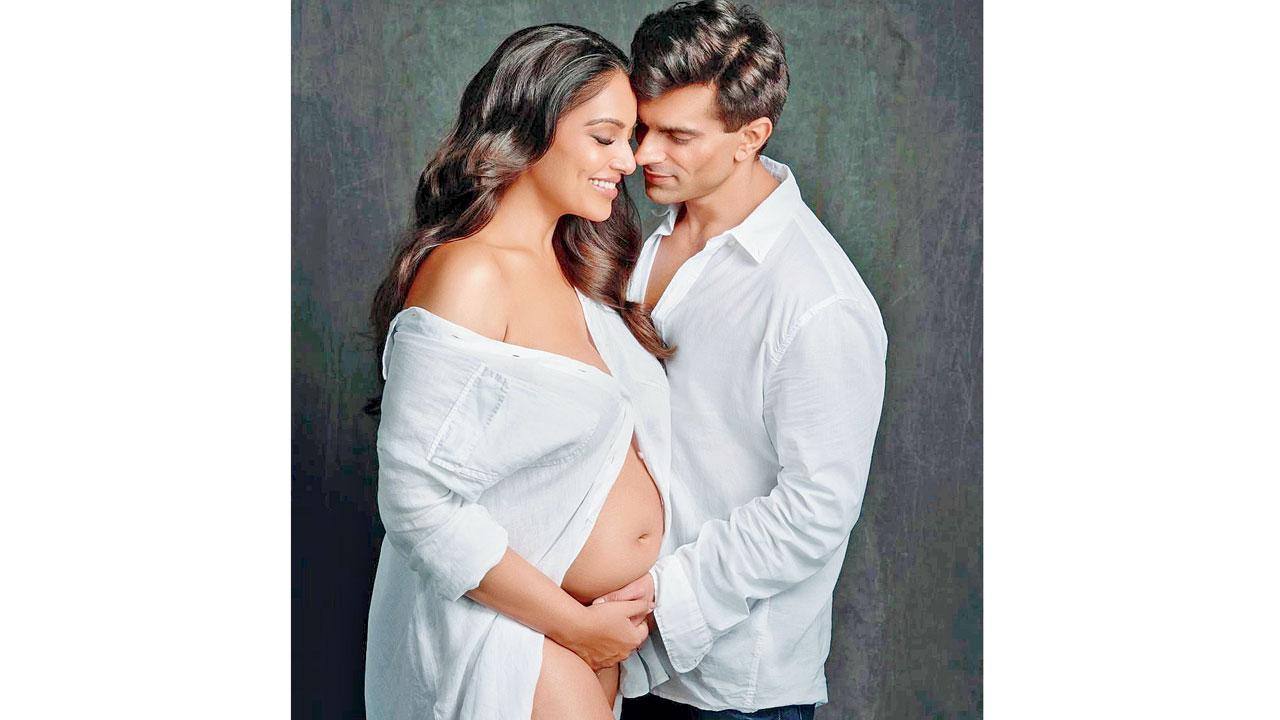 Bipasha Basu and Karan Singh Grover finally confirmed that they are expecting their first child. Sharing pictures flaunting her pregnancy, the couple shared that a new phase is adding another unique shade to their prism of life. Bips and KSG wrote, “Making us a little more whole than we used to be. We began this life individually and then we met each other, and from then, we were two.Too much love for only two, seemed a little unfair for us to see…so soon, we who once were two will now become three. A creation manifested by our love, our baby will join us soon and add to our glee (sic).” The duo, who celebrated their sixth wedding anniversary on April 30, concluded their post expressing gratitude for the unconditional love, prayers and good wishes showered on them by their fans. They signed off saying, “Thank you for being a part of our lives and manifesting with us another beautiful life, our baby.” 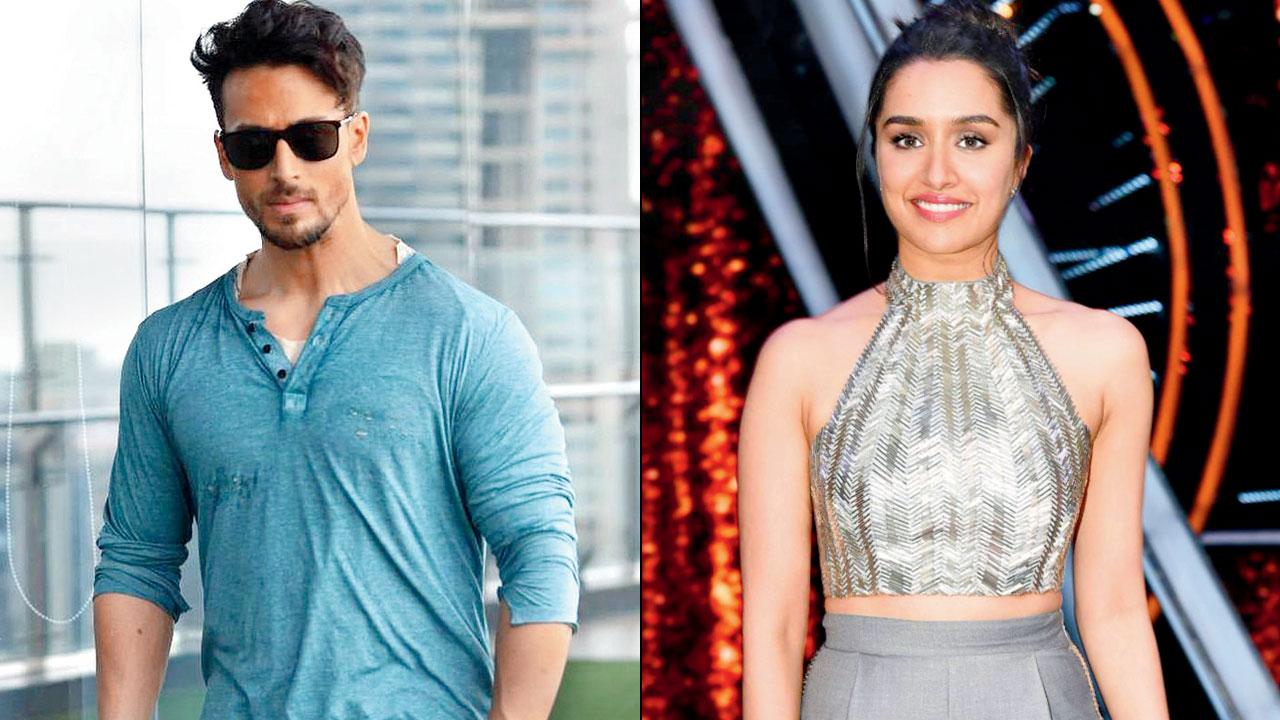 The buzz around town is that after two years since Baaghi 3, Shraddha Kapoor is set to reunite with Tiger Shroff on screen. Apparently, she is being paired opposite him in his next biggie, Bade Miyan Chote Miyan. Starring Akshay Kumar, the action-entertainer is said to be director Ali Abbas Zafar’s upscaled version of Amitabh Bachchan and Govinda’s 1998 comic caper. Sources say things will be finalised after Shraddha’s dates and other terms are locked. The makers are still shortlisting leading ladies to be cast opposite Akshay. While the film is slated to roll early next year, Ali has reportedly begun scouting for locations in England and Scotland.