Have you heard? Rewriting, renegotiating, and rebudgeting

Sources claim Dinesh feels that the actor’s asking fee is too high, especially after the debacle of Jersey 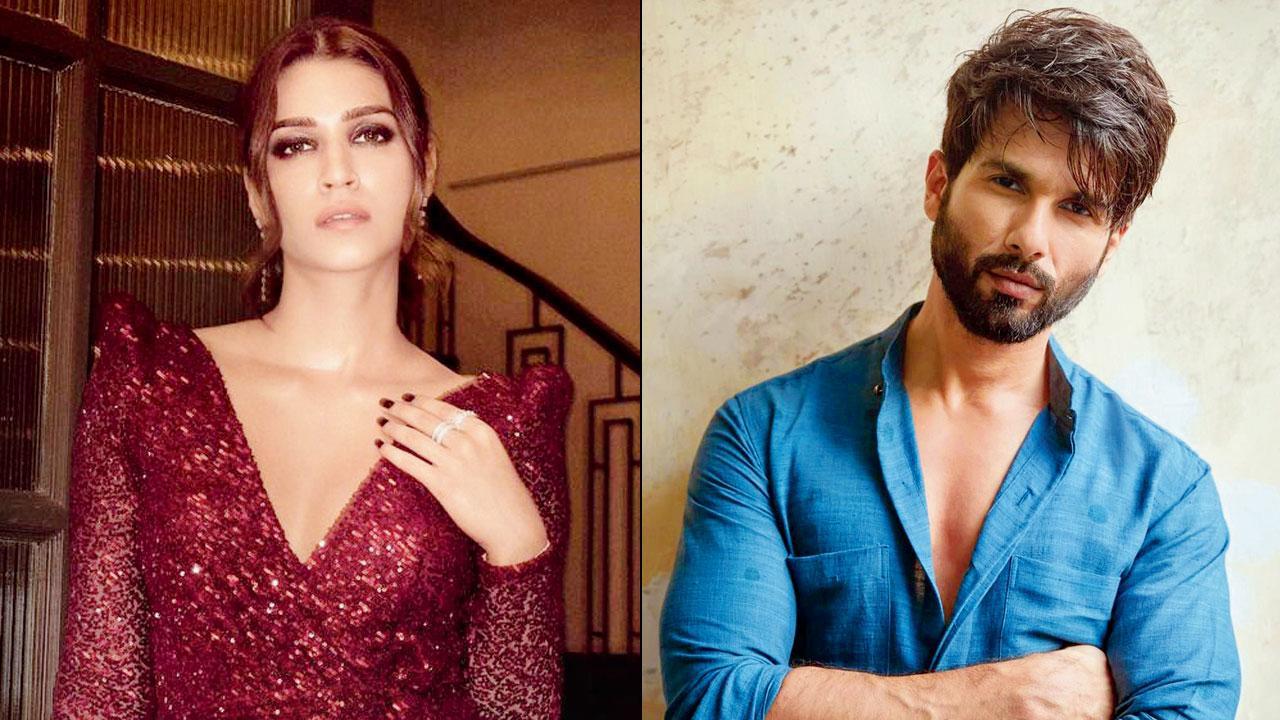 
Since most recent releases haven’t found many takers at the ticket windows, filmmakers are revisiting their scripts to ensure the narratives resonate with cinegoers. At the same time, they are also reworking their budgets to minimise the risks in case the project doesn’t fare well. The latest to tread with caution is producer Dinesh Vijan, who has reportedly deferred his robot rom-com with Shahid Kapoor and Kriti Sanon. Apparently, Sasha wasn’t too excited about the screenplay, and felt that the climax seemed to be more of an anti-climax. He conveyed his reservations to the producer and writer-director Amit Joshi, who understood his predicament and are said to be rewriting the screenplay. Since that would take a while, the trio has mutually decided to defer the production, from November 2022 to first quarter of 2023. Incidentally, Shahid’s remuneration is also a subject of debate. Sources claim Dinesh feels that the actor’s asking fee is too high, especially after the debacle of Jersey. So, they’re said to be negotiating on that too. Considering the nature of the story, the film will be high on VFX, which will consume a sizeable portion of the total budget. So, with Sasha’s high asking fee, the total cost is making the project commercially unviable. While these nagging issues are resolved, the actor is said to have allotted those dates to south director Rosshan Andrrews’s Bollywood debut. The yet-untitled film stars Sasha as an investigating officer who loses his memory in a road accident.

Also Read: Have you heard? Another series for Emraan Hashmi 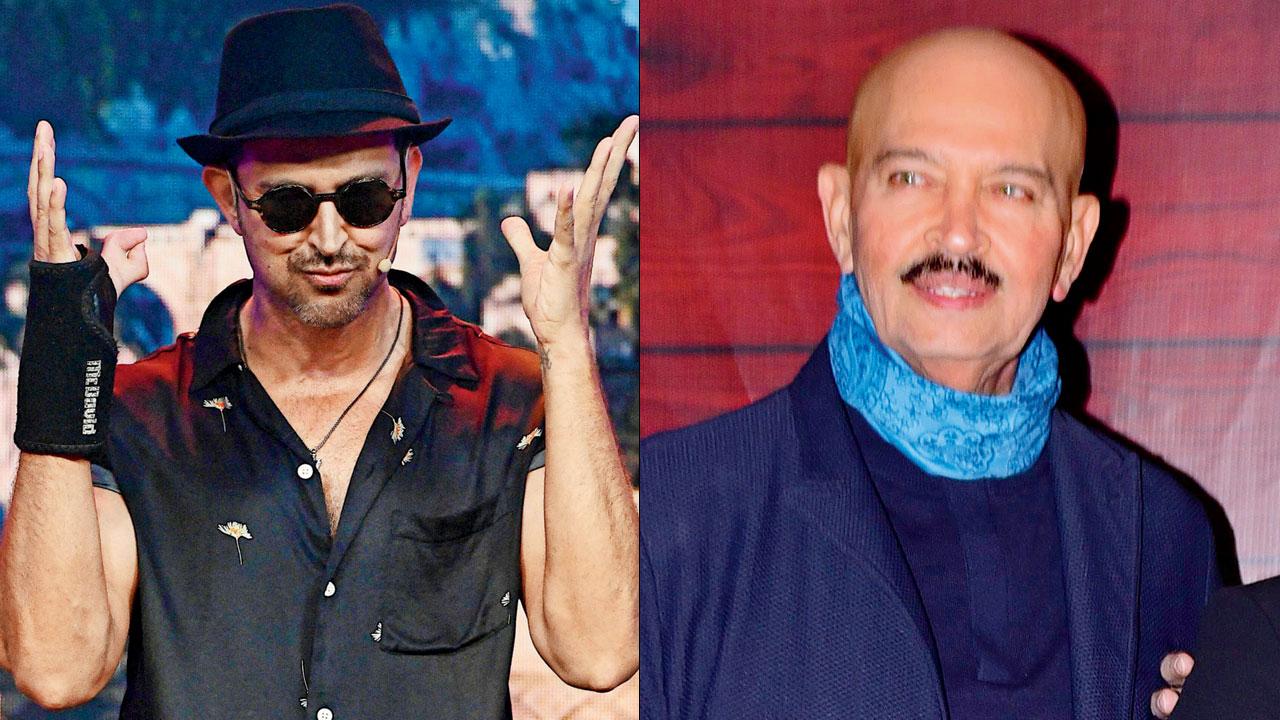 Even as Hrithik Roshan preps for his next, Fighter, he is also gearing up for Krrish 4. The superhero franchise is a pet project for the actor ever since his filmmaker-father Rakesh Roshan conceptualised it with Koi… Mil Gaya (2003), and took it forward with the Krrish films. Duggu feels that a lot has changed over the last decade, from the language of filmmaking and treatment to audience’s tastes. So, to ensure that the franchise remains relevant in the coming years, the actor is keen to rope in a director who can give it a new perspective and direction. Roshan Sr will oversee Krrish 4 to ensure that the director retains essence of the franchise. 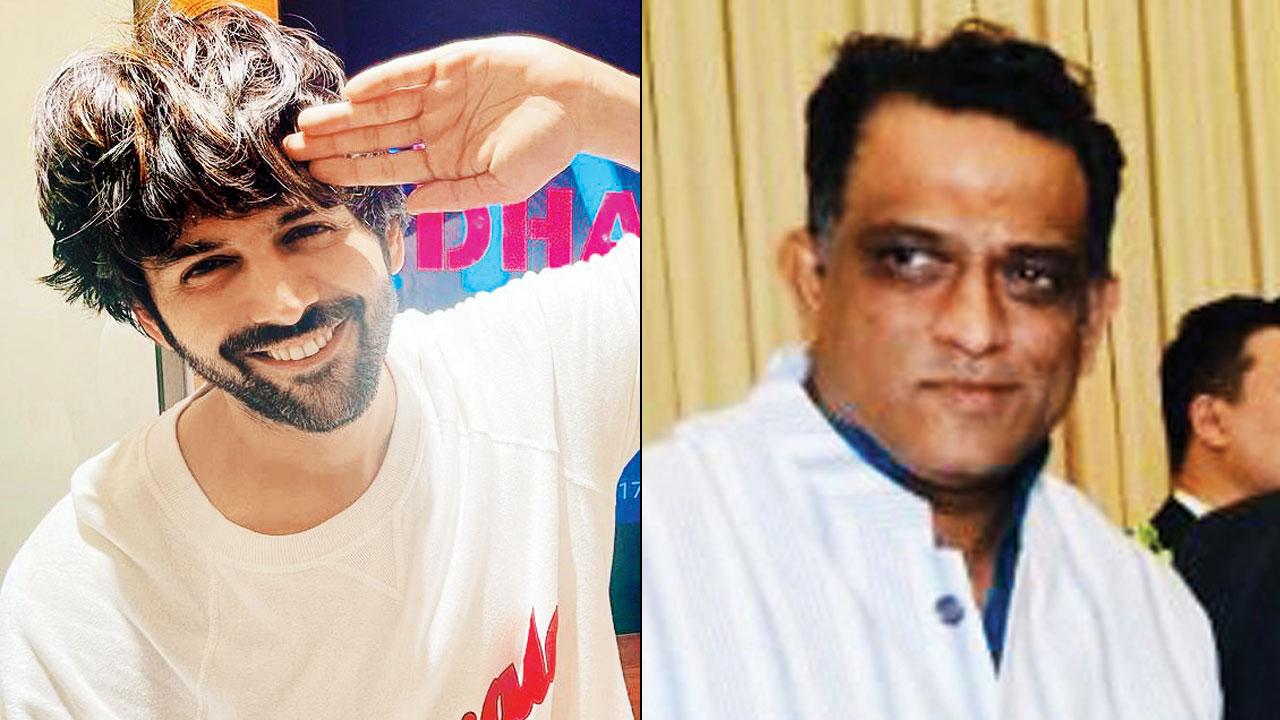 Yesterday, mid-day reported that Kartik Aaryan is set to work with Anurag Basu on a musical romance (Forming new associations, September 5). Now, we have it that the film in question is Aashiqui 3. Having watched Aashiqui (1990) in his growing up years, the actor feels privileged and grateful to be signed on for the third instalment. Kartik said, “I’ve been a fan of Anurag sir’s work and collaborating with him on this one will definitely shape me in many ways.” Anurag added, “It is my first venture with Kartik Aaryan, who is known for his hard work, dedication, grit and determination towards his work and I’m truly looking forward to this one.” This development marks Kartik’s fourth association with a franchise, after Pyaar Ka Punchnama, Love Aaj Kal and Bhool Bhulaiyaa 2.

Also Read: Have you heard? Taking no chances 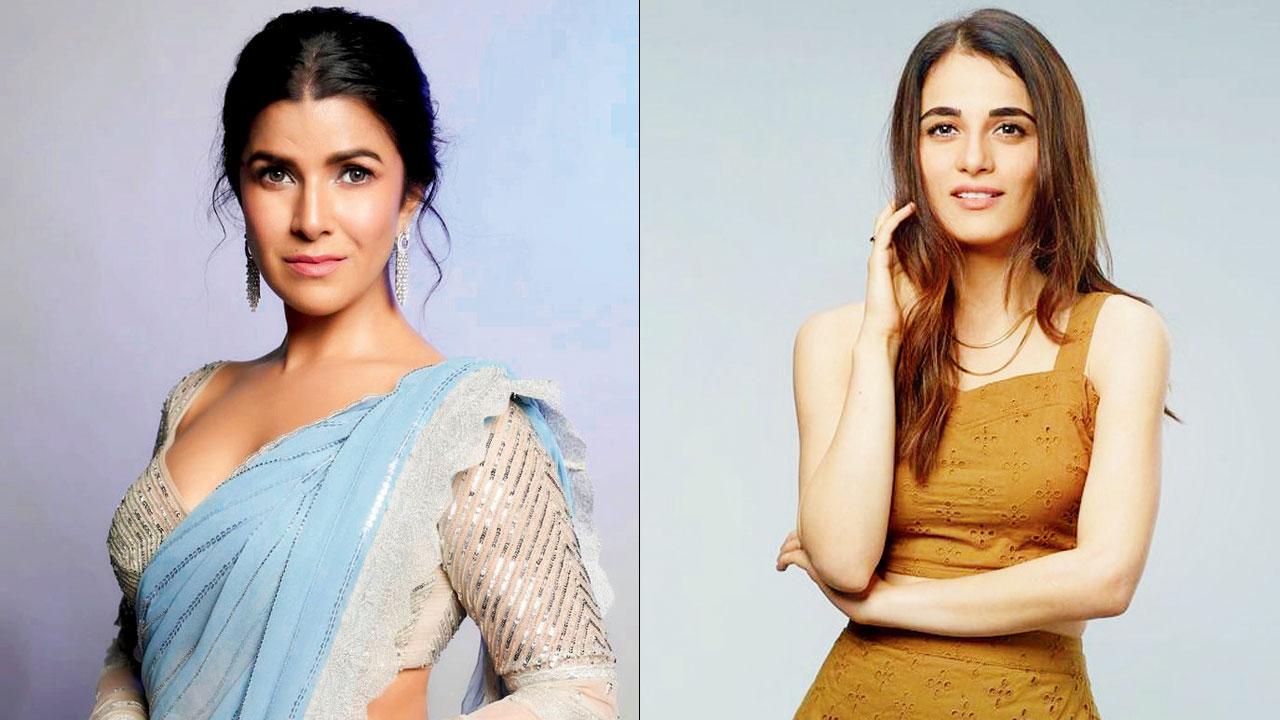 The occasion of Teachers’ Day yesterday saw the announcement of a new film, aptly titled Happy Teachers’ Day. Starring Nimrat Kaur and Radhika Madan, the social thriller will be helmed by Mikhil Musale, who has also scripted it along with Parinda Joshi. Even though the plotline and other details are being kept under wraps, the announcement video indicates that apart from educating, enlightening, empowering and shaping our lives, teachers can also have their own life. While the rest of the cast is yet to be finalised, the makers shared that the movie will release around Teachers’ Day 2023. 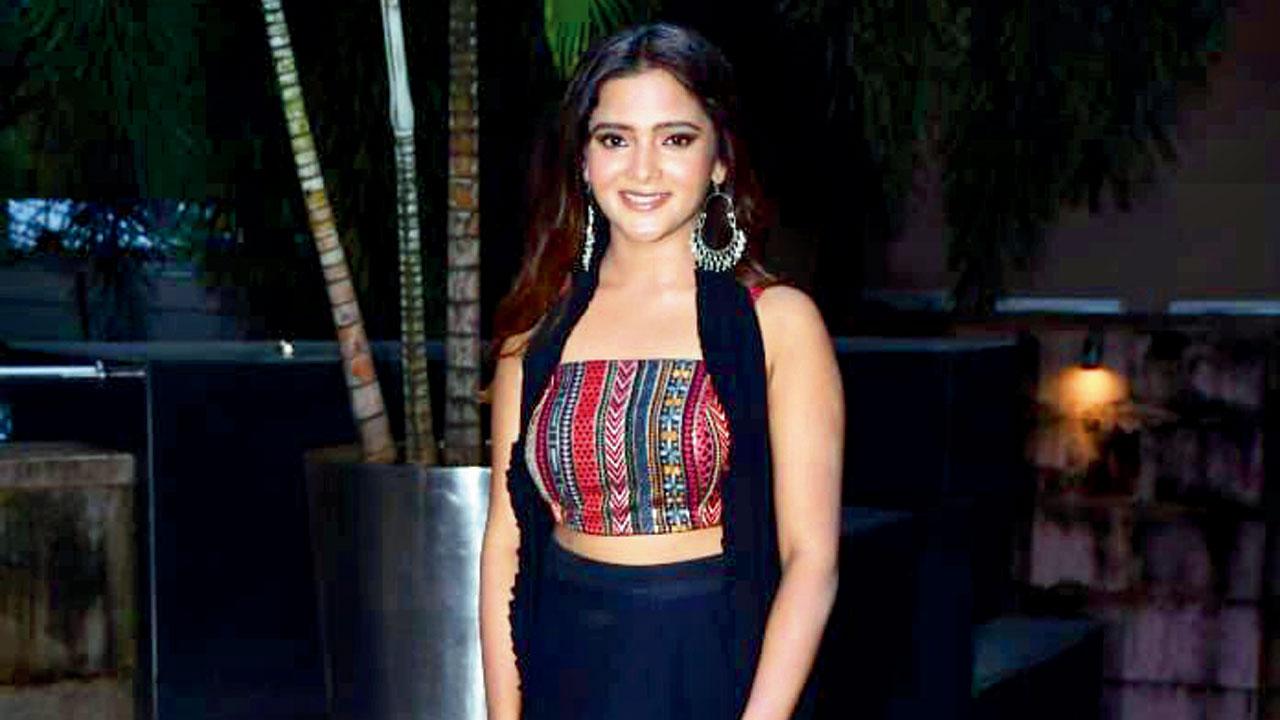 To ensure that she plays the part of a sexual assault survivor in Manish Mundra’s Siya, Pooja Pandey met real-life survivors. Terming her interactions with them an ‘eye-opening experience’, the actor says, “Understanding their agony, struggle and journey has immensely helped me shape and play my character. These women are real bravehearts and their story is something the world should be aware of. Women are not weak, they are empowered and strong and to have such cases prevalent is heart-wrenching.” 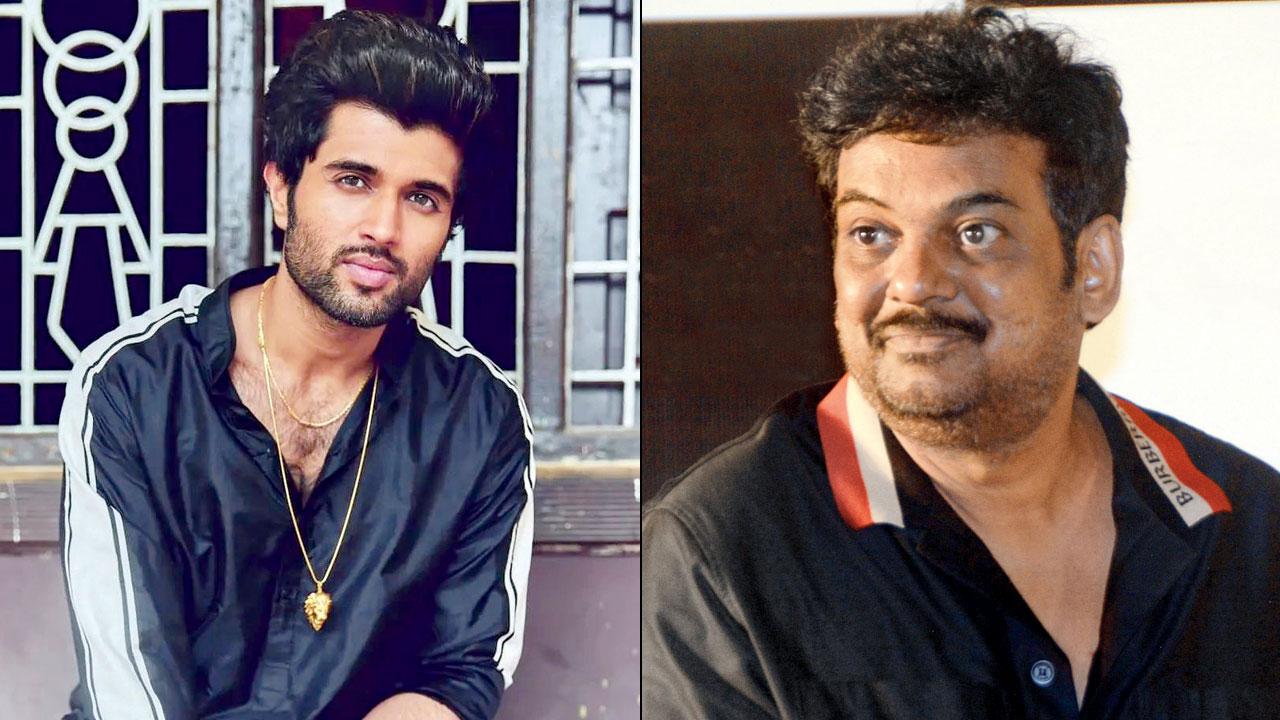 Rumours are rife that Jana Gana Mana (JGM), Vijay Deverakonda’s second film with director Puri Jagannadh, has been shelved. Sources attribute this development to the disastrous performance of their recently-released collaboration, Liger. After the action drama failed to wow audiences, it was reported that Puri and Vijay would be using their remuneration to compensate distributors. It was also said that the duo would be revisiting the script of JGM and reworking its budget before heading to Morocco for a two-and-half-month action-packed schedule. Now, news is that one of the producers has opted out despite some portions having been shot in two spells since the film’s announcement in March this year. It remains to be seen whether Puri and Vijay can salvage the director’s dream project.

An ode to mothers 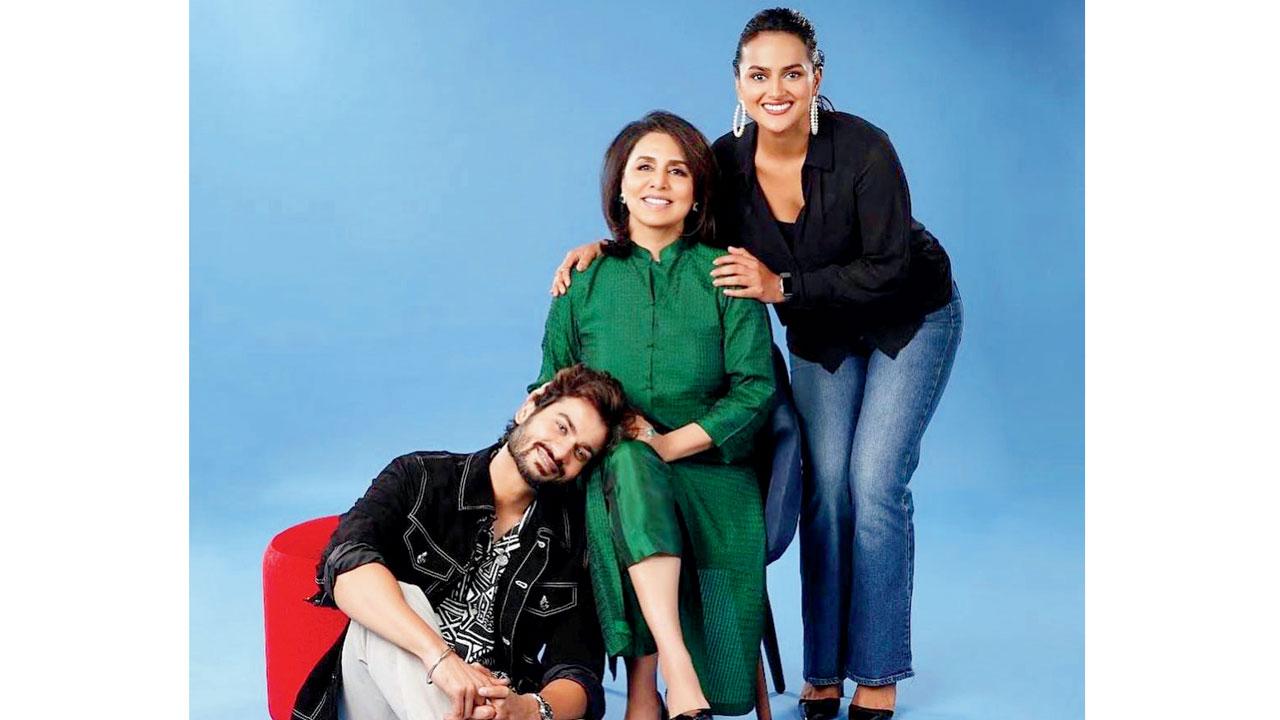 After Vicky Kaushal worked with Ranbir Kapoor in Sanju (2018), the former’s brother is now teaming up with the latter’s mother. Sunny Kaushal plays Neetu Kapoor’s son in director Milind Dhaimade’s yet-untitled coming-of-age film revolving around the mother-son bond. Neetu, who fell in love with the script the moment she read it, reportedly said, “It goes beyond the regular mother-son story and explores a different side that sets a unique tone to the rom-com genre.” Sunny shared that as soon as he read the script, he knew it is special and had to be a part of it as it pays a tribute to mothers.

Next Story : Kangana Ranaut: Filmmaking a blend of prep and practice