Have you heard? Have You Heard? Four-way race for the Chempakaraman Pillai biopic

Rumours suggest that Ranbir Kapoor, Shahid Kapoor, Arjun Kapoor and R Madhavan are being considered for the biopic of the political activist and revolutionary freedom fighter 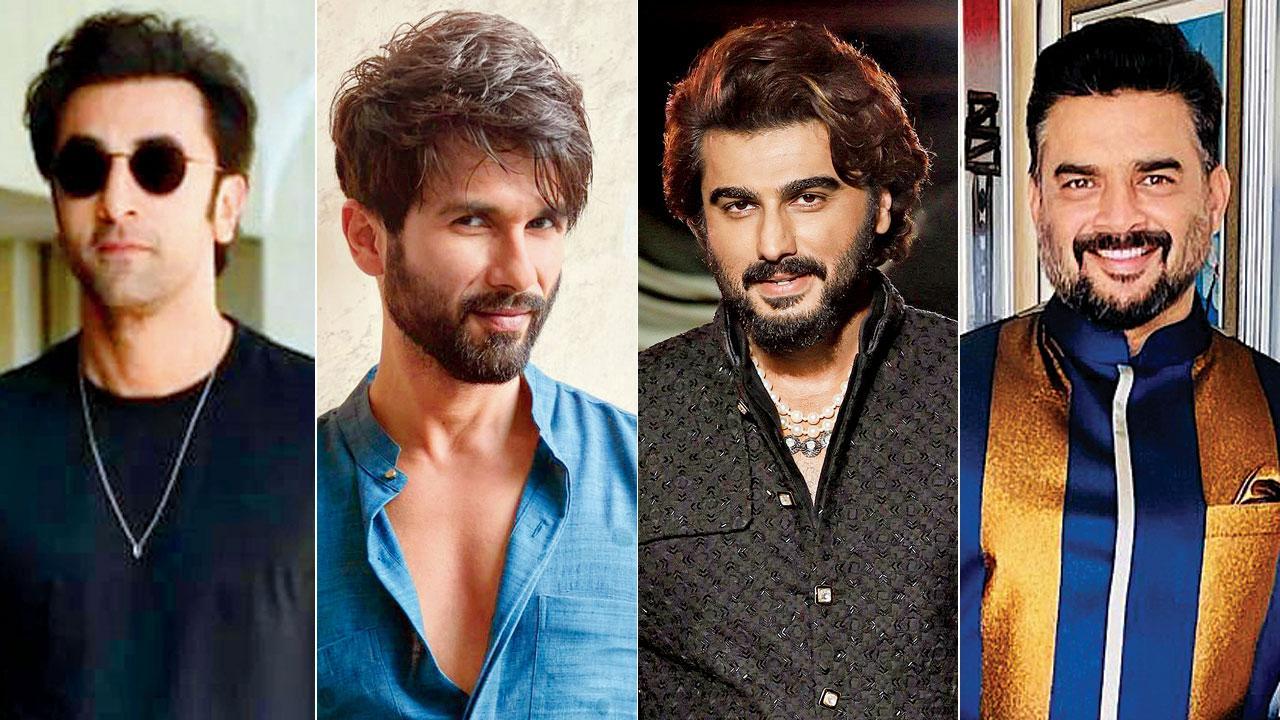 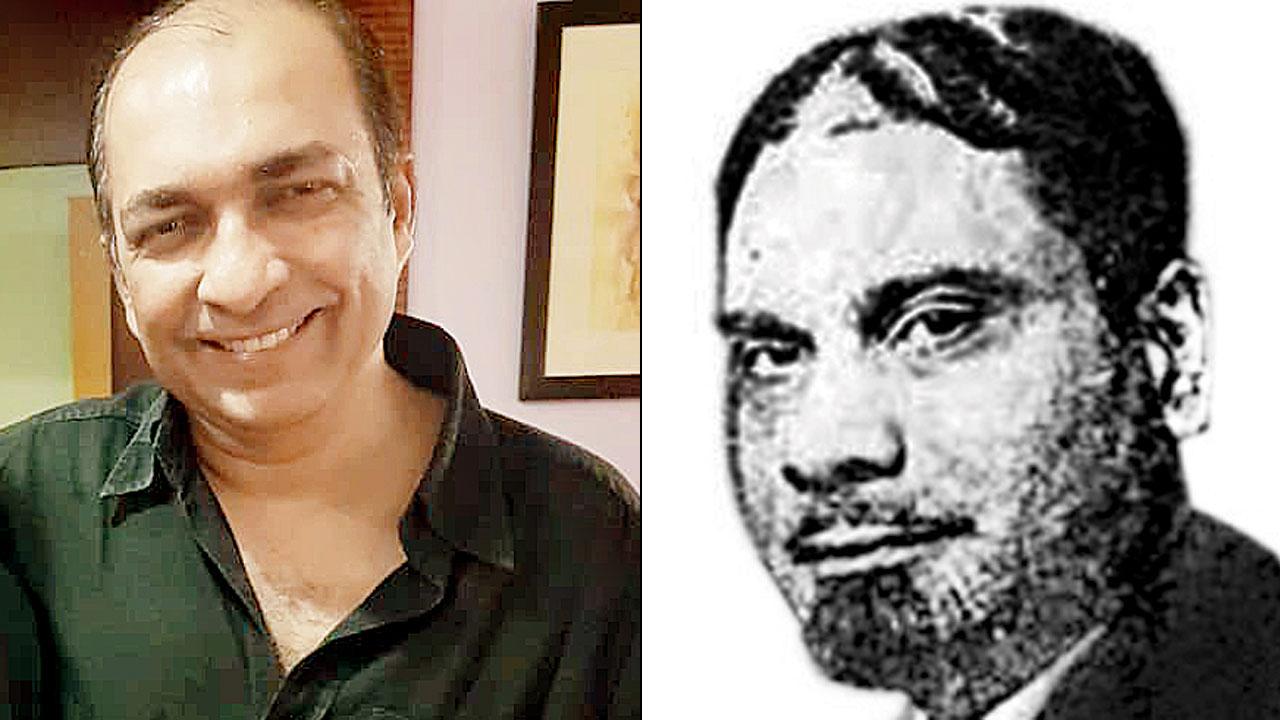 The buzz about town is that Ranbir Kapoor, Shahid Kapoor, Arjun Kapoor and R Madhavan are being considered for the biopic of political activist and revolutionary freedom fighter, Chempakaraman Pillai. What makes it interesting is that it was Pillai who first coined the phrase, ‘Jai Hind’ in 1907. The biopic will also delve into his association with Netaji Subhas Chandra Bose that began after the First World War and how the latter adopted ‘Jai Hind’ as the slogan for his Indian National Army in 1940. To be helmed by National Award-winning director Rajesh Touchriver aka MS Rajesh, the film, tentatively titled Jai Hind, is being produced by Anjum Rizvi, Raghavendra N and Riju Bajaj. When contacted, Anjum confirmed the development, saying, “India has innumerable heroes who played an important part in our freedom struggle. Pillai was one of the many lesser-known gems of our history. We felt it is necessary to tell his story and that’s how our journey began.” When probed about who among Ranbir, Shahid, Arjun and Maddy fit the part, the producer clamped up. “The film is still in the scripting stages. Once the final screenplay is locked, we will begin casting for the appropriate characters.” While the period saga is said to begin in 1891, with Pillai’s birth, it will trace his journey from Thiruvananthapuram to Europe, from where he led his fight against the British Raj and later joined hands with Netaji. 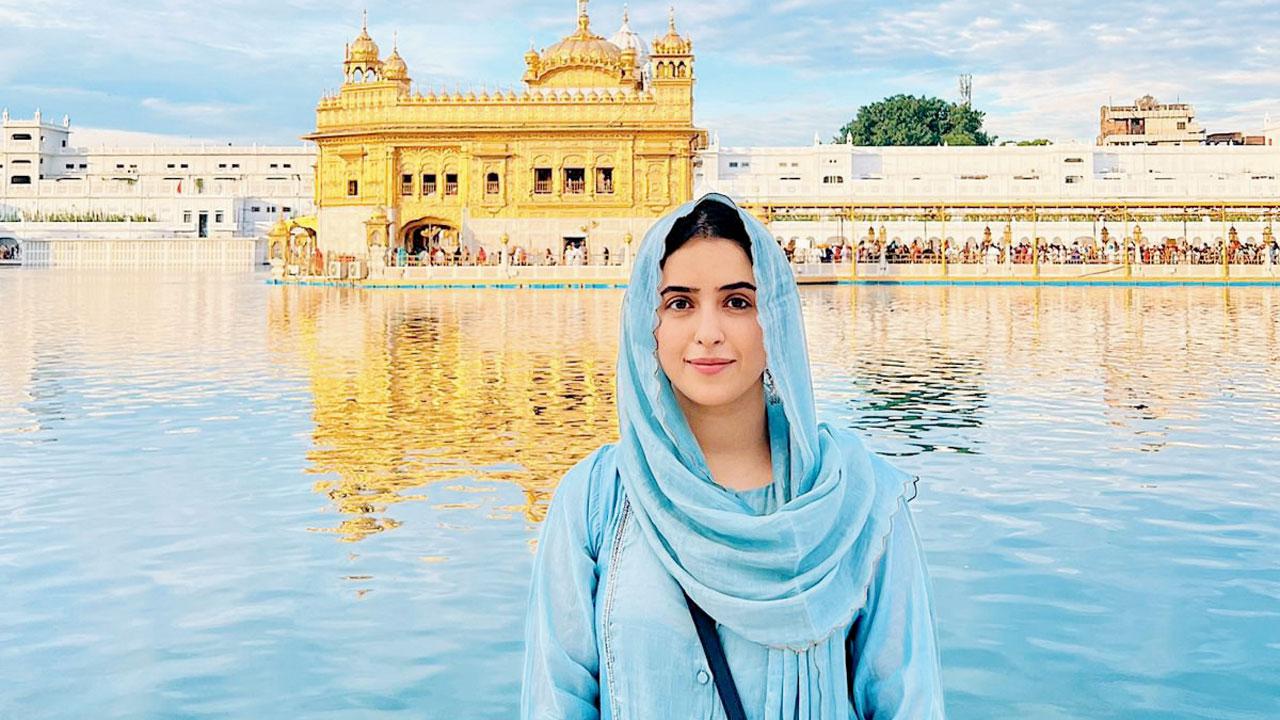 Sanya Malhotra recently  began shooting for her next, Sam Bahadur. Meghna Gulzar’s biopic on legendary Field Marshal, Sam Manekshaw, features Vicky Kaushal in the titular role, with Sanya as his wife and Fatima Sana Shaikh portraying former Prime Minister, the late Indira Gandhi. Despite a packed schedule, Sanya made a quick trip to Amritsar, to seek blessings at the Golden Temple. The actor has an interesting line-up, including the remake of The Great Indian Kitchen.

Also Read: Have you heard? Prabhas to clash with Hrithik, Deepika 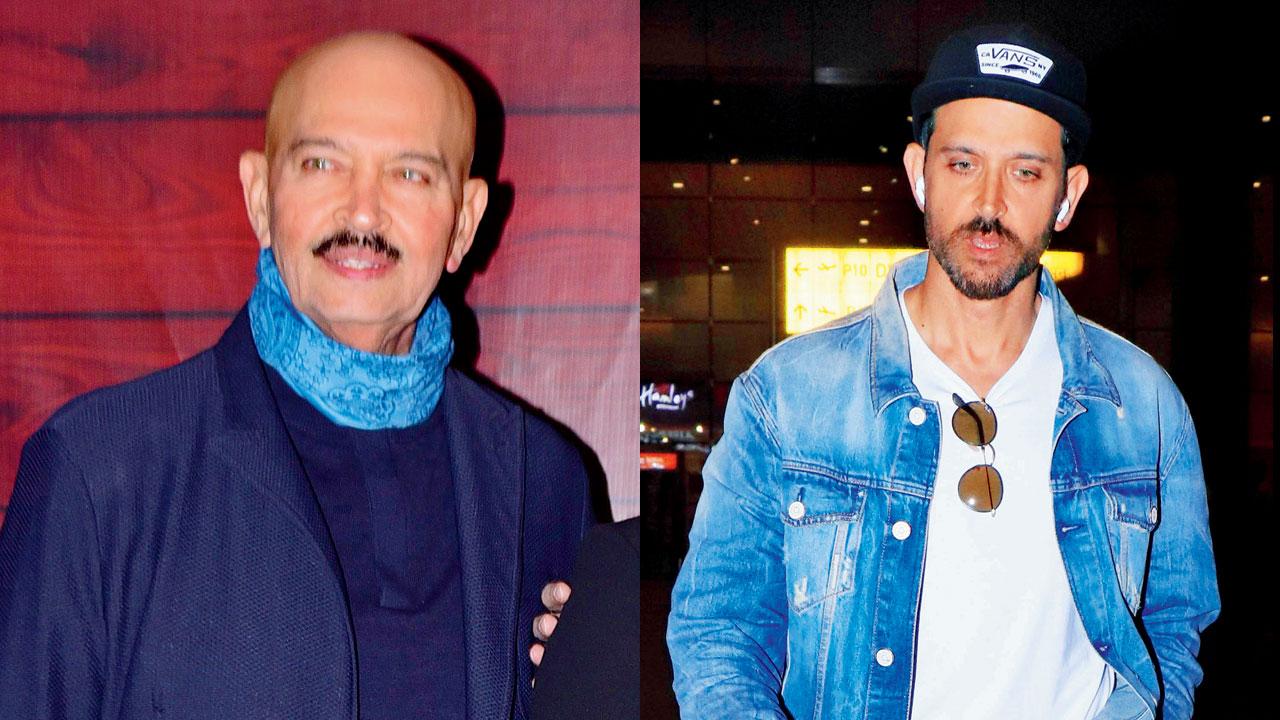 Over a year since Hrithik Roshan announced Krrish 4, we hear the superhero franchise’s creator, Rakesh Roshan is working on the critical parts of the screenplay. The new film will reportedly begin where Krrish 3 (2013) ended — Hrithik’s Krishna and Priyanka Chopra’s Priya welcome their first child, Rohit, who also gives a glimpse of his superpowers. It is being said that after Roshan senior finalises the screenplay, will they begin work on the logistics and casting. Hrithik, who has Vikram Vedha slated to release on September 30, has begun training for Siddharth Anand’s Fighter, which goes on floors in the next few weeks. 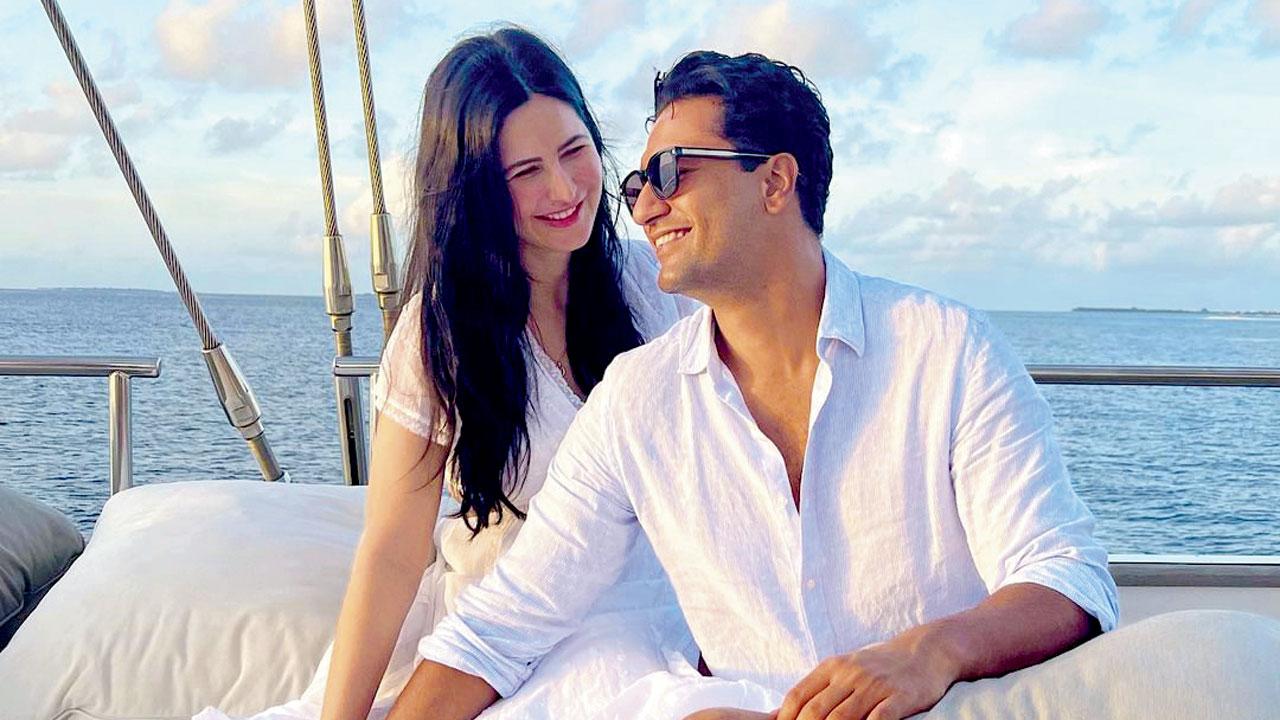 Barely two months after Vicky Kaushal’s team denied that his actor-wife Katrina Kaif is expecting their first child, the rumours have begun doing the rounds again. This time around, the buzz was triggered after Katrina was spotted at the airport recently, wearing an oversized sweatshirt. Since then, netizens have been claiming that the Tiger 3 actor is hiding her baby bump. While it is being said that Vicky has not spoken about going in the family way, it is being reported that Kat might just make a revelation when she graces the Koffee with Karan couch. So much for being private people, we tell you. 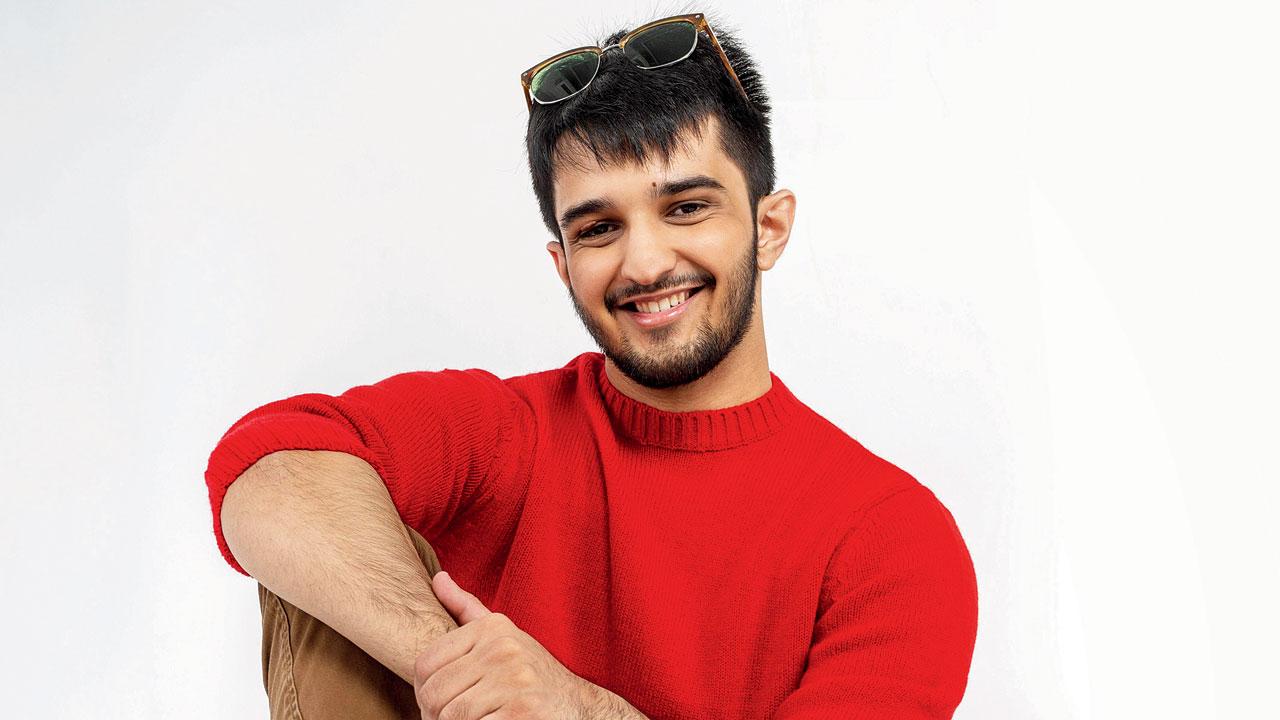 Markand Soni, who impressed audiences with his performance as a child artiste in Khichdi: The Movie (2010), is excited about his next big venture, BrahmÄstra: Part One — Shiva. He says working with director Ayan Mukerji was a dream come true. Markand recalls, “Working with Ayan provides one with unique creative experiences. Sitting beside him and listening to him discuss every little aspect of the movie and my part was a great start to my BrahmÄstra journey. He made sure I understood the plot and my character well.” 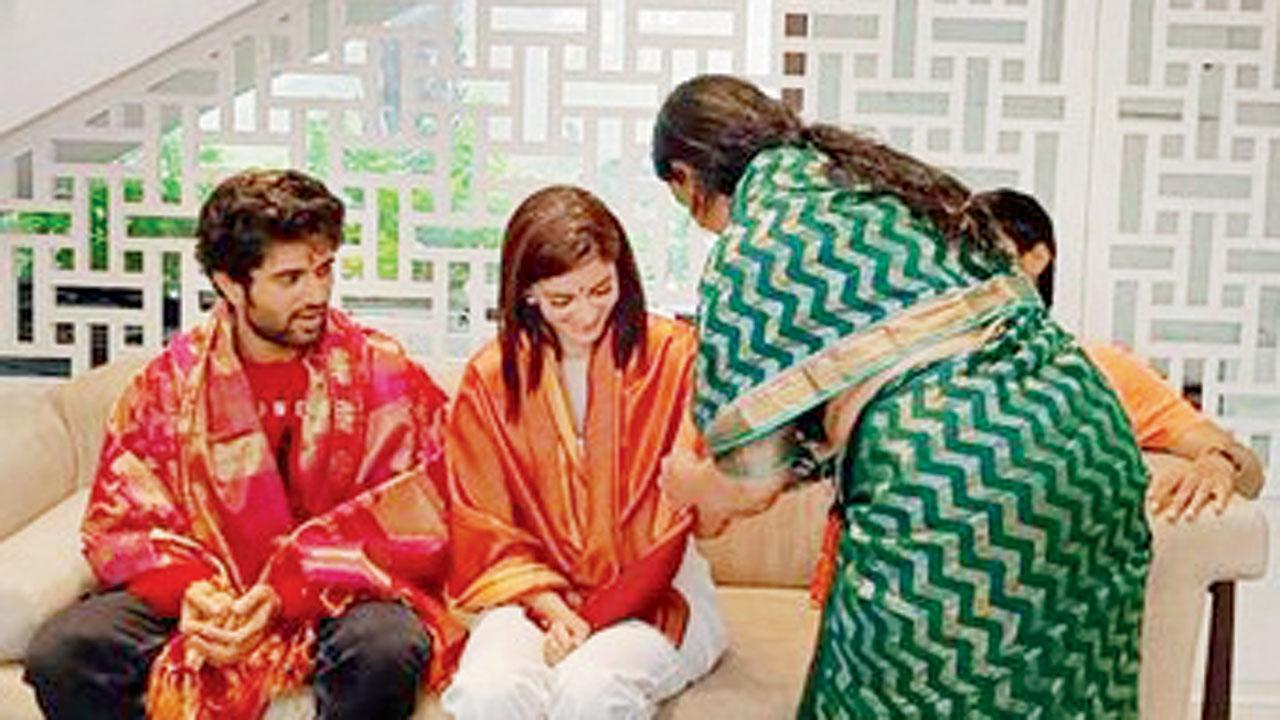 Vijay Deverakonda and Ananya Panday had a stopover at his home during the promotions of their upcoming film, Liger, in Hyderabad recently. Interestingly, his mother had organised a puja for them, ahead of the romance action drama’s release. Sharing pictures from the rituals online, Vijay wrote, “This whole month touring across India and receiving so much love already felt like God’s blessing! But Mummy feels we needed his protection…So puja and sacred bands for all of us... Now she will sleep in peace while we continue our tour (sic).” Posting the same pictures, Ananya shared, “Blessings from Vijay’s amma and a puja at his home in Hyderabad for Liger . Thank you aunty.”

Also Read: Have you heard? Recreating Dharavi in the UK for Tiger Shroff 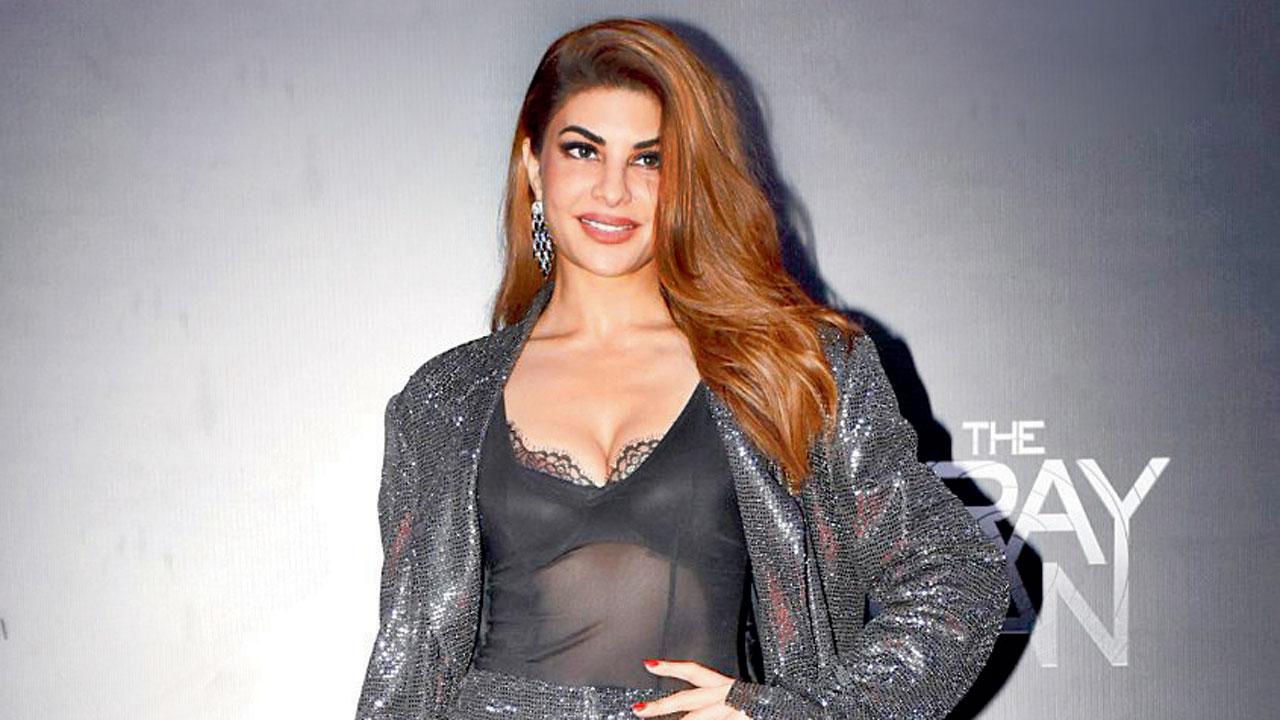 It appears as if there is no early respite for Jacqueline Fernandez. The Bachchhan Paandey actor has been interrogated by the ED (Enforcement Directorate) a number of times in the last few months regarding her association with alleged conman Sukesh Chandrashekar in a Rs 200-crore extortion case. Sources tell us that the ED has named Jackie as an accused in the supplementary chargesheet filed in a Delhi court. While there’s no official intimation of the same, the agency had also previously attached fixed deposits worth over Rs 7 crore in her name. Earlier, the ED had also seized Jackie’s passport, but it was given to her after she filed a plea in court to travel abroad.