Actor Pankaj Tripathi, who is known for his work in 'Gangs of Wasseypur', 'Mirzapur', 'Bareilly Ki Barfi' and several others, has been roped in as the National Icon, as announced by the Election Commission of India 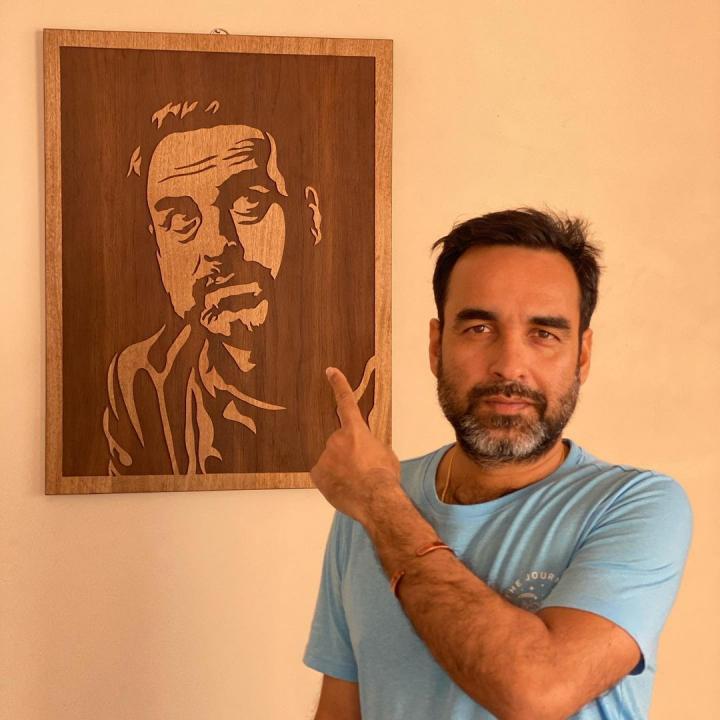 
Actor Pankaj Tripathi who is known for his work in 'Gangs of Wasseypur', 'Mirzapur', 'Bareilly Ki Barfi' and several others, has been roped in as the National Icon, as announced by the Election Commission of India (ECI). The actor was already State Icon of Bihar to create awareness and encourage youth as voters and participate in the elections in Bihar. The ECI is launching a special programme in collaboration with All India Radio (AIR) which will include a series titled 'Matdata Junction' with 52 episodes of 15 minutes each to be broadcast every Friday on Vividh Bharti stations, and other primary radio channels of AIR.

The programme will be broadcast in 23 languages across 230 AIR channels. Pankaj Tripathi will join the launch of Matdata Junction as the National Icon. Chief Election Commissioner Rajiv Kumar along with Election Commissioner Anup Chandra Pandey complimenting Pankaj Tripathi announced during the election commission meet and launch of the Matdata Junction.

"I believe they have seen my dedication and responsibility as the State Icon of Bihar. Whenever there is a requirement to share an audio and video clip to spread awareness for the voters, I promptly share informative details within no time. Mr Rajiv Kumar announced my name as the National Icon is a kind gesture. He also went on to mention that Pankaj does not charge for any commercials for such initiatives and his love towards democracy is highly appreciated. Hence, he announced me as the National Icon of our country," he said.

Expressing his gratitude, the actor added: "I am grateful to the Election Commission. As an actor, I believe I also have some social responsibilities towards the society. The title which is bestowed upon me I'll abide by it sincerely in my full capacity. I shall be available as much as possible whenever the Election Commission needs me to spread awareness and be a part of campaigns. I am extremely happy and it's a great responsibility and I'll fulfil it's duties sincerely."

On the work front, Pankaj Tripathi is currently shooting the third instalment of the streaming series 'Mirzapur'. He will soon be seen in 'OMG 2' followed by 'Gulkanda Tales', again a Prime Video series.

Also Read: I get to witness the victory of good over evil everywhere, says Aliya Hamidi