In the picture, the 'Dangal' actor was seen sitting on a chair while Ranveer could be seen giving a warm hug to the Laal Singh Chaddha actor while resting his head on Aamir's chest 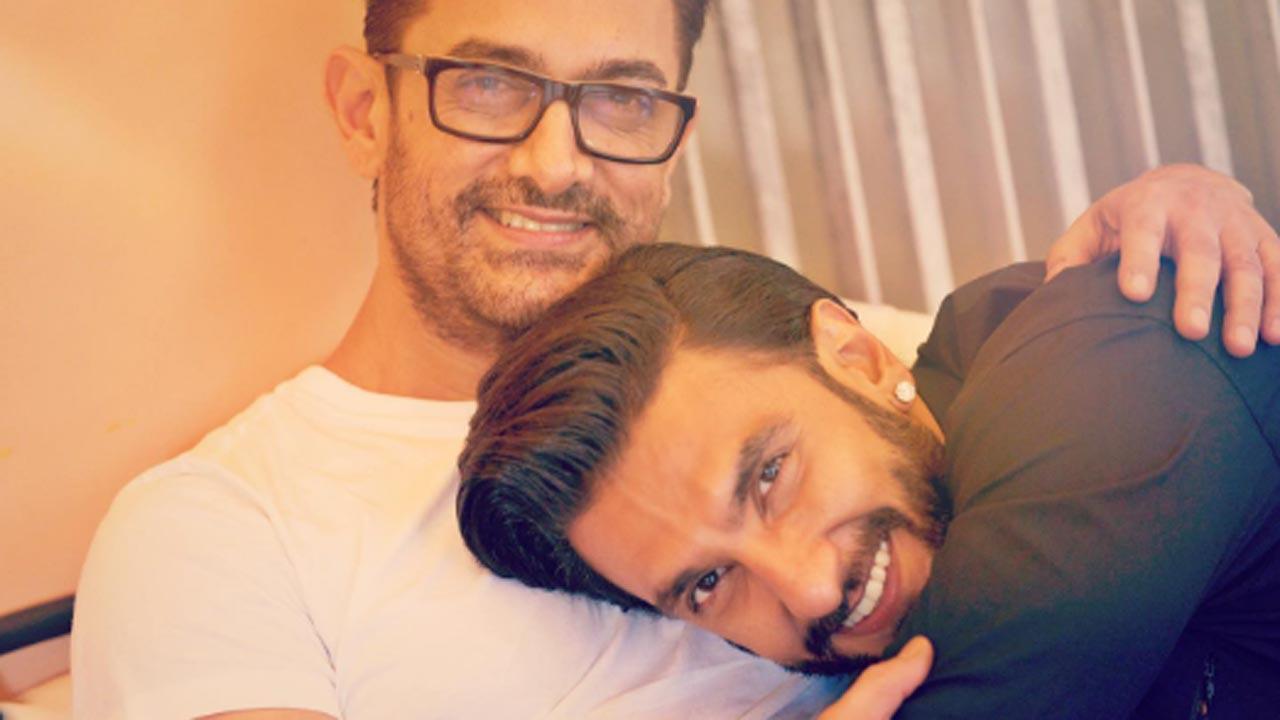 
Actor Ranveer Singh dropped a cute picture of Aamir Khan on Thursday on his social media account. Taking to his Instagram handle, the 'Padmaavat' actor made an entry in an all-black outfit at the 'Laal Singh Chaddha' screening. Ranveer treated his fans with an after-event picture. In the picture, the 'Dangal' actor was seen sitting on a chair while Ranveer could be seen giving a warm hug to the Laal Singh Chaddha actor while resting his head on Aamir's chest.

Both actors smiled and posed for the camera. Lovebirds Ranveer and Deepika Padukone never fail to catch the eyeballs with their stylish appearances. The two graced the red-carpet screening of Aamir Khan and Kareena Kapoor Khan's 'Laal Singh Chaddha' and made heads turn with their look. Deepika looked gorgeous in a mint green co-ord set, while Ranveer made a dazzling entry in an all-black outfit. He did not forget to wear cool black shades. Deepika complimented her look with white heels.

The makers of Aamir Khan and Kareena Kapoor Khan-starrer 'Laal Singh Chaddha' organised a special screening for the film's cast and the members of the film fraternity on Wednesday night in Mumbai. From Ranveer Singh, Deepika Padukone to Saif Ali Khan and Sushmita Sen, the who's who of Bollywood were spotted at the star-studded gala.

Meanwhile, talking about the work front, Ranveer will be next seen in a period comedy film 'Cirkus' alongside Jacqueline Fernandez and Pooja Hegde. Directed by Rohit Shetty, the film is all set to hit the theatres on Christmas 2022.