Apart from Aamir, actors Kareena Kapoor Khan, Naga Chaitanya and the director and writer of the film Advait Chandan and Atul Kulkarni were also present at the premiere 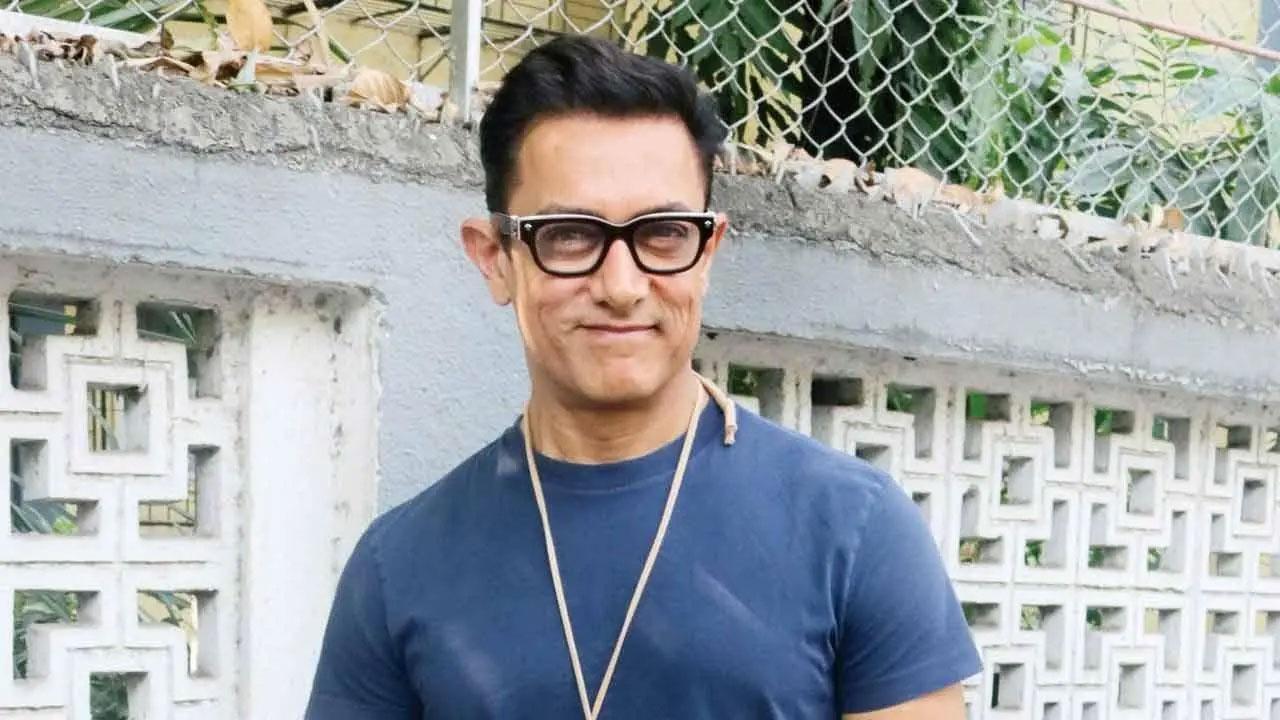 
Makers of the family entertainer 'Laal Singh Chaddha' recently hosted a grand premiere of their film in Mumbai. Bollywood actor Aamir Khan, while addressing the media said, "We need your blessings guys. I usually get stressed before the release of my film, and this time also I am not able to sleep for the past one month, but today morning I visited Darbar sahib, Golden Temple, post that I felt relieved, and now I believe whatever happens it will be fine as it is. So thank you so much."

Apart from Aamir, actors Kareena Kapoor Khan, Naga Chaitanya and the director and writer of the film Advait Chandan and Atul Kulkarni were also present at the premiere. The 'Thugs of Hindostan' actor also said, "We are very happy that our film is finally releasing tomorrow. I would like to say that we created this film with all our hearts, and I think this film will touch your hearts, the same way it touched ours. I am proud to say that Advait has directed the film so well, in the same way as we imagined. I am proud that it's a film about love, I am proud that this film shows our beautiful Indian culture. The film is getting a very big release, so I feel proud that through this film we can showcase the beauty of India and Indian culture and Indian civilization. On the eve of the release of the film we are proud that we made this film and we hope the audience will like this film."

Kareena, on the other hand, stated, "After 'Talaash' and '3 Idiots' I got a chance to work with Aamir in such a special film. Atul Ji wrote such a beautiful story. When I first heard the narration of the film I wasn't able to hold my tears. I have done many films, but this is the first time I think I cried listening to a narration of the film. I have done this film just because of its storyline and my character. I think this is the perfect treat for all the fans. We are already getting very good reviews for the film internationally and our fingers are crossed, and I am quite sure everyone will love the film." South actor Naga Chaitanya is all set to mark his big Bollywood debut with 'Laal Singh Chaddha', where he portrays the role of an army officer.

Talking to the media, Naga said, "It's quite a nervous moment for me. This has been a really special film in my career, very few films and very few opportunities come and go like this, but this has been really special and it's my first Hindi film, so I would like to thank the entire team. We have been having a few screenings in the last few days and the kind of response we have been getting from the audience is very overwhelming. So nice to see smiles on everyone's faces. The kind of patience and determination the entire team is having for the past 3-4 years towards it was amazing. I am so happy for them that it is finally out. So hoping for the best."

Helmed by Advait Chandan, 'Laal Singh Chaddha' is an official Hindi adaptation of the Academy Award-winning 1994 film 'Forrest Gump' which had Tom Hanks in the lead role. The film is all set to clash with Akshay Kumar's family entertainer 'Raksha Bandhan' this Thursday.

Next Story : Tara Sutaria begs for mercy from her gym trainer after intense workout