While he received a lot of love and praise from the audience and the critics for his performance, the biggest one come from Shah Rukh Khan when they both met at an event 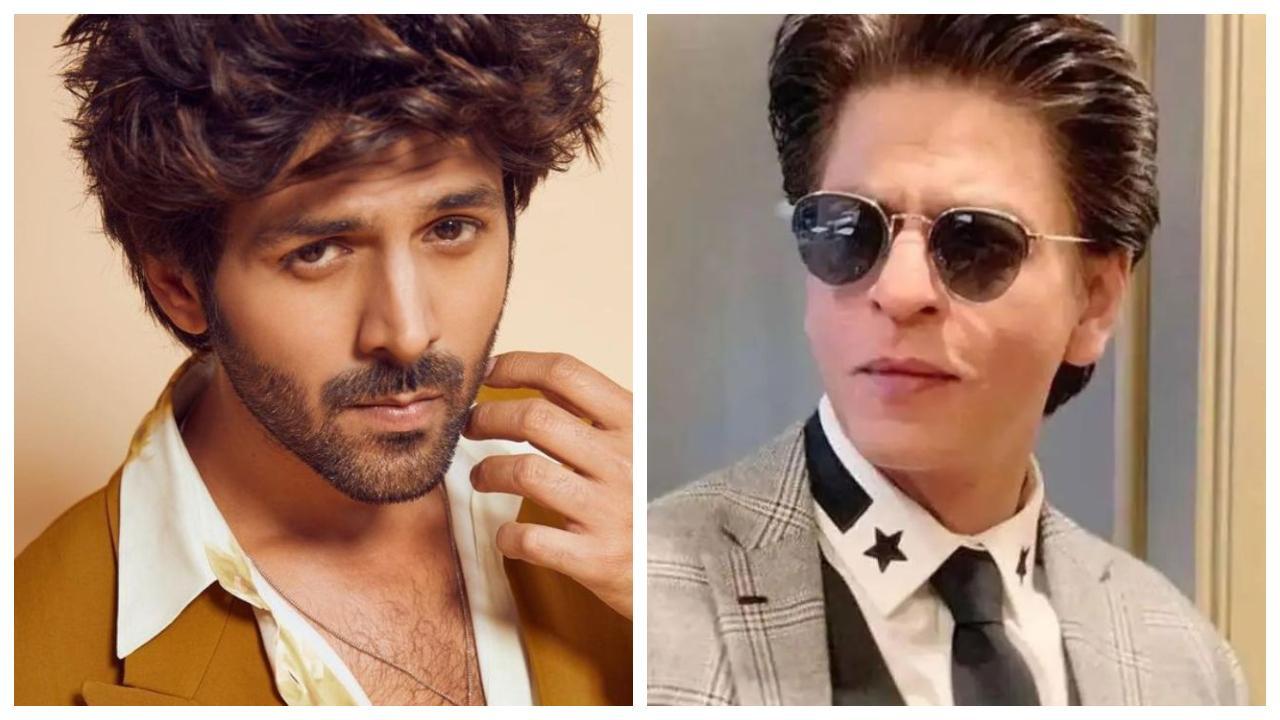 
Having won all the credit with his blockbuster 'Bhool Bhulaiyaa 2' in the post-pandemic era, Kartik Aaryan has truly created examples of his success. While he received a lot of love and praise from the audience and the critics for his performance, the biggest one come from Shah Rukh Khan when they both met at an event. The viral video of Shah Rukh Khan praising Kartik Aaryan after the release of 'Bhool Bhulaiyaa 2' spread on the internet like fire. While the video captured SRK touching Kartik's cheeks and whispering in his ears, it left everyone guessing what the superstar must have said.

Earlier, Kartik revealed that he asked SRK if he watched the film to which he replied “Dekhi hai beta. Bohot acha hai tu. (I have seen it, son. You are really good.)”. Ahead of this, during a recent interview, Kartik was seen elaborating his chat with the superstar, as he said, "Bhool Bhulaiyaa 2 had released and I think it was really sweet of him actually to just say this to me that, ‘I loved your film and I saw the film, the first Friday or Saturday itself and I didn’t get a chance to say this to you but you were fabulous in the film.’ So, I was just happy that he saw the film and he was so open about it and he just told me then and there the moment he saw me which I felt was very nice of him.”

On the work front, Kartik is all set for the release of 'Freddy'. Besides this, he will also be seen in 'Shehzada', 'Captain India', Kabir Khan’s untitled next and 'Satyaprem Ki Katha'.

Next Story : Birthday Chat With Celebs: Lata Mangeshkar ji gifted me a gold chain on my birthday, says Udit Narayan