Taking to Instagram, Kim dropped a string of images showing how she celebrated Khloe's 38th birthday 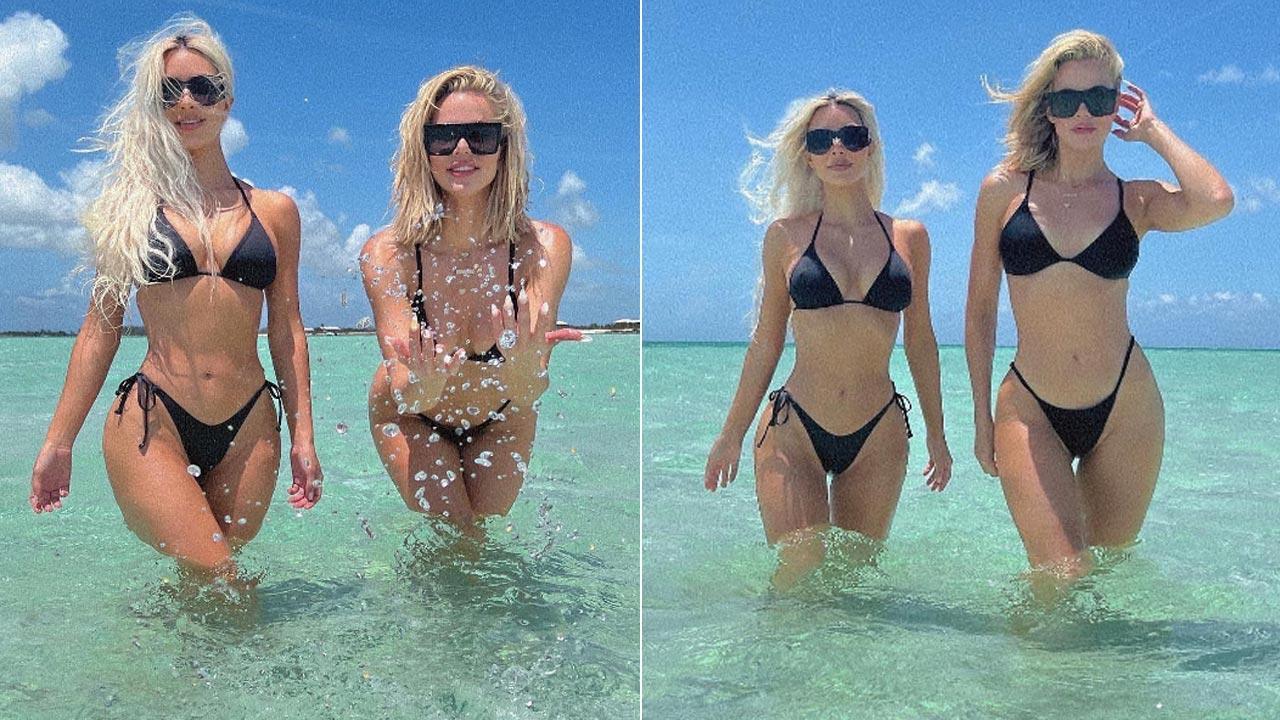 
Reality star Kim Kardashian and her younger sister Khloe Kardashian are having a gala time in Turks and Caicos and the proof of the fact is the duo's stunning beach pictures. Taking to Instagram, Kim dropped a string of images showing how she celebrated Khloe's 38th birthday.

In the images, the sisters are seen posing together against the azure blue waters. The two look super hot in matching black bikinis. "Khloe's Bday Trip," Kim captioned the post. The fashionista teamed the look with a pair of glamorous black sunglasses. Kim and Khloe's pictures have left fans in the awe of their beauty.

"Wow," a netizen commented. "You guys are so so hot," another one wrote.

Prior to the trip, Kim revealed that she suffered from severe "psoriatic arthritis" after following a diet to fit into the iconic Marilyn Monroe gown during the 2022 Met Gala event.

The 'Keeping Up With The Kardashians' star admitted that she had to make an appointment with "a rheumatologist" for her "psoriasis", adding that she was on "steroids", reported People magazine."Psoriasis broke out over my body and I got psoriatic arthritis, so I couldn't really move my hands. I had to go to a rheumatologist who put me on a steroid. I was freaking out. I cut out the meat again, and it's calmed down," said Kim.

Talking about her Met Gala prep-up, the Kardashian disclosed that she was on a strict diet without any carbs and sugar for three weeks so that the Marilyn Monroe dress fitted her perfectly, reported People magazine.