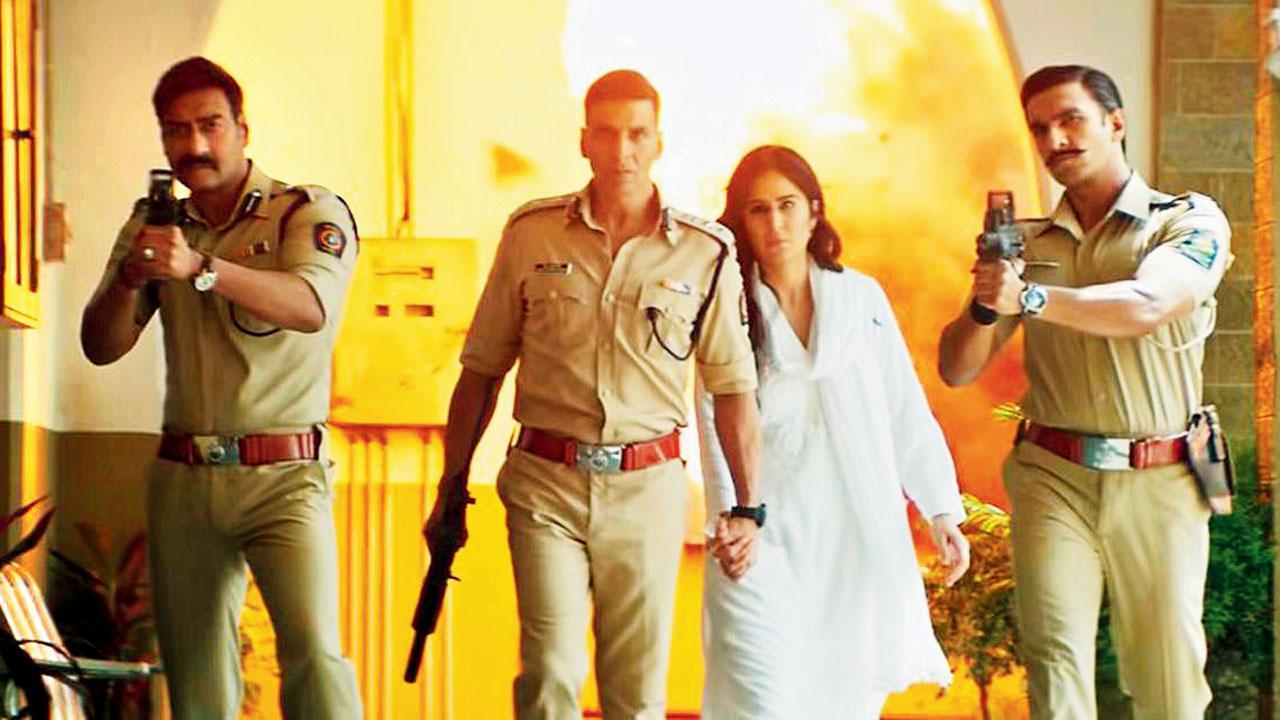 A still from Sooryavanshi/File pic


Director Rohit Shetty's Diwali dhamaka release Sooryavanshi continues to ring the cash registers. The Akshay Kumar and Katrina Kaif-starrer crossed the Rs 100 crore mark in just 5 days as a part of its India business. On it's second Friday, the film collected Rs 6.83 crore taking the 8-day total to Rs 127.49 crore.

Sooryavanshi is Rohit Shetty's latest addition to his cop universe. The film that brings together Akshay Kumar, Ajay Devgn and Ranveer Singh, had suffered multiple setbacks in the past 18 months owing to the theatre shutdown during the pandemic. But these impressive numbers at the box office indicate the audience's delight on reopening of cinemas.

Speaking to IANS earlier, Taran Adarsh had said that Sooryavanshi demolished the myth that OTT platforms had rung the death knell of cinema viewing in theatres. "Since the lockdown happened, a lot of people have been watching films on OTT platforms. As a result, experts said now that people have got a choice, it's over for cinema, they said. These people had started referring to cinema theatres in the past tense. All that has been proven wrong, and how! And one man, Rohit Shetty, is behind this massive revival," he said.

"I have been talking to producers, distributors and exhibitors. They are all so rejuvenated now. They had announced new films, but they were wondering if people would come. 'Sooryavanshi' took the risk and its success has drawn the others back, he added."