As soon as the actor posted the video, his fans and industry friends chimed into the comment section 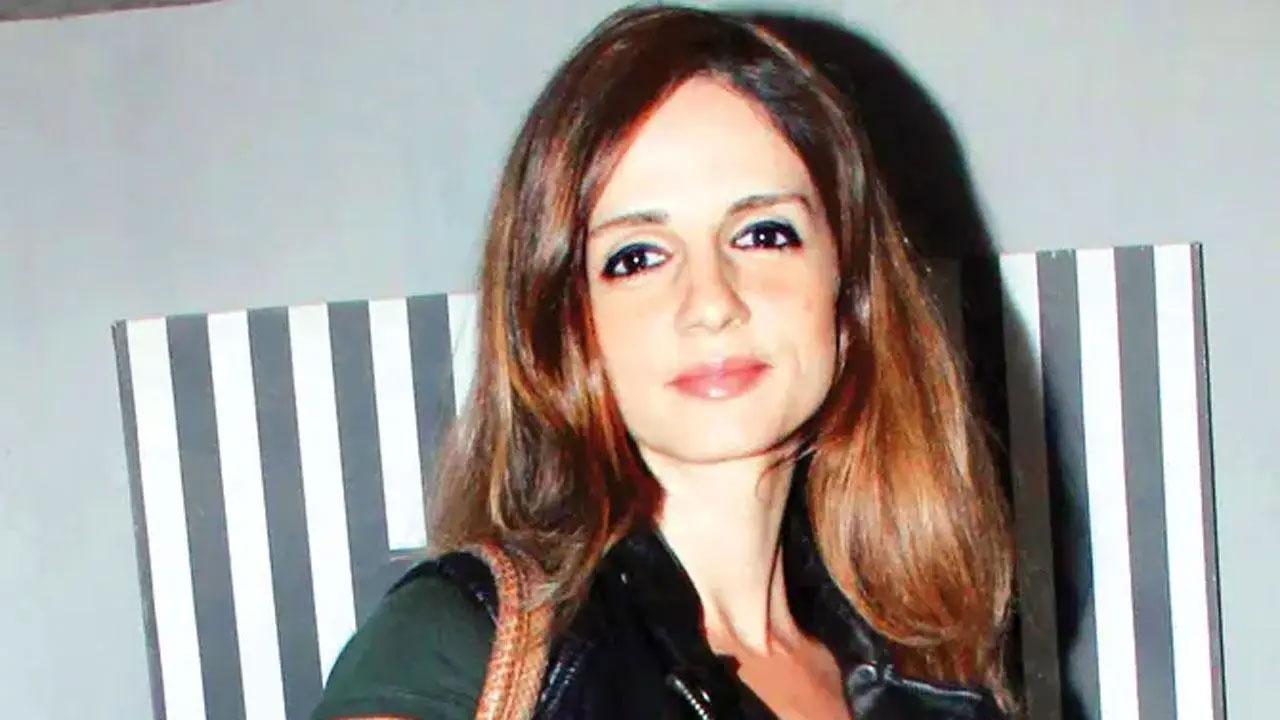 
Interior designer Sussanne Khan praised her ex-husband Hrithik Roshan as the Bollywood actor posted his singing video 'Vande Mataram' on his social media account. As India marked 75 years of Independence, Hrithik Roshan joined hands with Jackky Bhagnani's Jjust Music and released his very own national anthem 'Vande Mataram'. The song is instilled with patriotism and serves the feeling of nationalism throughout. While Hrithik's soothing voice amazes both people from the Industry and the listeners, people barely knew that he was gifted with a melidious voice. With deep lyrics nourishing our souls, the song has most certainly warmed our hearts with love for the nation.

Sharing the video, Hrithik wrote, "Felt it. Sang it. Put some shots together to present it. It's better on headphones altho won't make the bad singing better. In hope & dedicated to the true spirit of Freedom. Freedom for every single individual. Thank you @jackkybhagnani for allowing me to use your creation. Thank you @vishalmishraofficial , been humming this since I heard this wonderful track Thanks to my man @tigerjackieshroff for inspiring this , following your lead my friend.Thank you @purpose.studios for working on a holiday and taking a spontaneous thought n working your magic on it. Sorry for taking you by surprise @shannondonaldmusic promise to do proper way next time."

As soon as the actor posted the video, his fans and industry friends chimed into the comment section. Hrithik's ex-wife Sussanne Khan dropped a comment. She wrote, "Faaaab god bless you Rye to always motivate and inspire all of us in the newest ways!! this is amazing." His lady love Saba Azad reacted with heart emojis. Hrithik's father Rakesh Roshan dropped a quirky comment. He wrote, "Hair raising! Jai Hind."

Be it his first look from his highly anticipated upcoming film 'Vikram Vedha' to the trending on social media with 'Awaiting Roar of 'Vikram Vedha', Hrithik Roshan has been making a constant buzz for his upcoming film among the audience who are eagerly waiting for its release. Hrithik will be seen in 'Vikram Vedha' along with Saif Ali Khan and Radhika Apte, which is slated to release on September 30. The film is an official Hindi remake of a Telugu film with the same title.

He will also be seen in 'Fighter' alongside Deepika Padukone. Along with this he also has 'Krrish 4' in his kitty. Meanwhile, Jjust music has time and again given India chartbuster songs that are heard and celebrated nationwide. The recently released PAN India music video of Mashooka starring bold and quirky Rakul Preet is being well received by the audience.