Tara was seen dressed in a white crop top and printed jeggings. And she kept her hair in a high ponytail 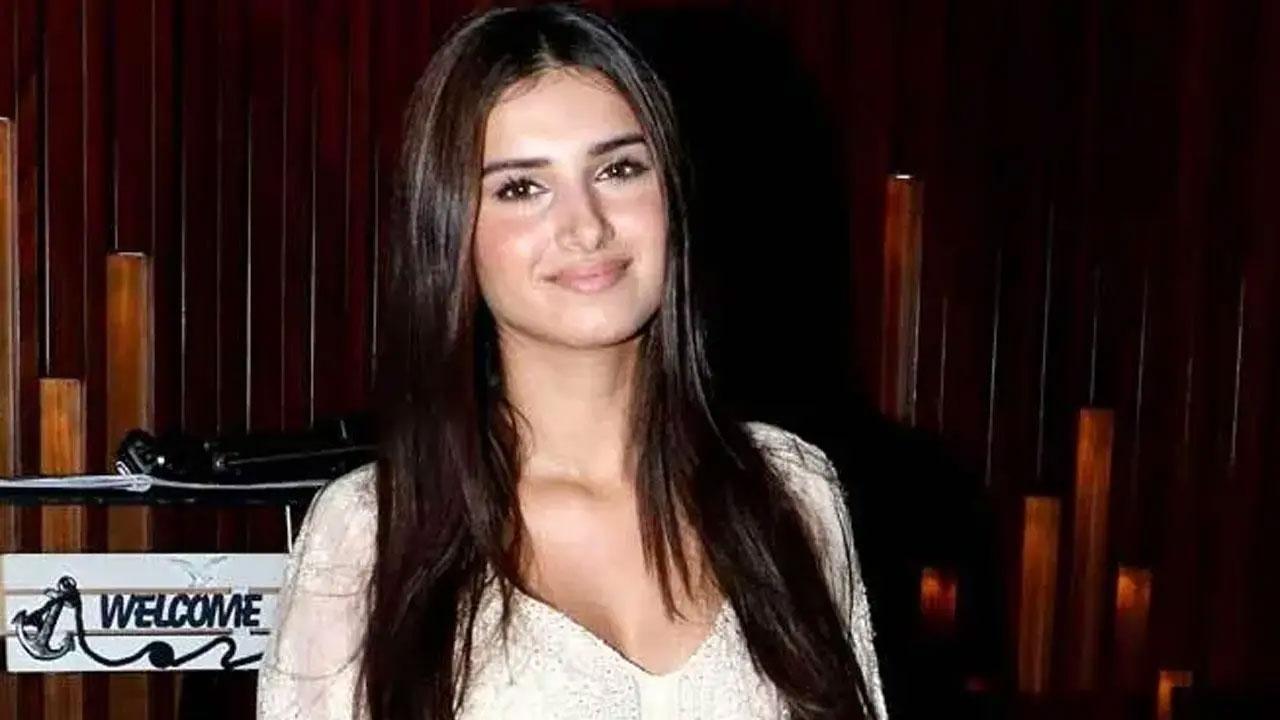 
Actor Tara Sutaria shared a workout picture on Wednesday on her social media account. Taking to her Instagram story, Tara treated her fans with a new fitness-inspired picture. In the picture, the 'Student of the Year 2' actor was seen doing exercise. She was doing a cool-down stretching after an intense workout.

Tara was seen dressed in a white crop top and printed jeggings. And she kept her hair in a high ponytail. Sharing the picture, the 'Ek Villain Returns' actor wrote, "Cooling down after an intense workout that coach calls light. Please have mercy." Meanwhile, the rumours of Tara Sutaria and Aadar Jain's relationship started doing the rounds when the duo was spotted multiple times on various occasions together.

The couple confirmed their relationship after Tara joined Aadar's brother Armaan Jain's wedding.Tara made her relationship Instagram official with Aadar after she posted a loved-up picture of them with a heartfelt message on his birthday last year. Official back in August 2020. Tara shared a picture featuring Aadar on his birthday and wrote, "Ever thine, ever mine, ever ours! Happy Birthday to my favourite person @aadarjain."

Talking about Tara's film career, the 26-year-old made her debut in Karan Johar's 2019 drama film, 'Student Of The Year 2' opposite actors Tiger Shroff and Ananya Panday, bagging the Zee Cine Award for Best Female Debut. Apart from acting, Tara is well-known for her singing skills as well. She has showcased her singing capabilities on many platforms as well.

Initially, the actor began as a singing contestant in Disney India's Big Bada Boom reality show from where she transitioned into her acting profession and entered the world of television. She starred in various Disney sitcoms like 'The Suite Life of Karan & Kabir' in 2012 and 'Oye Jassi' in 2013.

Tara is currently riding high on the success of her recently released film 'Ek Villain Returns'. Directed by Mohit Suri, the action thriller film also starred Arjun Kapoor, John Abraham and Disha Patani in the lead roles. Apart from that, she will be next seen in another edge-of-the-seat thriller film 'Apurva', which will be directed by Nikhil Nagesh Bhat and produced by Murad Khetani and Bikram Duggal.