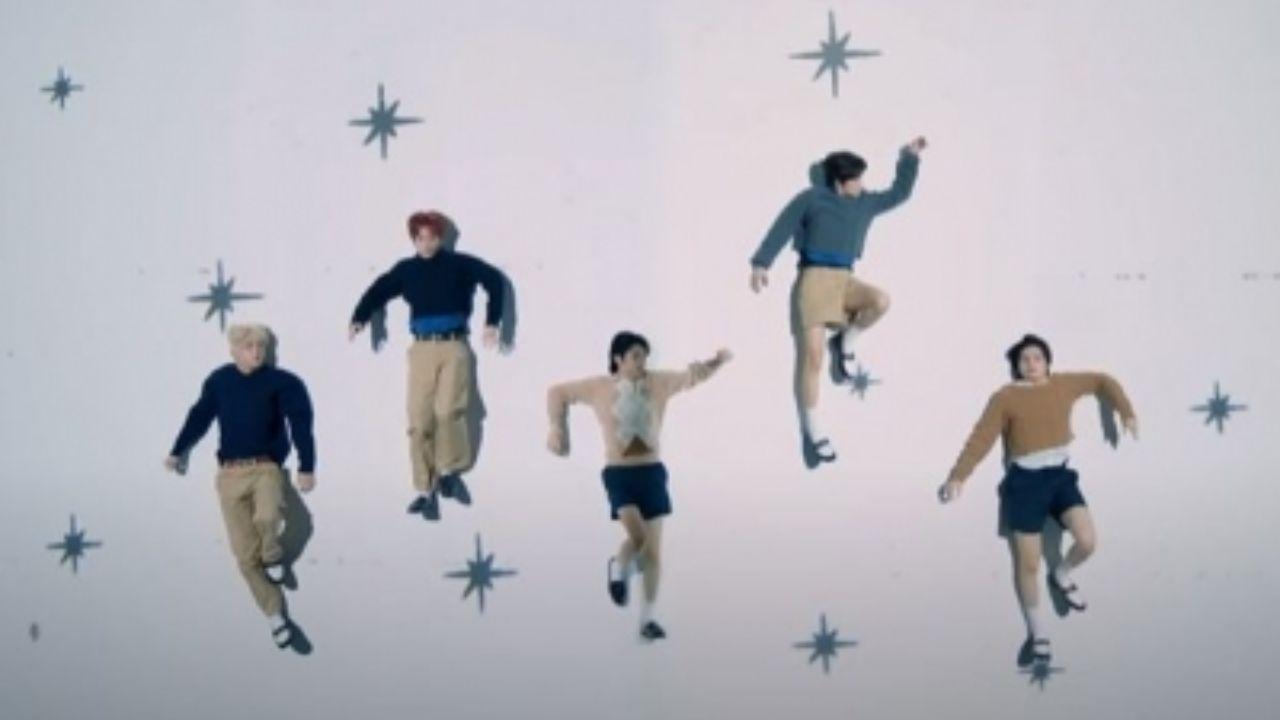 The new chapter follows previous storylines through 'The Dream Chapter' and 'The Chaos Chapter' to portray youth in the face of temptation.

The newly released video depicts a fantastical and artistic performance by the five members.

TOMORROW X TOGETHER fall into a blue and mysterious space. A figure in the form of a devil emerges and kisses the glass in his hand. As fire erupts, the members soar into the sky. They are then transported into a dark space where they come face-to-face with beings who look identical to themselves.

Towards the end of the concept trailer, the five members seem to wake from their dreams back into reality. However, the room they reside in has been rooted from the ground, hovering high into the sky and tilting steeply.

After various efforts to hold onto the space they know, the boys finally decide to leap into the outside world of their own will.

Also Read: BTS's Jungkook was the most streamed K-Pop soloist globally on Spotify in 2022

Gen Z's 'it' boys recently made appearances on six categories on Billboard's 2022 Year-End charts, including the Billboard 200.