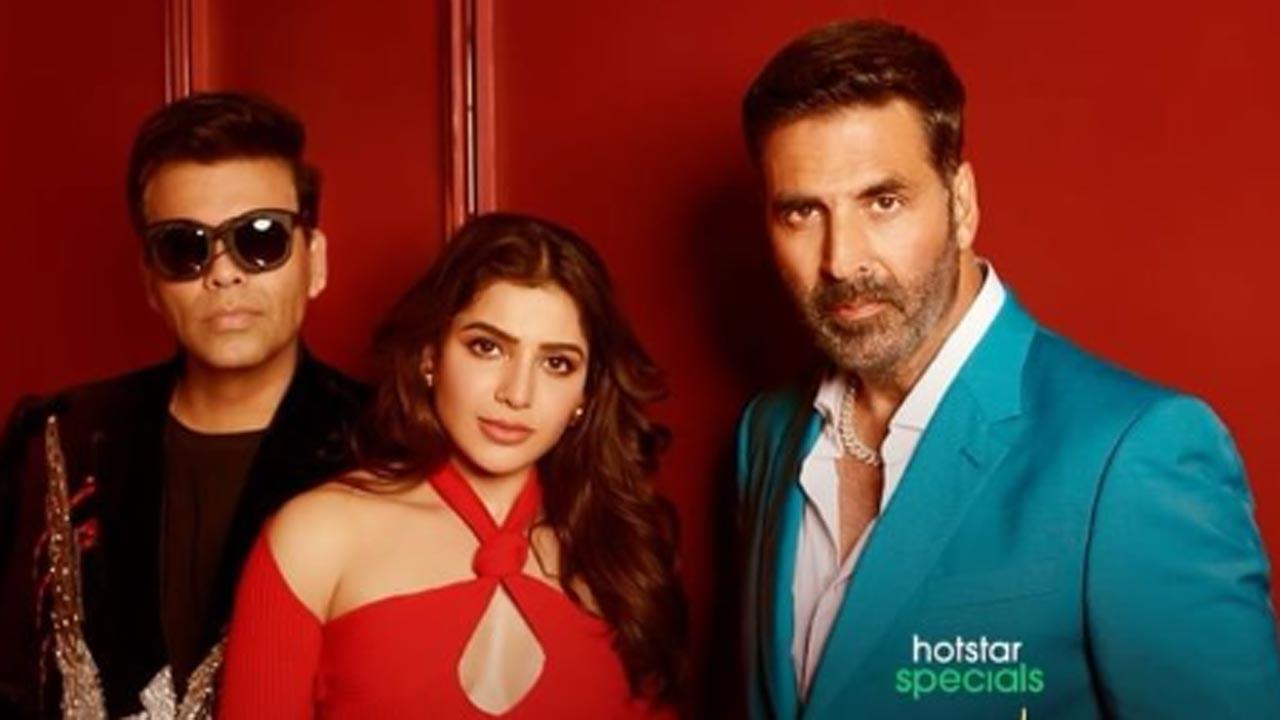 
The youngest action hero of Bollywood, Tiger Shroff from the time of his debut till date, the star has created a league of his own and enjoys a strong fanbase all across the nation. After being highly praised by the masses Tiger Shroff has now been hailed by Akshay Kumar as the next Khiladi of Gen-Z on Koffee with Karan.

The OG Khiladi of Bollywood has been on the talk show where he was asked by the host Karan Johar “if you had to share the Khiladi title with a Gen Z actor, who would it be”? to which the actor responded 'Tiger Shroff'. Moreover, apart from Akshay Kumar, recently the legends like Amitabh Bachchan and Shah Rukh Khan were also seen desiring to be like Tiger in terms of his muscular body and daredevil action.

This is a sheer example of Tiger's talent that he is an aspiration when it comes to being crowned as the next Khiladi of this generation. Now it has ignited the excitement level of the audience to watch Tiger's episode on the Koffee show.

Next Story : 'Koffee with Karan 7': Things were hard at home, we didn't have much money; shares Samantha Ruth Prabhu