Exclusive! Drashti Dhami on 'Duranga': It has a lot of drama and masala

Ahead of the release of the web series, 'Duranga' on August 19, Drashti spoke to Mid-day.com about the show, working with Gulshan Devaiah, her journey in the industry 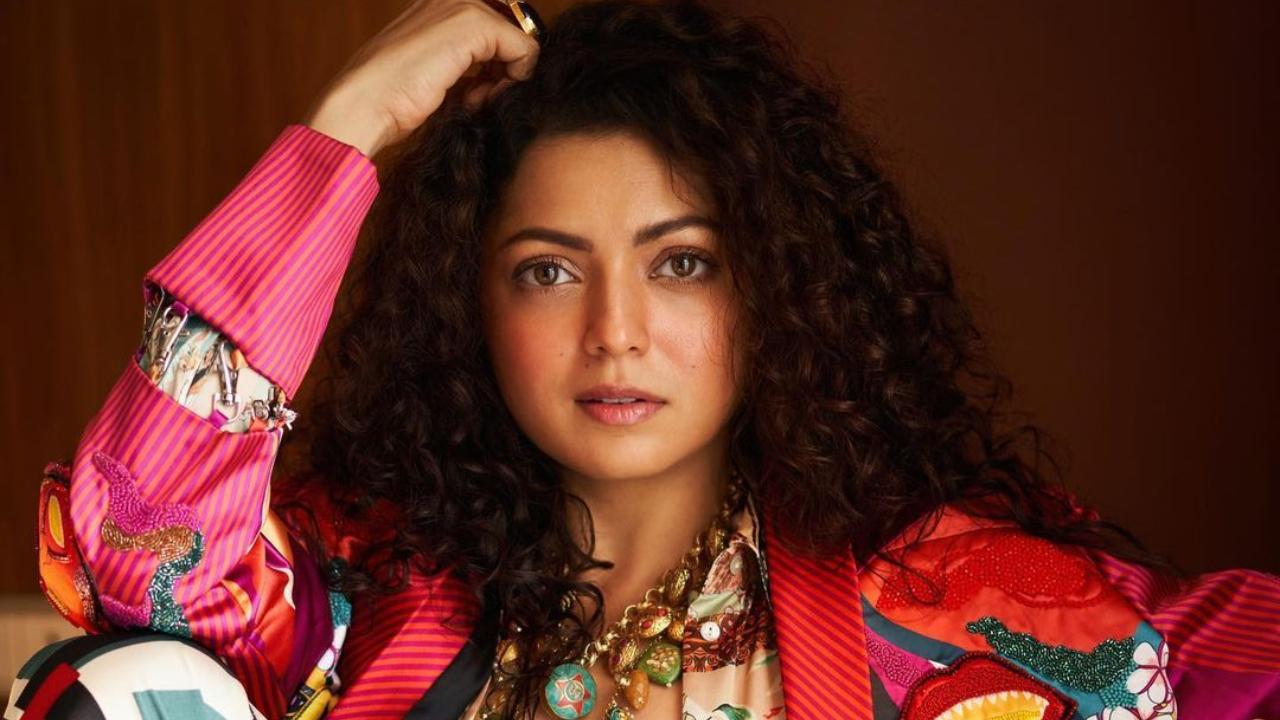 
South Korean shows, movies, and songs have found a massive and loyal fan base in India. Shows from this South Asian country are not only being loved by the audience in India and across the world but are being discussed and bringing people closer like never before. And now for the first time, a Korean show has been adapted in India. Titled 'Duranga', the ZEE5 web series is an official adaptation of the K-drama, 'Flower of Evil'. The nine-episode series directed by Pradeep Sarkar is headlined by Gulshan Devaiah and Drashti Dhami. Ahead of the release of the series on August 19, Drashti spoke to Mid-day.com about the show, working with Gulshan Devaiah, her journey in the industry.

Drashti on her character, Ira:

Ira is playing a cop. According to her, she maintains a beautiful balance between her family and her work and that is because of her husband, Sammit who has very graciously taken the responsibility of taking care of the house and the daughter, while she is at work. For Ira, her daughter and her husband are the perfect family. She thinks that nobody could get a husband like Sammit so she thinks that she is blessed to have a family like this and especially a husband who is so perfect. But her world is shattered, when she realises that all of this is not true and that there is something wrong. She is working on a case and it somehow connects to her husband Sammit Patel and she is shocked to find out about the connection. That's when I am shattered to know that how can the man whom I have been married to for 13 years and I thought was perfect is actually not who he is. That is Ira's story and journey.

First and foremost, the character I am playing, I have never played a CBI officer or even a cop before. That is very interesting for me. Secondly, this is the first time we are doing a Korean adaptation of a show in our country, so that was something that was exciting. Then of course, when you know Pradeep Sarkar will be directing, I don't think you can say no to something like that. The platform that you are working on, the producer, and of course I was going to be working with Gulshan. When I got to know that I was going to be paired opposite Gulshan, I was nervous initially as he is such a fabulous actor. I was like I am going to really work hard for it. All put together it was a complete tick tick tick everywhere.

It has a lot of drama and masala and it will keep you on the go all the time.

Also Read: Drashti Dhami: It was the most difficult scene I have ever done

Honestly, we did not have any ice-breaking moments. When we met for the first time, he was warm enough and I think we spoke really well that day we started reading and rehearsing. So I don't think we really had an ice-breaking moment because we met and we hit off very well in the first go. He is very helpful as an actor as well. If I ever got confused with a scene, he would go out of his way and help me. So you know there were a couple of scenes where we would sit down and he usually has a process. He does pre-production before every show where he sits down and jots things and observes everyone. That was a first for me and I got to learn a lot from him. Just while I was doing the scene I was wondering why he is doing this so many times, then I realized that he did it 10 times so that in the 11th time we knew exactly what we wanted to do in the scene. So we were so prepared that it was a different kind of experience for me when it came to doing shows and scenes.

The difference is that you get a lot of time to process a show when you are doing an OTT platform. You get time to prep. It is for a limited period of time and does not go on endlessly. So of course your energy levels are different at some points because you know you only have these nine episodes to prove yourself, versus TV, you are doing it every day and of course, being human, you tend to be in a bad mood on certain days or you are tired on a day or you are just low on energy. You are like today, I couldn't perform, 'kal kar lungi' because you are going to be working every single day. But here you know it is only 9 episodes. One difference is that you get to prep a lot on a character and secondly when you know it is for a short period of time, the energy levels are different.

I think it is really nice we get so much content. I think so many actors are now getting recognized on OTT platforms because of their body of work. Now there is no such thing as 'only an actor-looking person gets to become an actor'; like a hero-looking with six packs, six feet height, or this girl who has jet black straight hair, a sexy body can be the main protagonist of a show or a movie. I think that concept has changed because I think creatively we have come up with such great content. There are so many different kinds of people and different kinds of actors are getting to show their talent so I think OTT is a boon right now.

The Ups and Downs of the industry

I think I just adore the way how everyone wakes up every morning and works with so much passion, like just that you have worked all night and you are back on set the next morning because you have a lot of passion to do what you're doing That's one thing I admire. There is one more thing I admire as an actor. We get to play so many characters; we get to dress up in so many ways, so that is something I really adore about my industry.

The only thing I would want to see is a change in the hierarchy. Just the pattern of behaviour in the people who are up and there; I think that can change a little and if you ask me on TV, I think the working hours can reduce a little and get a little sanity when it comes to working hours.

Next Story : Exclusive! Gulshan Devaiah on 'Duranga': We've taken a narrative that already exists and re-interpreted it