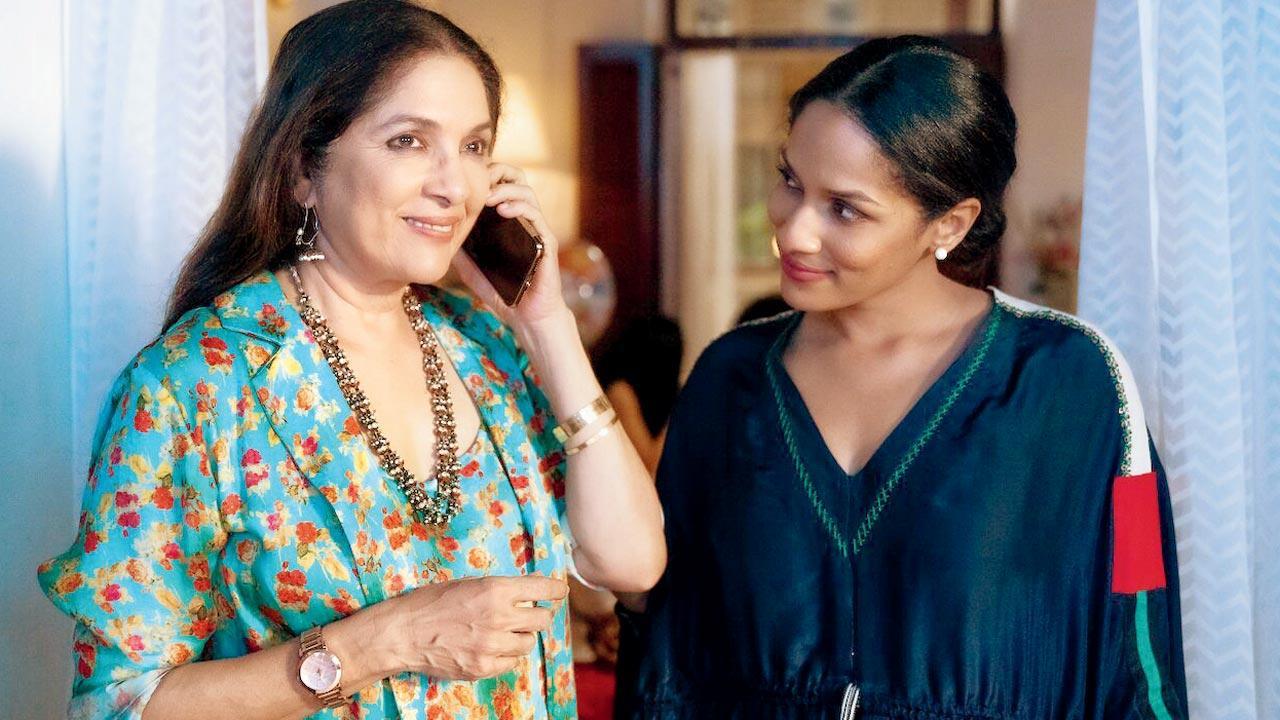 Neena and Masaba Gupta in the show


Such was the popularity of Masaba Masaba that Netflix India apparently greenlit the second edition a fortnight after the opening season dropped online. But it has been a long wait since to take the Masaba and Neena Gupta starrer on floors. While the plan to roll the second instalment in April was marred by the lockdown, mid-day has learnt that creator Ashvini Yardi and director Sonam Nair are set to kick off the shoot in Mumbai next month.

A source from the creative team reveals, “Masaba and Neenaji will report to the set by mid-July. While senior actors like Neenaji are fully vaccinated, only those who have at least got the first dose will be allowed on the set.” The series — a dramatised version of the life and loves of the celebrated fashion designer — will focus equally on her actor-mother’s journey in the upcoming season. “When the makers had approached her, Neenaji had narrated certain interesting incidents from her life, which have now found a mention in her autobiography, Sach Kahun Toh. These incidents will be included in the new episodes. The makers have yet to speak to Masaba’s cricketer father Vivian Richards, but there is a possibility of him making an appearance too.”

Next Story : Ali Fazal: Regret not being as exposed to Ray’s work