Celebrating the wrap of season 3 of Mirzapur, Shweta took to Instagram and shared a reel video pouring her heart out, celebrating her sweet moments with the cast and crew, capturing how much goes behind camouflaging into a character and imbibing it in spirit 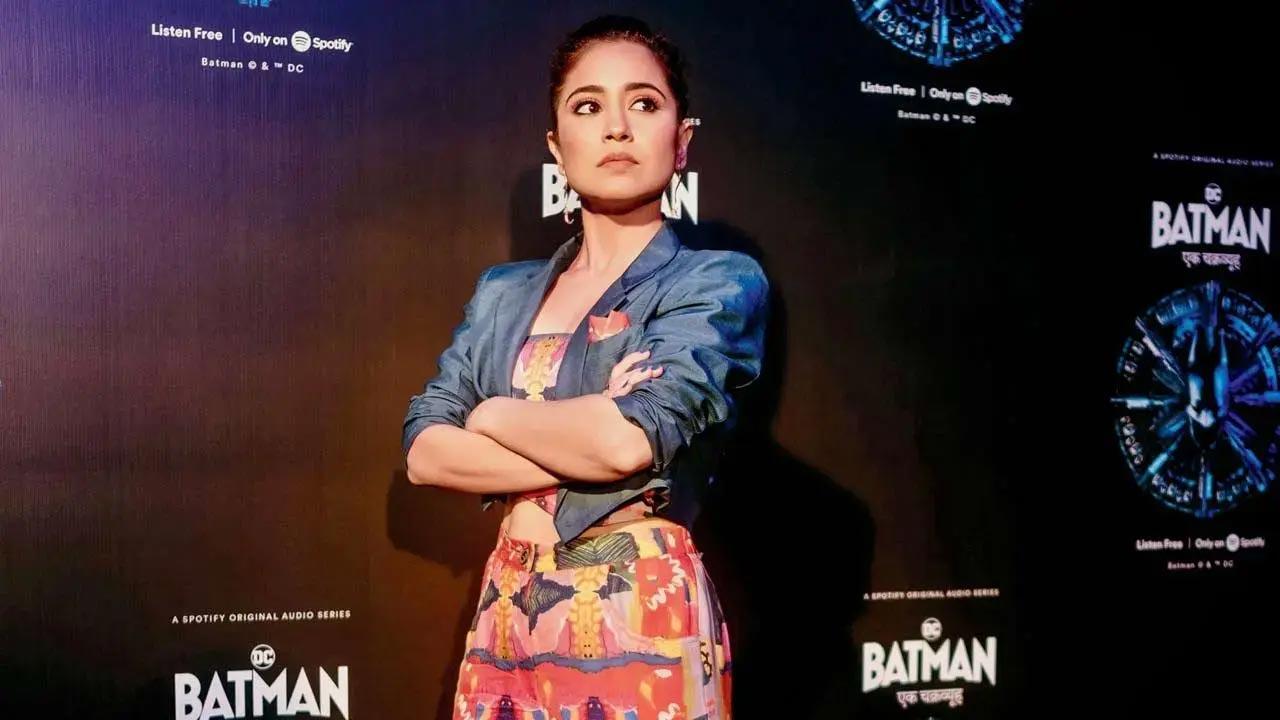 
Shweta Tripathi Sharma never fails to stun the audiences with her powerful portrayals. One such portrayal is by the actor, Gajgamini aka Golu Gupta from the 'Mirzapur'. On Friday, Shweta completed shooting for season 3 of 'Mirzapur' and shared an emotional note. Celebrating the wrap of season 3 of Mirzapur, Shweta took to Instagram and shared a reel video pouring her heart out, celebrating her sweet moments with the cast and crew, capturing how much goes behind camouflaging into a character and imbibing it in spirit.

Also Read: Tusshar Kapoor tells how his father Jeetendra rescued him in Disneyland

Shweta mentioned, "I couldn't wait to start shoot as soon as we got the episodes for season 3. When you come back to set to shoot for Mirzapur, it's a responsibility (which we are very happy to have) because of the unconditional love and unending cheer we get from the audience and we never want to let them down. And now that we have completed shoot, I can't wait for all of you to see it, to experience what we have in store for you! It's been one hell of a challenging and a fulfilling ride. She's one of the bravest, toughest and most endearing girls I've met. And this cast and crew and the biggest gems."

Fans have been consistently citing their excitement for the release, demanding an official announcement of the release date. As the wrap up has been announced, season 3 of one of the most loved web series franchises shall move to post-production. 'Mirzapur' is the story of Kaleen Bhaiyya, the King Of Mirzapur vs the Pandit Brothers, Guddu, and Bablu. What initially begins as a battle for power, leading to the throne of Mirzapur, eventually shapes the destiny of the city, influencing its business and its politics.

The web series was released on November 16, 2018. Appreciated by fans and critics alike for its gripping storyline and phenomenal performances, the previous season of 'Mirzapur' had taken the unmatched fandom of the show several notches higher. The second season not only recorded one of the highest completion rates but remarkably almost half of the viewers who completed the series, binge-watched the second season within just 48 hours of its launch, setting a new benchmark.