What are gluten-free grains and why are they important?

Gluten can cause auto-immune reactions affecting the nutrients absorption process of the body. Add gluten-free grains to your diet to maintain good gut health 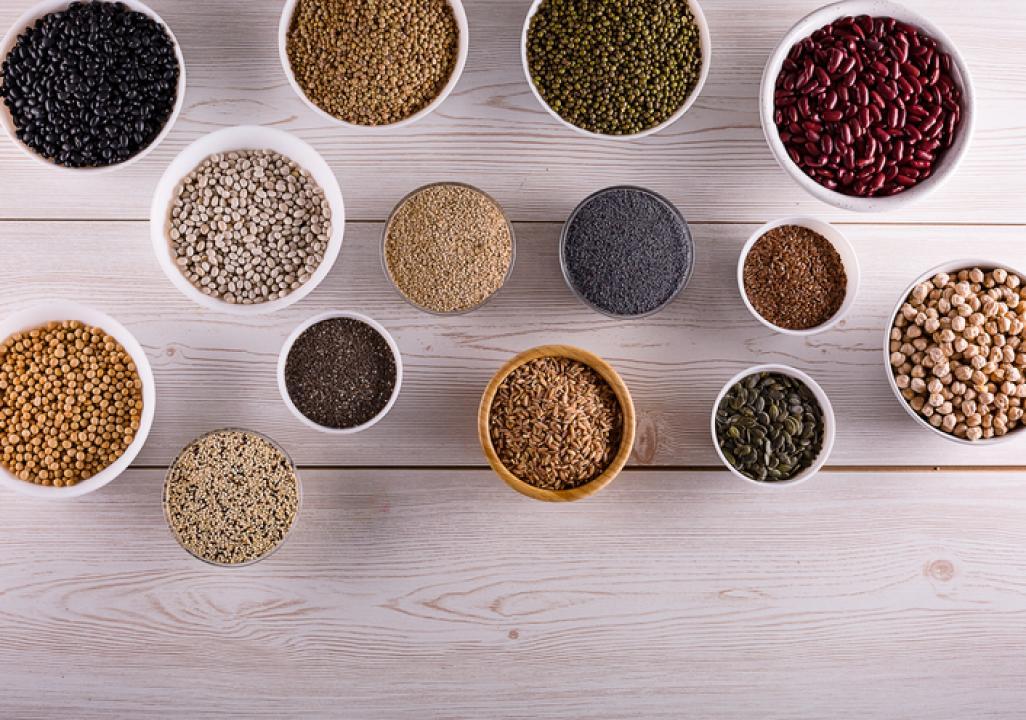 Millet and Buckwheat are naturally gluten-free and have many health benefits too. Pic/iStock


Gluten is a family of proteins mainly found in wheat, barley, rye and triticale (a cross between wheat and rye). It contains gliadin and glutenin. The elasticity of dough is because of its gluten content. Gluten gives a chewy texture and desired shape to the product. In some people, gluten causes inflammatory and autoimmune reactions, where it mainly destroys the tissue of the small intestine and gut lining. In human body absorption of nutrients takes place in the small intestine, so in such cases, it is very important to follow a gluten-free diet for good gut health and nutritional status.

Now let's know about the two grains which are naturally gluten-free and have many health benefits too:

Millet is one such ancient superfood that gives many health benefits due to its nutritional content. It helps to strengthen the immune system, promote good bone health and aids in weight loss. It contains all potential antioxidants which prevent ageing and metabolic disorders like diabetes, hypertension, dyslipidemia etc. We know that many diseases occur due to our body's acidic pH. Where a diet rich in alkaline foods are required. So this grain is alkaline in nature, preventing acidity and heartburn issues.

* It's a good source of B vitamins like niacin, folate and pantothenic acid. These nutrients help to perform many enzymatic reactions in our body and are also necessary for the normal functioning of the organs.

* It can be a healthier grain to include in your diet if you want to protect your heart. It contains a good amount of magnesium which helps to control blood pressure. Millets are rich in dietary fibre too (both soluble and insoluble fibre) which makes it a good choice for people who are suffering from high cholesterol levels.

* It's low in simple carbs and high in complex carbs (a low GI food) and hence its consumption is good to control sugar levels and aids in weight loss.

* Millets are rich in antioxidants and phenols especially ferulic acid and catechins. Antioxidants help in reducing oxidative stress in the body and boost immune functioning. The darker millets contain more antioxidants compared to the lighter ones.

It is one of the nutrient-rich grains for pregnant women as it is rich in iron, protein, antioxidants, dietary fibre, calcium, magnesium, potassium and folate. All those nutrients are required more during pregnancy. Its high iron content improves haemoglobin levels. Dietary fibre prevents constipation and helps to lower blood sugar levels in gestational diabetes. Calcium and folate help in fetus development. Magnesium and potassium manage blood pressure.

And other information for those who are trying to conceive, that this grain can help you. The science behind that is, grains that are high in complex carbs and low in refined carbs prevent a surge in insulin resistance and preserve ovulation. Also, women suffering from PCOD should add this grain to their daily diet. As it helps to cut down the visceral fat, thus regulates the menstrual cycle.

Buckwheat is not a type of wheat, it's a gluten-free grain that comes under the group of cereals commonly called pseudocereals. As it doesn't grow in grass, it's a plant just like quinoa and amaranth. Basically, it is a seed that needs grinding to make its flour. We all include this grain in our diet during fasting days. But do we know its amazing health benefits?

* It is more satiating than any other grain due to its power loaded nutrient and complex carbohydrate content. And this helps to reduce weight as it keeps you full for a longer time and prevent you from binge eating.

* Iron is very important for our body's normal functioning. Deficiency of this mineral leads to anaemia, weakness and fatigue. Buckwheat is a good source of iron. So make this grain a part of your diet on non-fasting days too.

* It is rich in magnesium and calcium, minerals that are required for healthy and stronger bones and teeth, promotes growth and development.

* Among the other pseudocereals, buckwheat is a rich source of rutin antioxidants. It contains other antioxidants too like quercetin. Rutin has anti-inflammatory, anti-cancer and antioxidant properties. Antioxidants help to remove potentially harmful substances called "free radicals" from our bodies. And thus it boosts immunity.

* It's a rich source of plant-based protein, especially contains a good amount of aspartic acid, arginine and lysine amino acids. These amino acids help in the regularization of hormones in the body. Studies show that intake of lysine may reduce anxiety also improves calcium absorption.

Because of its miraculous nutritional content, it can be a superfood for pregnant women. And it's totally safe to have during pregnancy as it has a good amount of folate, iron, magnesium, calcium, dietary fibre and essential amino acids. Folate supplementation is needed during pregnancy or before conception. A diet rich in folate helps to prevent neural birth defects. Also, it contains a higher amount of dietary fibre, including all three fibre -- soluble, insoluble or resistant starch. The role of fibre in our body is to delays the metabolism of sugar and to keep the digestive system healthy. So consumption of this seed will keep you at bay from general problems that occur during pregnancy such as constipation, gestational diabetes and high blood pressure. Research says that intake of lysine with iron and vitamin supplements helps to improve hemoglobin levels in pregnant women.

It will be a great choice for women who are planning to conceive, as buckwheat is a good source of folic acid which helps in releasing eggs during ovulation. Also, it contains a rutin antioxidant that promotes the circulatory system in women. Its high fibre content will help to lose weight in PCOD. It has been found in studies that it lower the testosterone levels by which regulates the ovulation process.

Here is one nutritious recipe you can make by using these two grains:

Millet and buckwheat bhel with the goodness of iron and calcium:

* Lemon: as per taste

* Salt and pepper: as per taste

Take a pan and boil whole millet grain and buckwheat seed in water on slow flame till it gets transparent. Drain the extra water and take out the boiled seeds in a bowl. Now add steamed moong and Kala chana sprouts. Meanwhile, toss the mushroom in a pan for few minutes. Add chopped green apple and tossed mushroom in a mixture and flavour it with salt, pepper and lemon.

You can enjoy this bhel as a mid between snack or in dinner.

Next Story : Order from these Mumbai home chefs to feed your cravings