World Elephant Day 2022: Why you should care for elephants and here's how you can protect them

Elephants are loved by many but how many of us take the effort to take an initiative to conserve them? Canadian filmmaker and elephant conservationist Patricia Sims, who is the co-founder of World Elephant Day, suggests easy ways to help protect the endangered species - not only at the tourism level but also to prevent human-elephant conflict 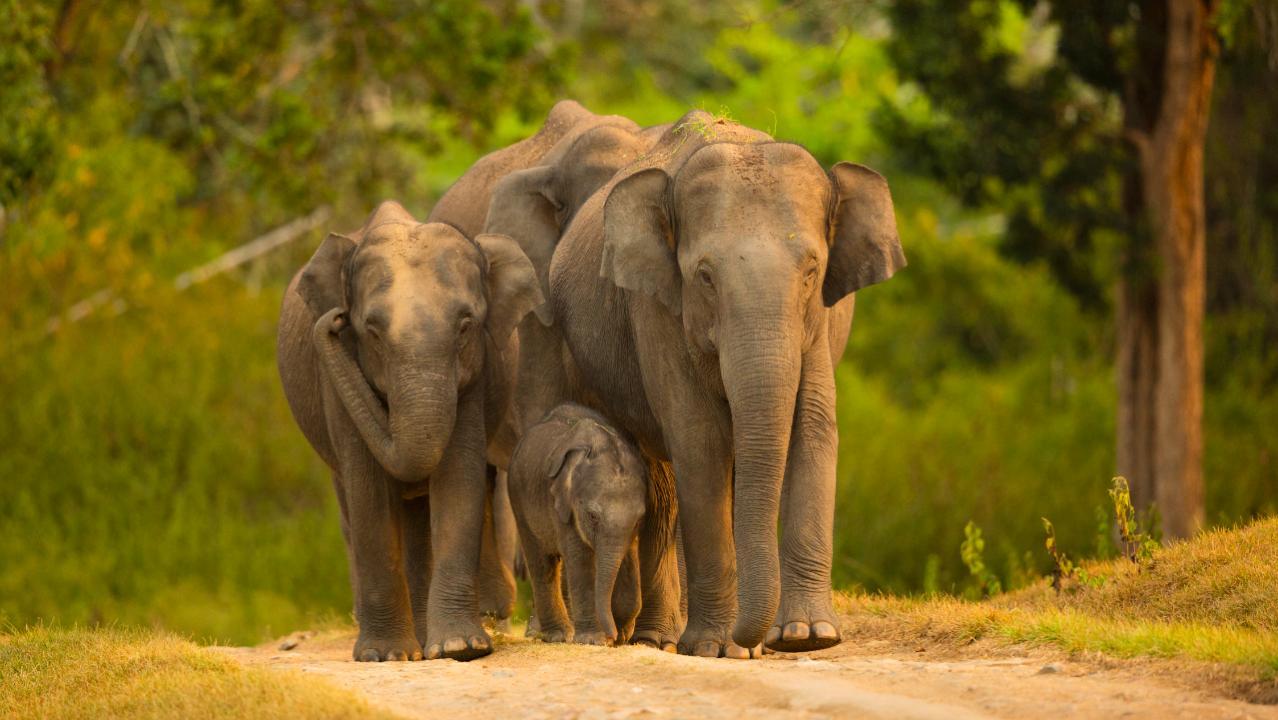 
The words 'wanderlust' and 'avid traveller' are often thrown around among groups of friends, family and on social media bios. While we may boast of our travels, how many of us are really concerned about travelling responsibly on the trip?  Now, many may say they throw their garbage in bins, even advise others about it, and use reusable cutlery too. However, eco-conscious tourism doesn't stop there. It is probably the most basic habit you can cultivate to help you on a trip and you are expected to do more. However, what people don't realise is that travelling responsibly also extends to the time when we particularly go sight-seeing and indulge in activities that involve animals, especially because they most often than not, are ill-treated.

Every year, August 12 is celebrated as World Elephant Day. While many find the tuskers cute and even share videos of them on social media, it is known that elephant rides are really popular among tourists. Unfortunately, what many people don't know is that most often than not, these animals are kept in unlivable conditions, ill-treated and even chained for long hours, making their life very difficult. India is no stranger to these practices, which are carried out in many parts of the country for religious reasons.

As eco-tourism gains momentum around the world, there are many different ways to be careful while travelling to destinations, as a tourist. While people should definitely avoid elephant rides, they can surely participate in conservation of the animals because not only are they one of the most majestic animals on the planet but are also unfortunately  endangered species.

Patricia Sims, co-founder, World Elephant Day, emphasising on the need to protect elephants, explains, "Who could ever imagine a world without elephants? We love elephants and want to protect them for many reasons including the ancient relationship that exists between them and us. In Asia, in particular they have a long history of domestic use, making them akin to our canine friends in this regard.  But even though we have had this long history living with elephants it is important to note that elephants are not a domestic species - they are wild animals living in captivity."  They have been our allies in times of need, reminds Sims, because humans have used them in battle or to profit from major economic endeavors such as logging.

"In many Asian countries in particular they are and have been revered for their spiritual/religious associations throughout history. Unfortunately, down through time they've also been exploited for money (in this religious and other capacities), but hopefully, with increased awareness building, this is beginning to change."

While there are many reasons to care about elephants, the Canadian filmmaker and conservationist, highlights one aspect that will help humans tackle the future. "Elephants are climate change mitigators in many ways. This includes their proclivity to graze on young trees, thereby enhancing carbon capture by the older remaining trees. It's also been found that African elephants are responsible for storing more carbon per unit than does the Amazon rainforest. With runaway climate change all over the world, we need all the help we can get in bringing carbon levels down, and the elephants can be a major ally in this fight."  Interestingly, she adds that ongoing studies have pointed out that the animals are resilient to cancer. "By applying these findings, scientists hope to learn how humans may become cancer-resistant, too," she shares.

Research about the elephant sanctuary you are visiting

From the tourism perspective, Sims says it is important to do your homework before you visit an elephant sanctuary as many of them are not ethically run. For instance, the conservationist says the facilities might not be adequate in meeting the many needs of these very large creatures. She explains, "The facilities might also feature such practices as forcing elephants to "paint" pictures (which are then sold to tourists), fostering elephant rides (one should never ride an elephant), and making the elephants perform various tricks for an audience of tourists. Too often the elephants have learned these tricks under extreme duress."

Avoid the use of elephants in temple practices

In India especially, elephants are still being used in religious ceremonies and festivals. During this time, Sims says, they frequently suffer from the extreme heat, loud noises of firecrackers overhead, lack of adequate food and water, cramped living spaces and more. "The use of elephants in temple practices needs to be phased out. Indian elephant activist Sangita Iyer is doing great work in this regard," she adds.

Sims says another practice to avoid is the taking of selfies with elephants because it may not end well.

If you are a small farmer, plant fodder crops for the elephants so they won't munch on garden plants. If there is an open ground well in your community, work collectively to see that it is covered over. Too many elephants, and other animals also, are falling into these open wells, which are all over India, and perishing in a slow and miserable manner.

This year, World Elephant Society, the non-profit organisation that coordinates the activities for the day will be taking a break as they are currently restructuring to spread their message in a bigger and better way.

However, they will be actively promoting their message through social media.

However, Sims says people can always watch her documentaries, When Elephants Were Young and Return to the Forest, which are available to rent or watch.

People can also donate to the organisations of their choice to help them sustain the protection of elephants.