Chembur gets a new all-day restobar with quirky offerings

A new all-day resto-bar offers a much-needed hangout to the eastern suburb. While the menu borders on the unadventurous, a few quirky hits and its cool vibe could result in a quick rise on the charts 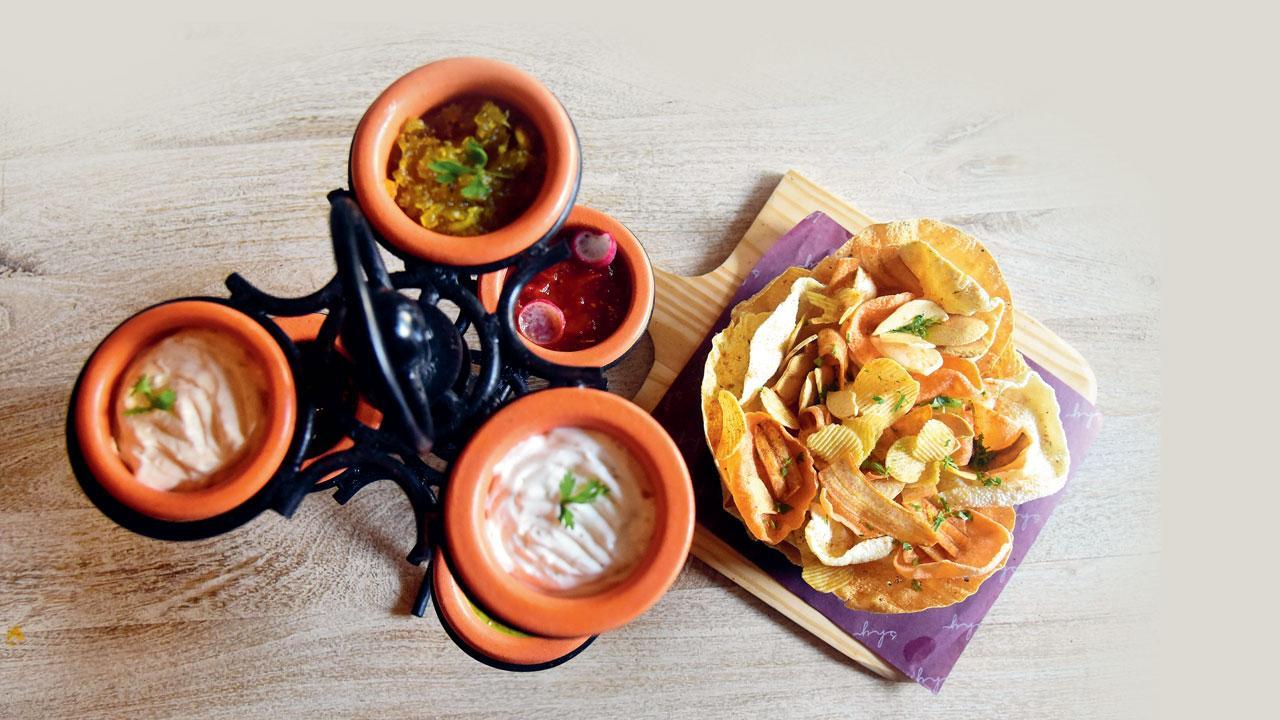 
Distressed walls, shelves stocked with classic titles, ornate portraits of naturalist art, cosy rattan chairs, and a sepia-tinged setting at Chembur’s new café-bar, Shy, remind us of a snug woodside forest cabin; the kind owned by a reticent, pipe-smoking retired colonel, except that this space is in the bustling heart of Chembur. Readers of a certain vintage will recognise the spot where Basant cinema once stood. A mall has sprouted in its place now, fronted by a handful of restaurants with Shy tucked in the middle, camouflaged by a few too many plants. 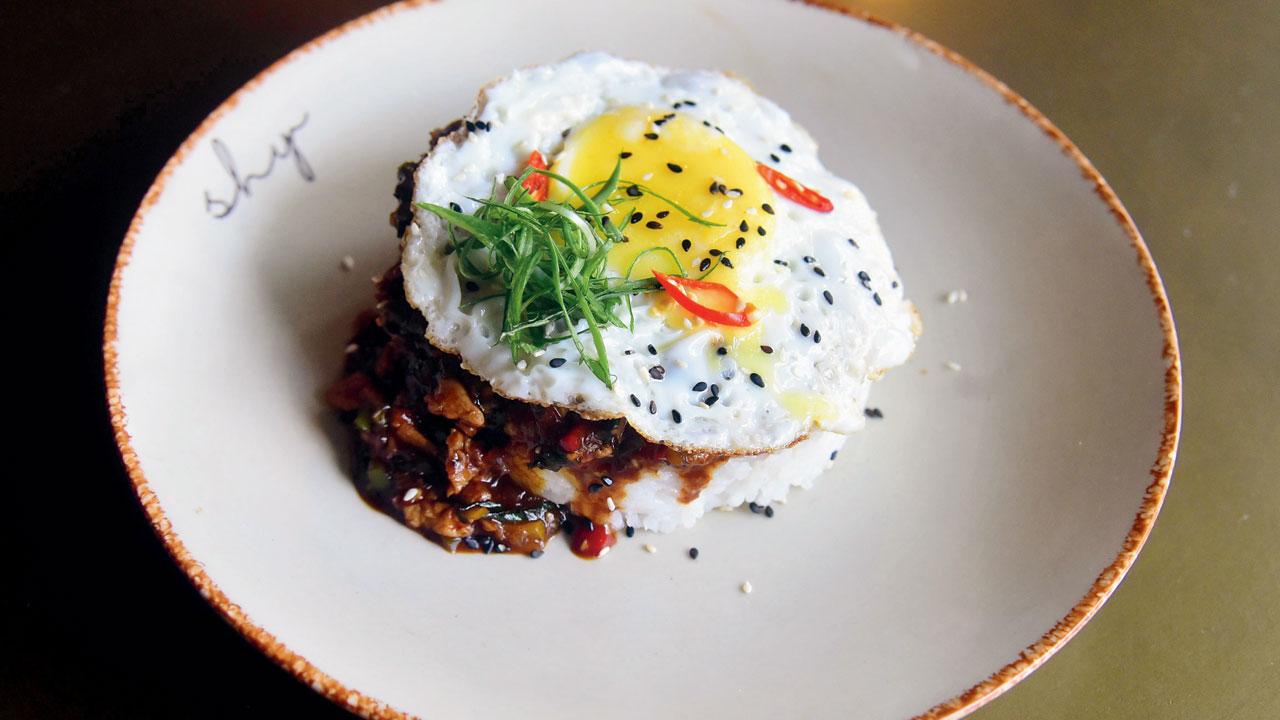 Spread across 3,500 sq ft with plenty of Instagrammable pockets, the restaurant offers the suburb a much-needed space to chill. It’s led by owner Ayush Kapur, director of Movie Time Cinemas Pvt Ltd, along with Aditya Wanwari, Nikita Harisinghani, Dhaval Udeshi and Pawan Shahri. Kapur’s family is the force behind the mall, as well as the yesteryear cine landmark. Well-versed with the character of this Sindhi, Punjabi and South Indian locality, Kapur identified the vacuum in the casual dining space. “I felt that a place like this would not only do well in Chembur but also be part of its development. Chembur lacks an ambience-oriented place, where one can work, have kitty parties, unwind with cocktails and savour comforting yet experimental food,” he explained. 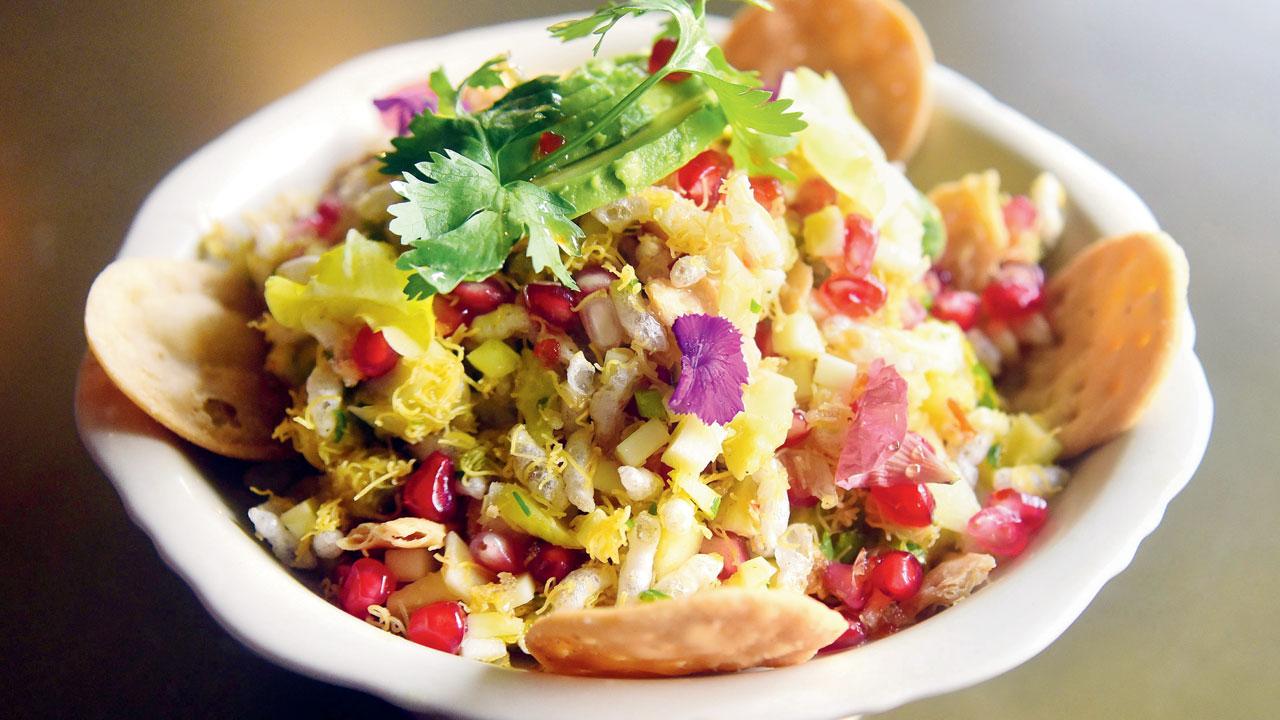 Familiar, bordering on safe, the extensive menu offers a mix of the usual suspects from Continental, Asian, Indian and American cuisines, among others. Skip the ubiquitous avo toast for avocado bhel that’s a crunchy, chatpata medley of puffed rice, avocado, pomegranate, raw mango and a chilli honey dressing; though, R410 is a stretch for the glorified street snack. Cheddar in bread finds a new avatar in fondue in pull-apart garlic bread (Rs 500). Pillowy on the inside and crispy on the outside, the bread prompts multiple helpings, dipped in the moreish fondue. This combo, along with the Indian mezze (Rs 400), makes for VFM options if you’re heading with a group. The latter comprises a delightful mix of papads, fryums and chips that one can dunk in assorted dips. We can’t say the same for the Lebanese mezze (Rs 425); the truffle hummus proves a tad salty while the falafel is dry. 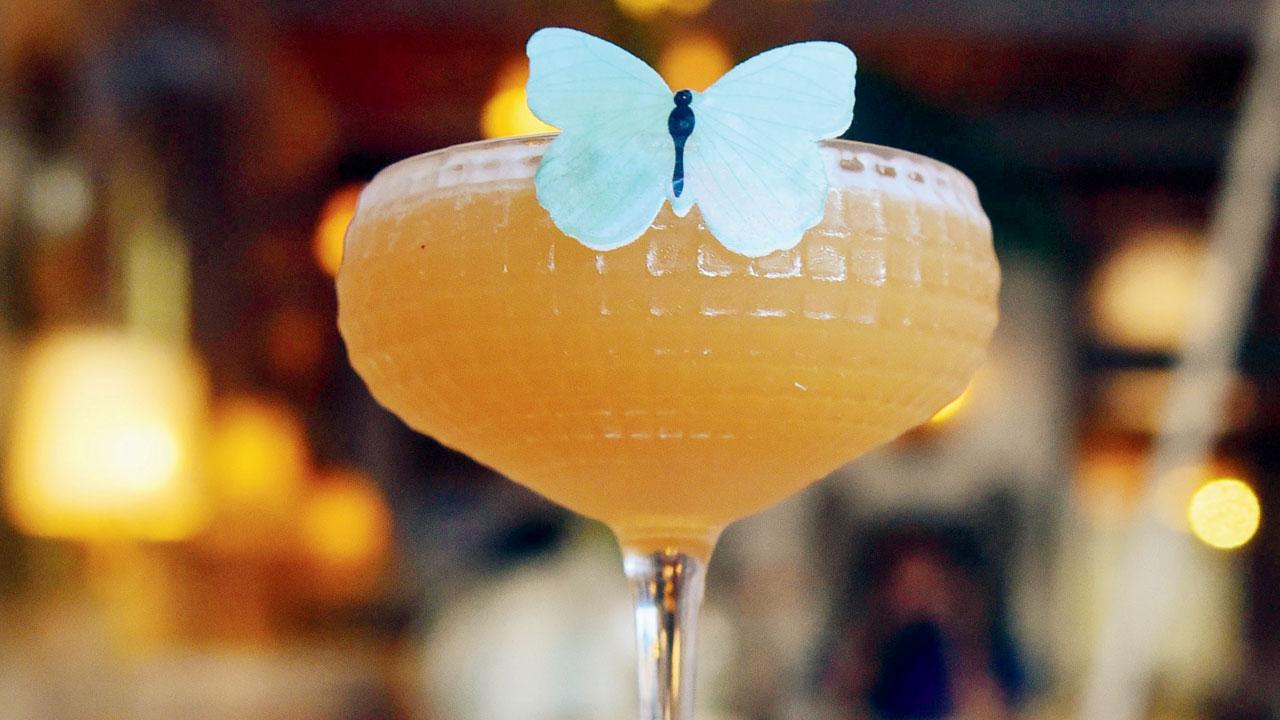 The service, while quick, is in a jumble during our visit, which we hope is a teething issue. A pretty, butterfly bearing cocktail, called elixir (Rs 600), distracts us with a fun blend of gin, yuzu and tonic water. While chocolate moonshine (Rs 550) — white rum, coffee and chocolate syrup — lacks the caffeine punch we were craving, French velvet (Rs 580), with vodka, elderflower, cucumber, tender coconut water syrup and tonic water, offers a bubbly respite. In between sipping on these cocktails, we sneak in a plate of truffle cream cheese spring rolls (Rs 400) that are downright crispy, creamy and addictive. 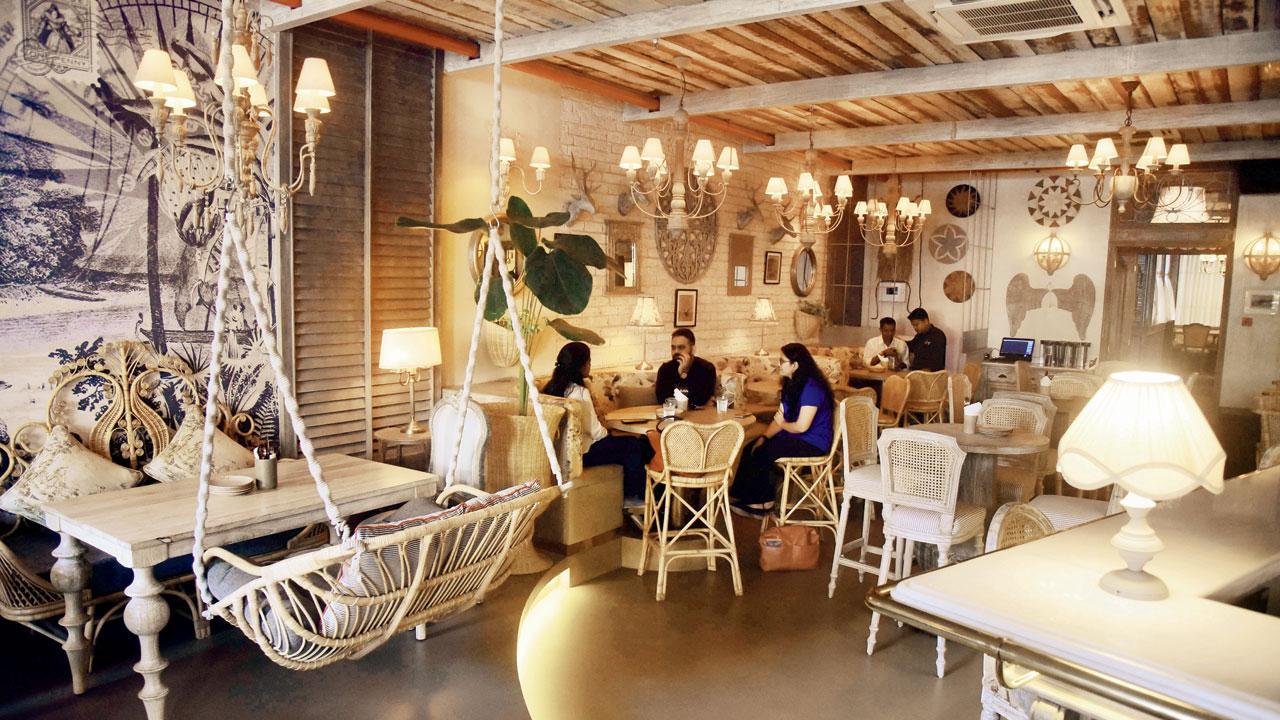 Among the mains, we settle for chicken krapow donburi (Rs 650), a wholesome Thai delicacy of sticky jasmine rice topped with chicken in holy basil and bird’s eye chilli, and a sunny egg. The chicken ghee roast pizza (Rs 600) is a pleasant surprise with kadak ghee-fried curry leaves and chicken toppings in a subtle ghee roast masala. We wrap up our meal with the broken pot (Rs 550) that comprises strawberry mousse on chocolate soil, speckled with edible flowers. Just the right balance of sweetness, it doesn’t shy away from creating arty drama on the table.

Next Story : Here's a list of meal options to order in to satisfy your cravings, from junk food to healthy