This new exhibition at CSMVS highlights Indian women who paved the way for education, healthcare and progress

A brand new exhibition at CSMVS spotlights the many feisty women of the 20th century who paved the way for women’s education, healthcare and their progress 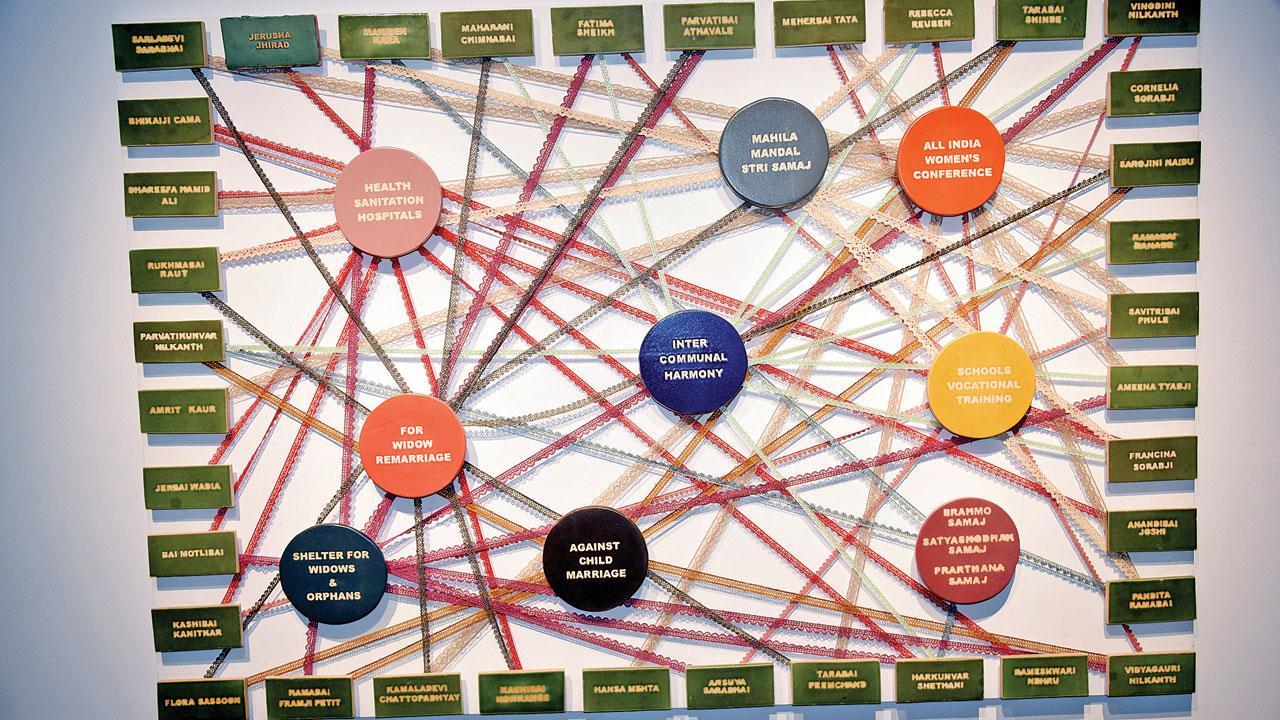 The board links names of firebrand women in the Bombay Presidency to their varied endeavours. Pics/Sameer Markande


In the 21st century, we often associate the fight for women’s rights and empowerment as something that took shape and is further developing in the present times. Our understanding of the Indian history of women’s empowerment skips the innumerable ordinary voices which slowly and steadily made way for what women can think of achieving today. Changemakers, a tribute exhibition at Chhatrapati Shivaji Maharaj Vastu Sangrahalaya’s (CSMVS) Premchand Roychand Gallery, highlights the lives of such women. Neeta Premchand, the curator of the display, says, “Things kept coming together when I found names of women from that period being repeated in my documents and reading material. That’s when I looked closer.” 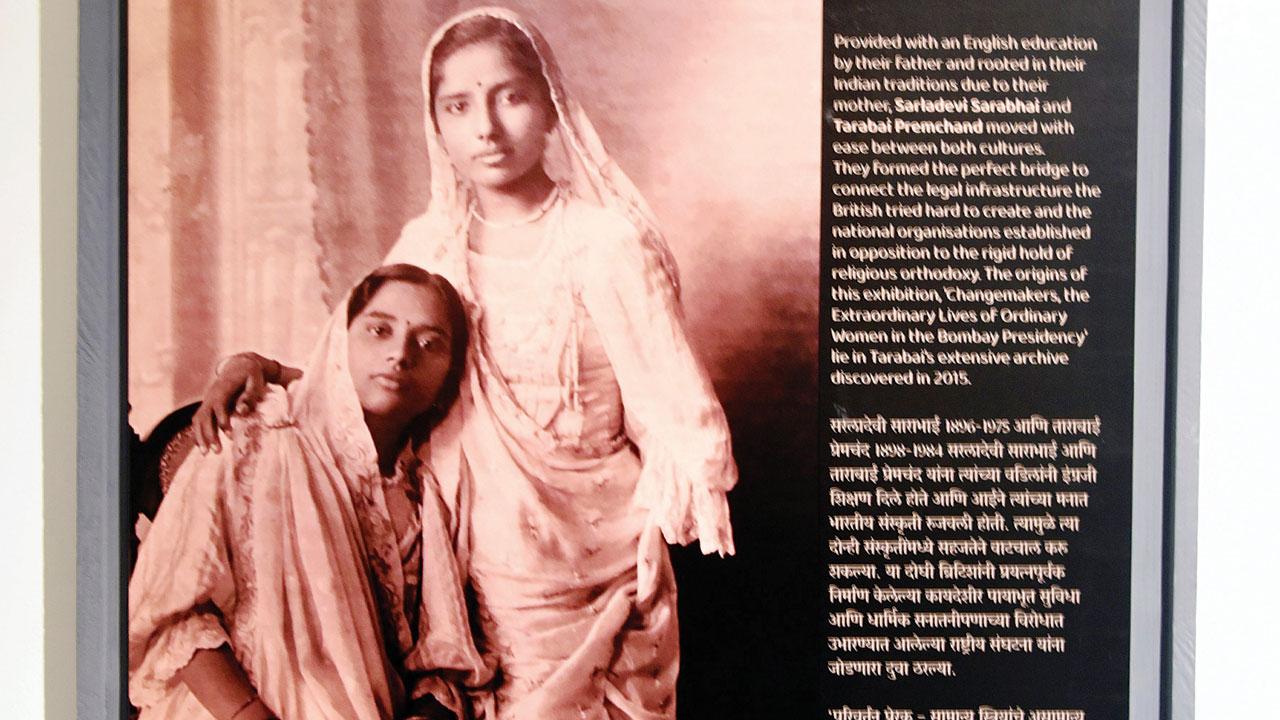 There’s a misconception that women changemakers who lived in the Bombay Presidency could care to think about social development and girl child education because their wants and wishes were covered by their riches. Names such as Sarladevi Sarabhai and Tarabai Premchand prove this idea wrong. They were married into rich households but didn’t belong to affluent families. So they made use of their privileges to serve other people. 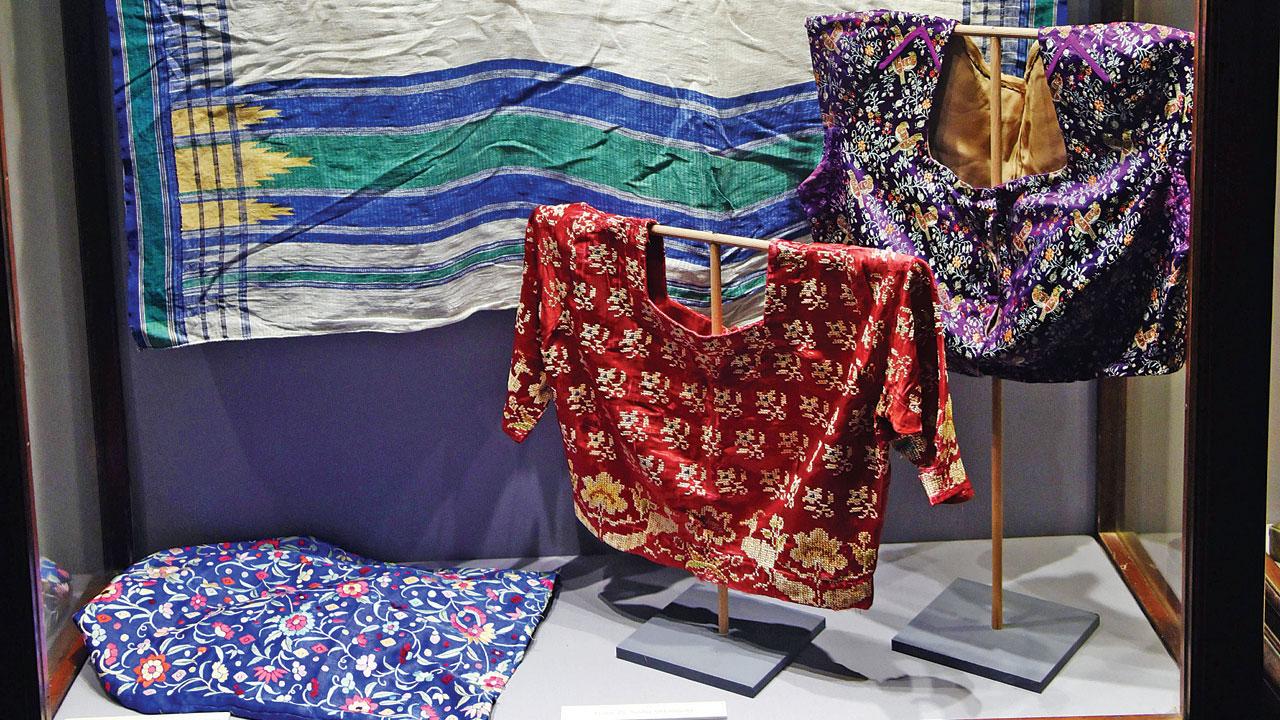 Khadi is a pervading theme across the display as the material aptly embodies the spirit of the times. We find it at the entrance and later as a canopy tying varied elements of the show. This exhibit features a handspun and handwoven white and blue khadi saree that was made by Raihana Tyabji for herself. The fact that the saree exists till date tells us about the significance of material memory. 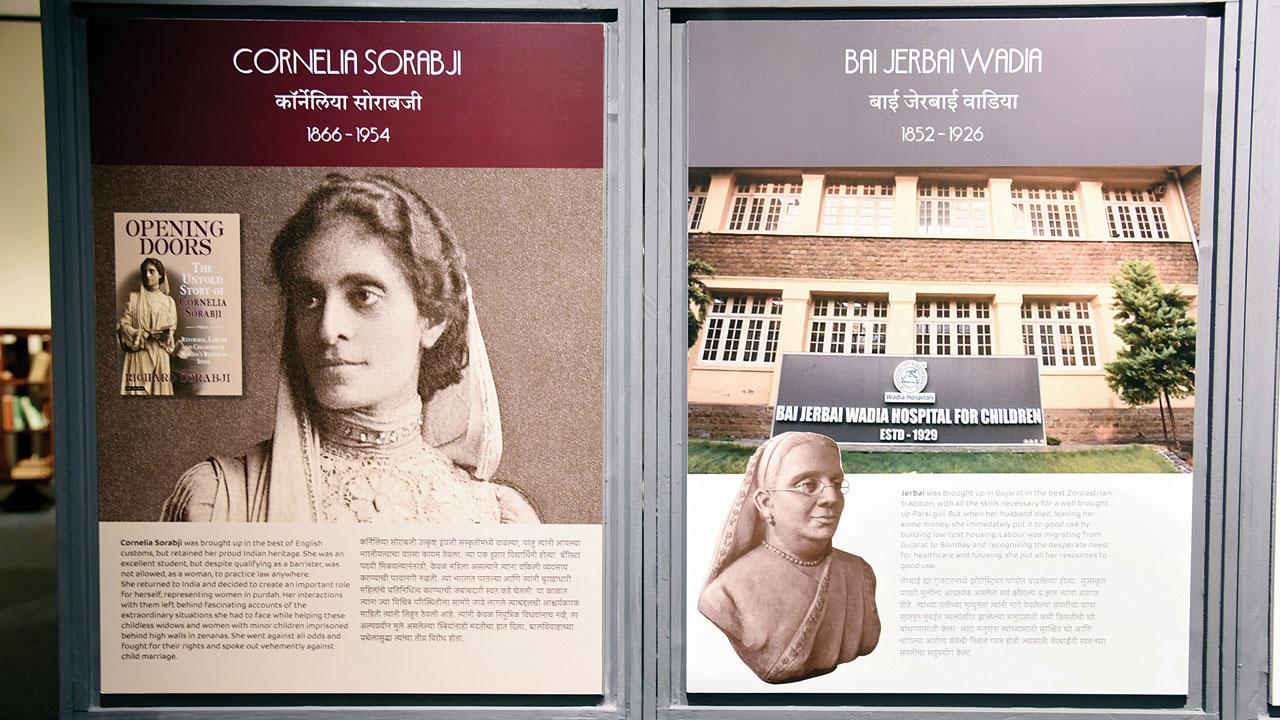 Cornelia Sorabji was the first female graduate from Bombay University. She was also the first woman to study law at Oxford University. Her pursuits were kindled by the belief that unless all women were educated, no political reform would hold lasting value. Bai Jerbai Wadia was dedicated to providing better facilities at affordable prices to Zoroastrian migrants looking for opportunities in the big city. The founder of Bai Jerbai Wadia Hospital for Children had built trusts for Parsi welfare.

Design innovations suited for the needs of the time 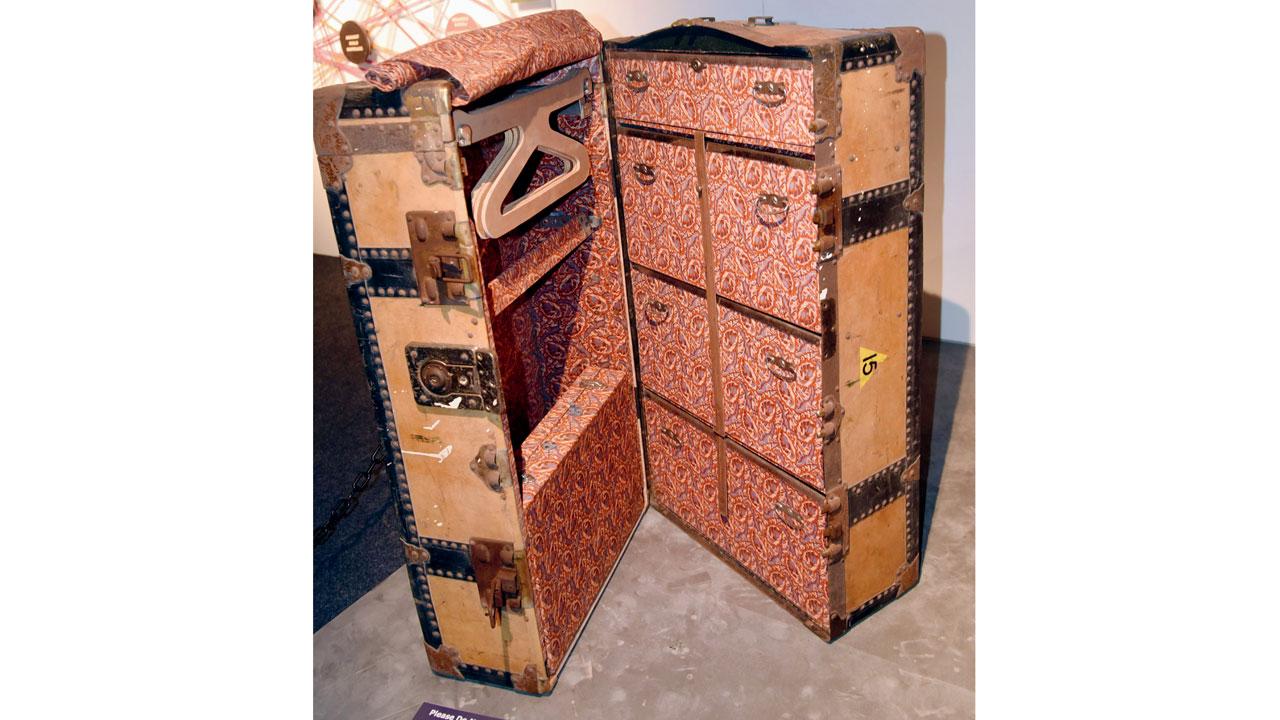 Women in that period used to travel across the seven seas to effect socio-economic change through higher education. Anandibai Joshi is one such example. Twentieth century men and women were known to travel in great comfort and had access to functional design. The above picture shows the insides of a suitcase that doubles up as an almirah with respective drawers and sections. The design was executed such so that it wouldn’t give way in a sea storm.

Glaring through the past 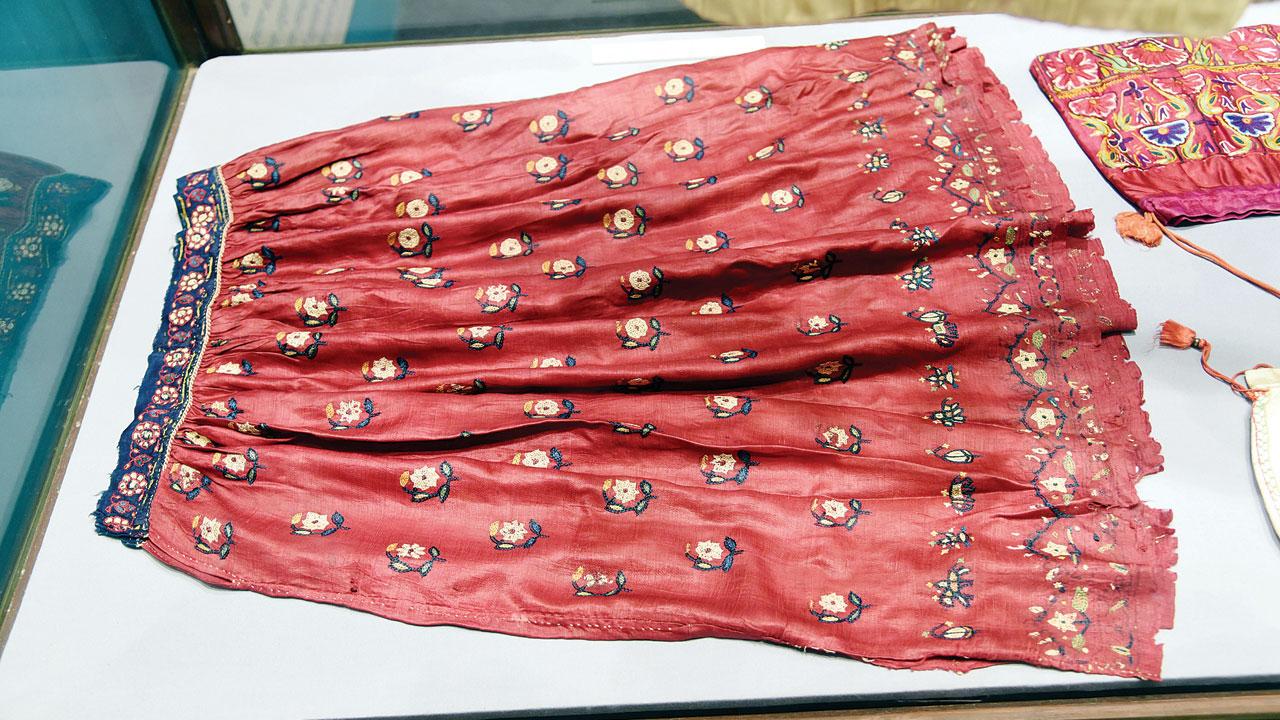 Women in that epoch we — re married early  that’s something we are aware of, but the harshness of such a practice stands out in exhibits like this red and blue wedding ghagra. It belongs to a nine-year-old bride. The tactile exhibition also shows blouses and bodices worn by women in the 20th century.

Next Story : Enjoy unique food and drinks at the India Cocktail Week this weekend in BKC