Passengers also suffer as several trains were cancelled after protesters destroyed torched trains and destroyed railway property; they were also reimbursed for cancellations 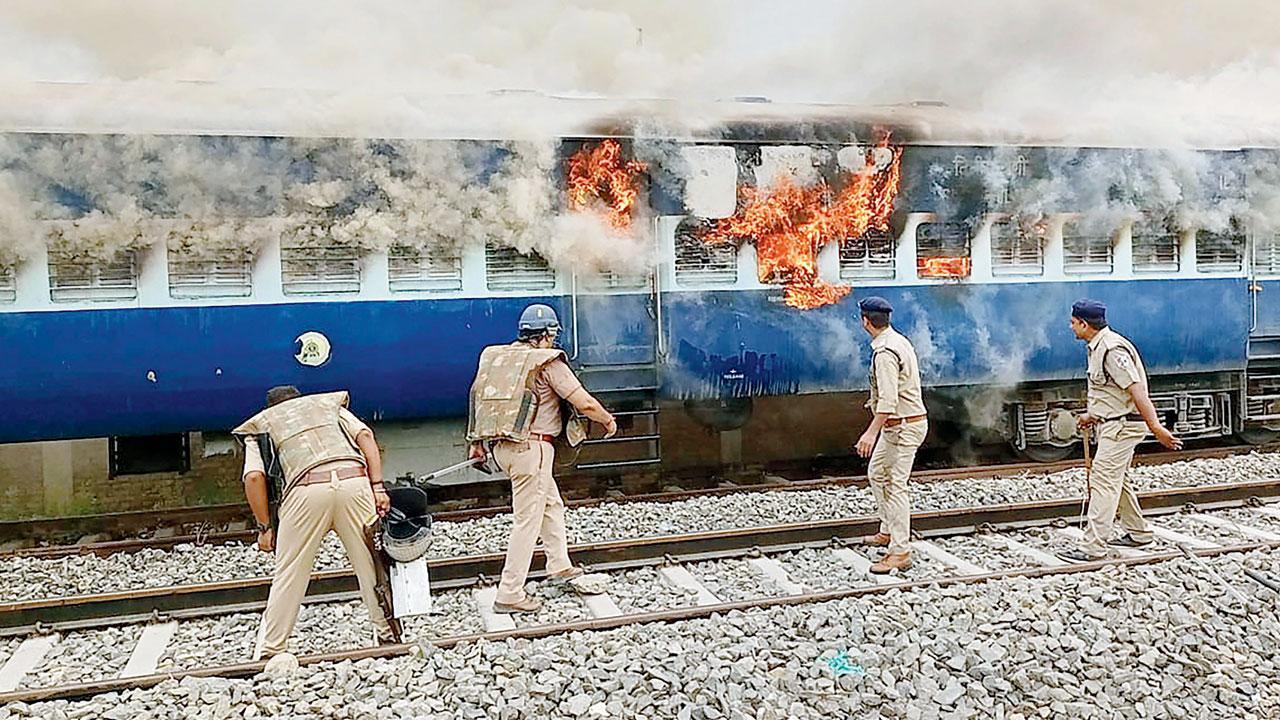 Cops try to douse a fire in a train, in Ballia of UP, on June 17. Similar scenes were seen in many states. Pic/PTI


The recent Agnipath protests that engulfed several parts of the country and saw widespread destruction of rail properties also hit thousands of passengers after authorities were forced to cancel several trains. Anxious passengers are now struggling with fresh rail bookings, which may not guarantee them confirmed berths due to extra load.

A large number of trains from the city on both lines have been cancelled due to protests over the Centre’s Agnipath scheme for armed forces. While the Central Railway (CR) has so far counted its losses at Rs 75 lakh, several services of WR have been hit badly. The protesters damaged railway property and torched dozens of trains.

“The damage to assets leads to problems as it affects services and collapses the timetable. On WR, the cost of damage/ destruction of railway property due has been to the tune of Rs 46,000 at Indore and Rs 38,000 at Chittaurgarh,” a senior railway official said. In addition to this, the window panes of the Awadh Express were shattered. On CR, the window glasses of 15 coaches were broken, while one entire coach was damaged in addition to the damage to infrastructure and stations.

“We had to cancel as many as 17 trains originating from Mumbai, which can be counted as losses of revenue in the range of Rs 7-8 lakh per cancelled train,” a senior official said. Indian Railways has so far incurred losses of over Rs 1,000 crore, including damage and reimbursement to passengers for ticket cancellations over the past few days.

Next Story : Ukraine asks medical students to return, but Mumbai parents not comfortable