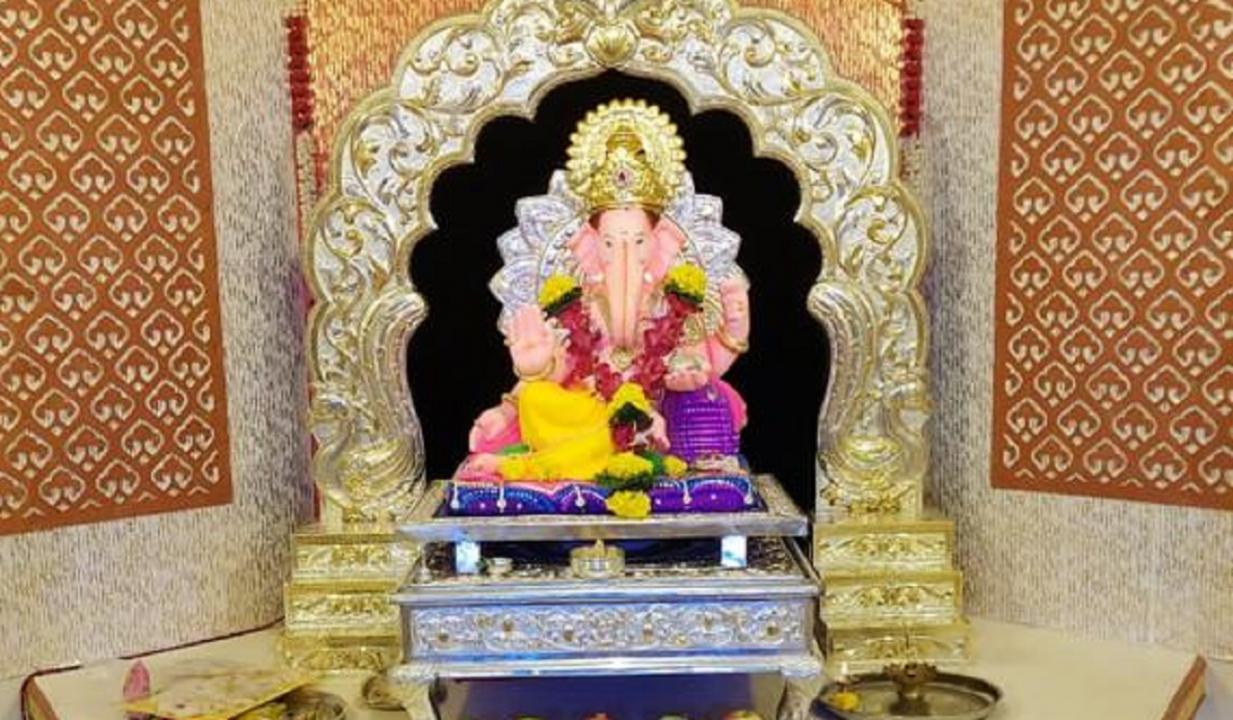 
The streets are lit and abuzz with chants of 'Ganpati Bappa Morya' in Mumbai. After two years of muted celebrations due to Covid-19 pandemic, people are going all out to celebrate the festival. Mumbai is also the home to some of the oldest mandals. Shree Sarvajanik Ganeshutsav Sanstha at Keshavji Naik Chawl at Khadilkar Road in Girgaon in Mumbai has organised bigger celebrations this year as it is their 130th year of celebrations.

It was in 1893 that Lokmanya Bal Gangadhar Tilak decided to hold celebrations of Ganesh Chaturthi as he saw it as a tool to unify the people against the British. Two of his followers who resided in Keshavji Naik chawl, Girgaon, were among the first to respond to Tilak's call. The mandal is known for its traditional celebration without loudspeakers. 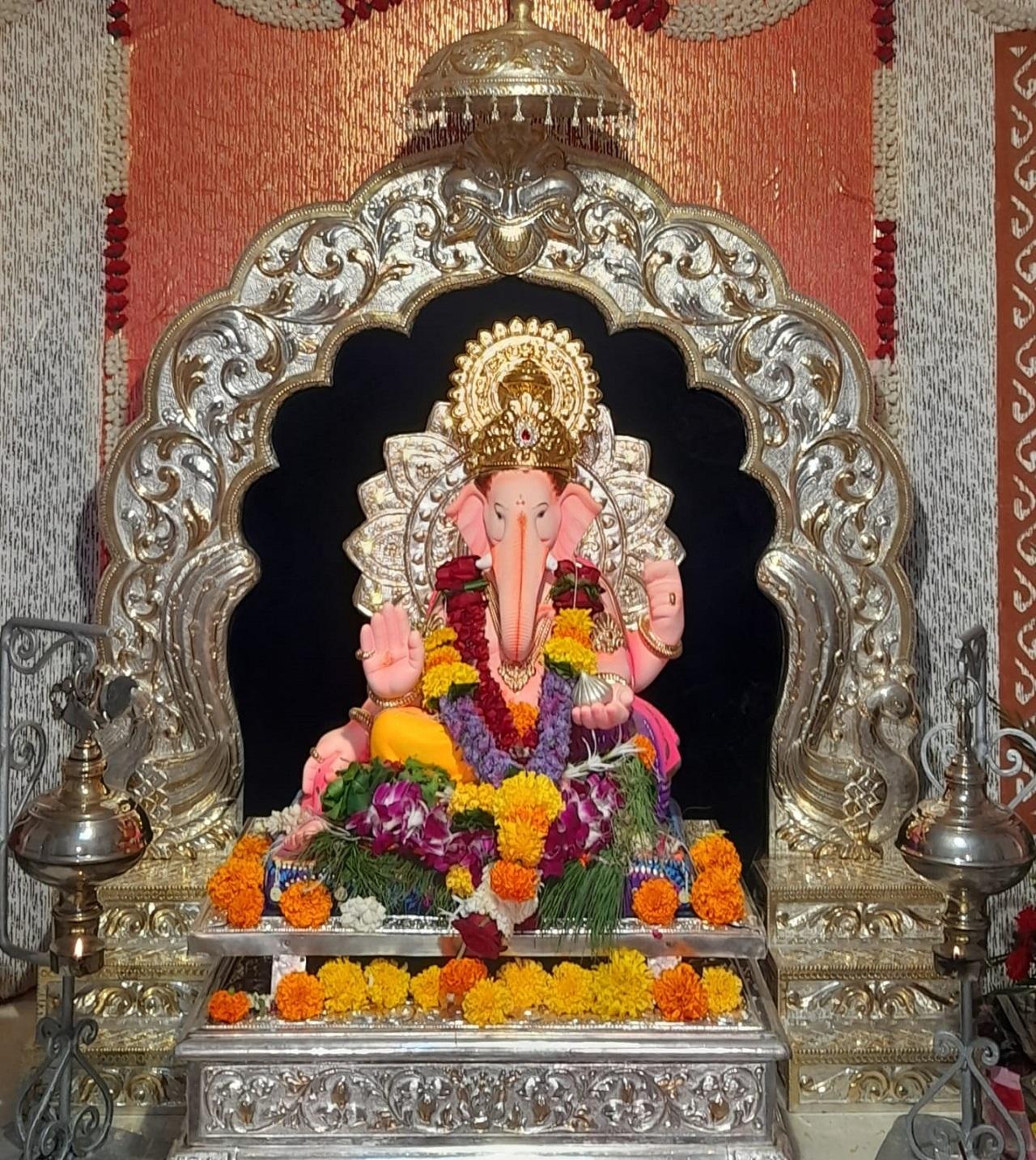 As claimed by the mandal, they hosted freedom fighter Lokmanya Bal Gangadhar Tilak in 1901.

The Sanstha’s website states that the Ganpati festival was celebrated as a public event during the reign of the Peshwas also. After the end of Peshwa rule, from 1818 to 1892 Ganeshotsav remained a family affair in Maharashtra, before Tilak restarted the practice. He had seen mass celebrations in the princely states of Baroda and Gwalior, which inspired him to do the same for Maharashtra.

Known for its traditional and eco-friendly celebrations, the Ganpati pandal is set up in a small open space between two buildings of the Keshavji Naik Chawl. The idol has always been of two-feet height and is made by Rajendra More, a third-generation idol maker based in Girgaon.

“It all started in 1893 after Lokmanya Bal Gangadhar Tilak gave a call for celebrating Ganeshotsav. And in 1901, Tilak visited the chawl during Ganeshotsav,” Mangesh Pokale, vice-president of Shree Sarvajanik Ganeshutsav Sanstha, told Mid-Day.

Since then, Ganeshotsav is celebrated in a traditional way in our chawl, he added.

The residents ensured that the essence of the festival remained unchanged even as it grew in size and conduct.

Speaking about eco-friendly Ganeshotsav, Pokale said, “The murti of Bappa is made of sadhu (clay) since it was established. Every year a new idol is made but of the size, pattern, design and height, which is two feet. The murti is made by Rajendra More, a third-generation idol maker based in Girgaon.”

While explaining how the mandal celebrated the festival during two years of the Covid-19 pandemic, Pokale said, “It was done very simply as compared to earlier years. We followed all government norms during the pandemic and celebrated Ganeshotsav. We even immersed the murti in an artificial pond that was setup in the chawl.” 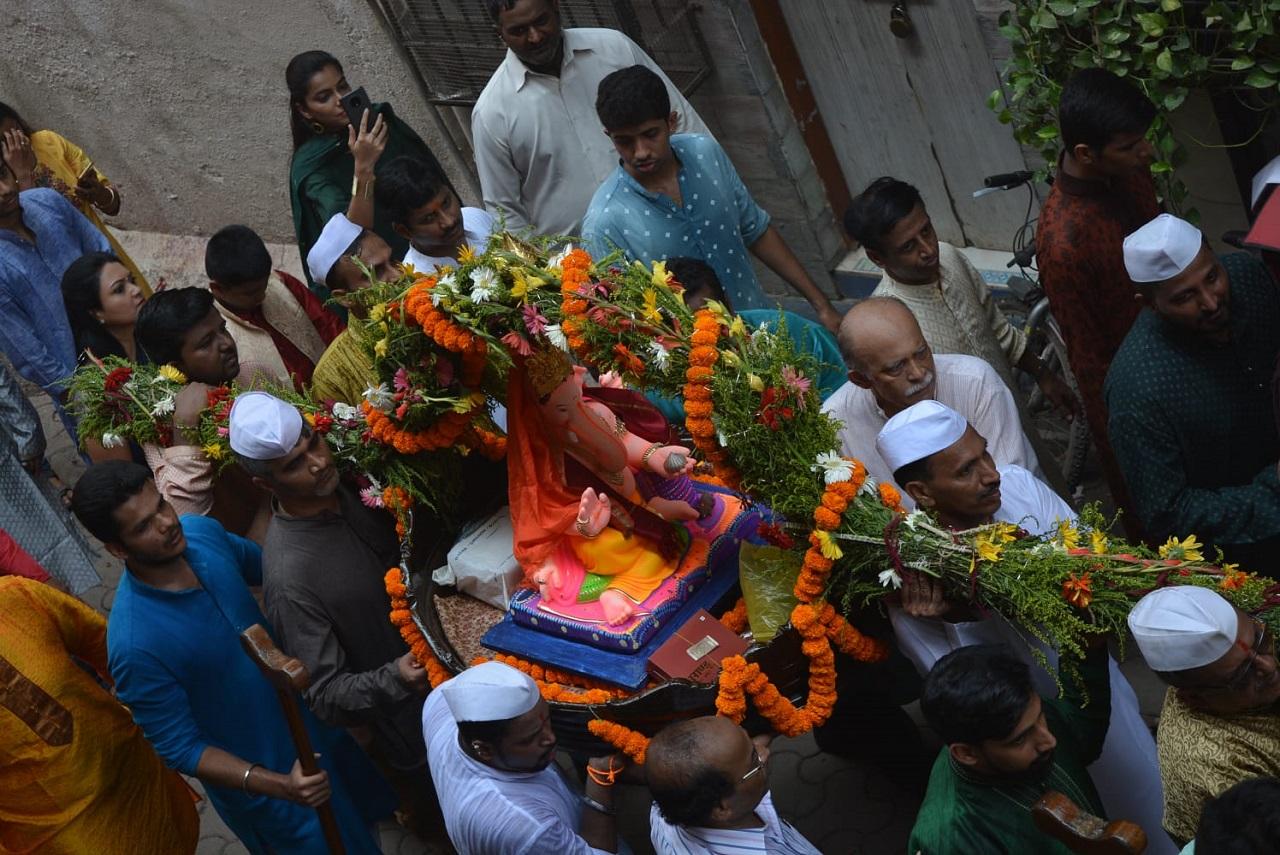 The mandal is also known for following a traditional way of Visarjan. “We take Ganpati Bappa in a palkhi on Visarjan day. Everyone is dressed in traditional attire, along with traditional lejim and dhol-tasha,” the vice-president of Shree Sarvajanik Ganeshotsav Sanstha said.

But during the pandemic only 10-15 people brought the murti and even during the Visarjan only these people were present and it was done in the chawl itself, Pokale added.