I was framed by a businessman and city cops: Raj Kundra

Kundra named officers of Mumbai Crime Branch in his letter to the CBI, and claim the entire case is based on personal vendetta, say sources 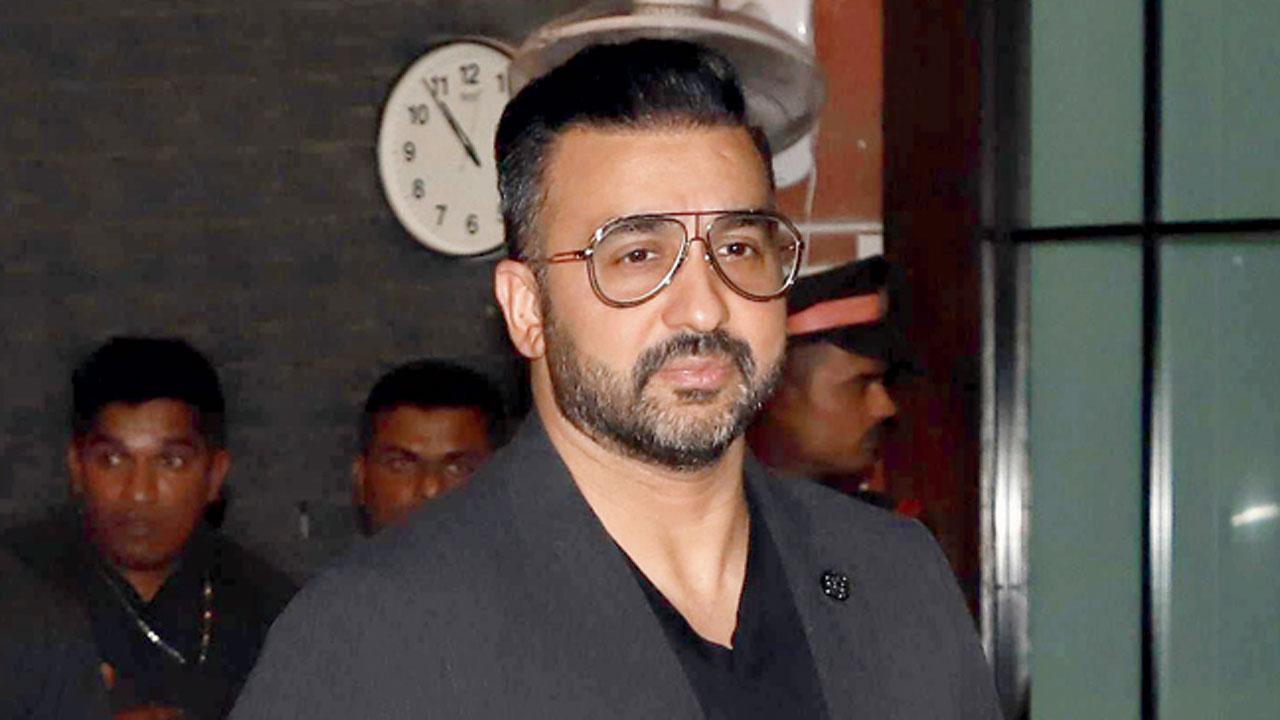 
Businessman Raj Kundra has written to the Central Bureau of Investigation (CBI), claiming innocence in the pornography racket case and alleging that senior officers of the Mumbai Crime Branch had framed him. He has requested the CBI to investigate the case.

Raj Kundra, the husband of Bollywood actor Shilpa Shetty, claimed that the entire case was built on personal vendetta of one businessman who connived with certain police officers to get him arrested. He has been accused of being the kingpin of the racket. mid-day has learnt that Kundra has named officers in his complaint letter to the CBI, and addressed it to the prime minister’s office as well.

The businessman said that certain officers of the Mumbai Crime Branch did everything to frame him in the case even though his name was not there in the 4,000-page original charge sheet. Every witness in the case was pressured to testify against him, he alleged. Sources told mid-day that Kundra has told the CBI that he can share details of many such witnesses who will testify to the same.

According to the complaint letter, the accused police officers had invested their black money with the businessman allegedly behind framing Kundra. A source read an excerpt from Kundra’s letter: “I have lived in silence for one year; ripped apart by a media trial and spent 63 days in Arthur Road Jail. I seek justice from the courts, which I know I will get, and I humbly request an investigation against these officers.”

Kundra was arrested July 19 along with his employee Ryan Thorpe for allegedly running a pornography racket. The then Mumbai police commissioner Hemant Nagrale had told the media that he is the key conspirator in the case. Kundra and Thorpe got bail on September 19 last year. Recently, he filed a discharge application before Killa court and claimed that he is innocent and had nothing to do with the shooting of pornographic or obscene contents as alleged by the prosecution.

“There is not a single allegation in the entire  supplementary charge sheet against the present applicant [Raj Kundra] that the he was actively involved in any of the video shootings or creating of the videos having pornographic content. In fact, it is a sole discretion of the individual artists to upload their contents on the App. All the agreements entered by the Artists are with arms-prime, the name of the applicant is nowhere mentioned in any such agreements for any purpose. The present applicant have not even shared any business views or have not been involved in any business transaction on such agreements or for uploading such content on the app by artists,” read his application.

The Mumbai Crime Branch has also filed its reply before the court opposing his discharge application saying that there is enough material against him. The matter is scheduled for final hearing on November 4. Kundra did not respond to the message  sent by mid-day for his comment. A senior officer of the Crime Branch, requesting anonymity, said he was not aware of any such complaint. “In the pornography case, we have filed a charge sheet and the matter is before the court, so it’s not appropriate for me to comment.”

On February 4, the Property Cell of the Mumbai Crime Branch carried out raids at a bungalow in Malwani, Malad, where adult films were allegedly shot by forcing and threatening women. Police arrested five people and some others later. The police filed the first charge sheet on April 3 against nine accused. They arrested Kundra and Thorpe in July.

Next Story : Mumbai: Amid political row, Western Railway to get 31 new AC services