Independence Day: Make some noise for our ‘Fauji’ boys 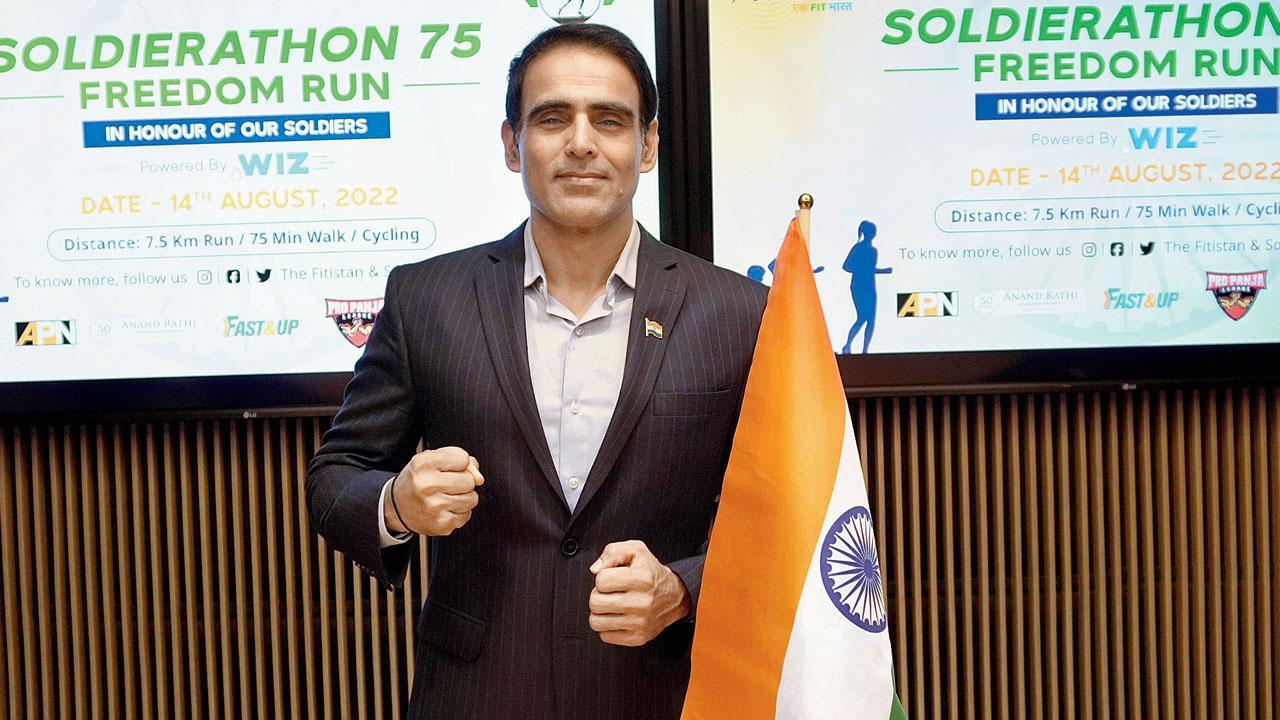 
Even as citizens slept peacefully, four soldiers were killed in a militant attack on an Army base in Jammu & Kashmir’s Rajouri district on Thursday, giving credence to the lines: ‘For our tomorrow they gave their today.’ Events like Soldierathon, to be held across India on Sunday, the day before I-Day, can make these casualties more than statistics evincing sympathy. It can bring defence personnel and citizens closer, for a better understanding of the magnitude of the loss and the subsequent struggles their equally brave families undergo.

In Mumbai, Soldierathon will be held at 15 locations in the city, including Parel, Chowpatty, Andheri, Dadar and Dombivli, and 115 locations across India. The event is being held under the movement with the self-explanatory name, ‘Fitistan or Ek Fit Bharat’. Pan-India, 13,138 participants have registered to run for 7.5 km, or walk or cycle for 75 minutes. The number 75 is for the 75 years since India's Independence. Personnel of the Army, the Air Force, the Navy will run along with the citizens, fostering a spirit of oneness.

Major Dr Surendra Poonia, former Special Forces officer of the Indian Army and the founder of ‘Fitistan-Ek Fit Bharat’ and Soldierathon, announced the event on Friday morning. “It has a two-pronged aim; more understanding and acknowledgement of the supreme sacrifices by our forces and a fitter Bharat,” he said. Major Poonia recalled being in Kashmir many years ago, where he "saw several of my friends killed in anti-terror operations. I served with the President’s Bodyguard [the senior-most regiment of the Indian Army]. I recall Dr A P J Abdul Kalam wanting to do something for the families of slain soldiers. He was emotional meeting the young pregnant widow of a soldier who had been killed in combat and said to me: ‘we must do something for their families’. And Soldierathon was born.”

Poonia went on to regale the attendees, a mix of media persons and other ‘fitness captains’ who are  leaders associated with Ek Fit Bharat about how Dr Kalam rejected “at least 60-70 names for the event... He finally said a resounding yes to my suggestion of Soldierathon.”

The passion project took off in earnest after Dr Kalam’s passing. Earlier, Soldierathon events have raised funds that went towards wounded soldiers. Major Poonia said, “For the August 14 event, there is no fund raising. It is fuelled by emotion, passion and motivation since this is such a special day. Every citizen who saves a person from drowning or from a fire, and at times at the cost of his life, is also a soldier of the nation. Our men in uniform do not want much, but they need to believe they have the full support of their fellow citizens. When they feel that in spirit, they will go all out when they fight for India.”

Dr Poonia added that under the Ek Fit Bharat umbrella, “every young person in a family has a duty to be a fitness ambassador. We have a humongous population and numbers are considered assets. Imagine if people do not look after their health and become a burden, straining the system. I have seen death first hand, limbs blown away in attacks. I know the fragility of human life. Let us value human life and team work.”

In the end, Dr Poonia and Shilpa Bhagat, also part of Ek Fit Bharat’s vision and mission, said they were overwhelmed by the huge response to Soldierathon. “The response has been overwhelming,” said Bhagat. Both of them said this gives them the confidence “for the next Soldierathon to break all records, with over 1 lakh participants, when it is held on Vijay Diwas (December 16). This is the day India defeated Pakistan in the 1971 war and a new nation—Bangladesh—was born.”

Next Story : Thane: Part of residential building collapses, nobody injured