While vaccination centres do not know when the vaccine will be back in stock, experts say this is temporary and that production should be amped up by manufacturers amid changed projections 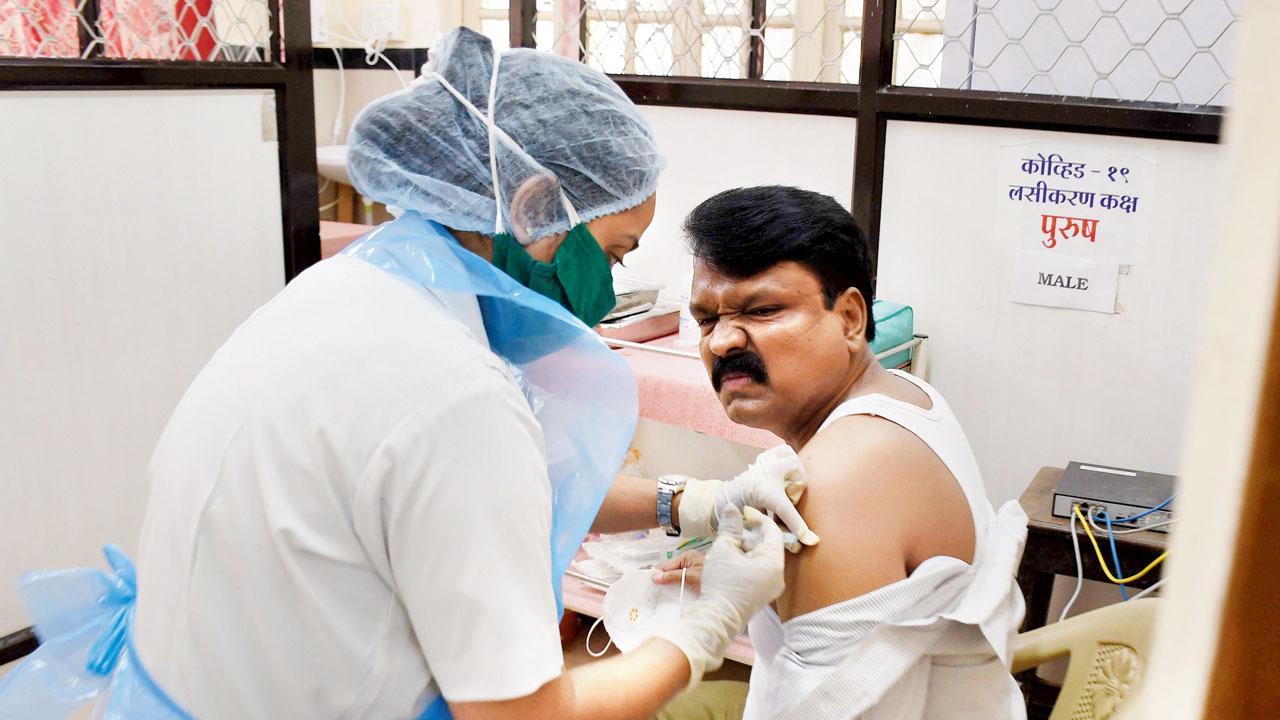 A frontline worker gets a Covaxin shot at JJ Hospital in south Mumbai. File pic


Mumbaikars looking to get vaccinated have been countering the unavailability of Covaxin, the indigenous vaccine created by Bharat Biotech that reportedly has a higher efficacy rate than Serum Institute of India’s Covishield. This has led to people either opting for Covishield or returning without vaccination.

The government-run JJ Hospital is one of the facilities where the Covaxin stock was exhausted over the weekend. The shortage continued into this week, with no clear sign of when the stock will be replenished. A doctor at the Prevention and Social Medicine (PSM) department, entrusted with vaccine-related tasks at the hospital, said: “We don’t know when new stock will come in. People have been asking for Covaxin and some have chosen to wait for it.”

The NESCO vaccination centre has been facing a shortage of Covaxin for more than a week. “We have not had any stock of Covaxin for 10 days,” said Dean Neelam Andrade. “We don’t know the reason for the shortage or when stocks will be replenished.”

Prakash Singh, manager of Malad’s Balaji Hospital, said they, too, are facing a shortage for five to seven days. “However, people anyway opt for Covishield at our facility,” he said.

Public health expert Dr. Suneela Garg, a member of the Lancet COVID-19 commission and vaccination task force for India, said, “One of the reasons for the shortage is that initially, people were choosing Covishield. Companies produce vaccines based on forecasting, there are projections involved. However, now more and more people want Covaxin, causing a sudden spike in demand.” She added, “This shortage is just a temporary lull and I am confident that it will be rectified soon enough.”

Dr. N K Ganguly, former director-general of Indian Council of Medical Research, said, “There is usually a certain capacity for vaccine manufacturers. Vaccines are made on advance orders. The manufacturers had first built up a capacity for healthcare workers and then for people above 60 and 45 years of age. The calculation was such that Covishield would sell more than Covaxin.” He added:

“This shortage isn’t a cause for worry. If manufacturers are given an advance order then they can accordingly enhance capacity and production.” mid-day reached out to Bharat Biotech about the shortage but did not receive a response.

Next Story : Turnout of senior citizens for COVID-19 vaccine low in Mumbai over the past week