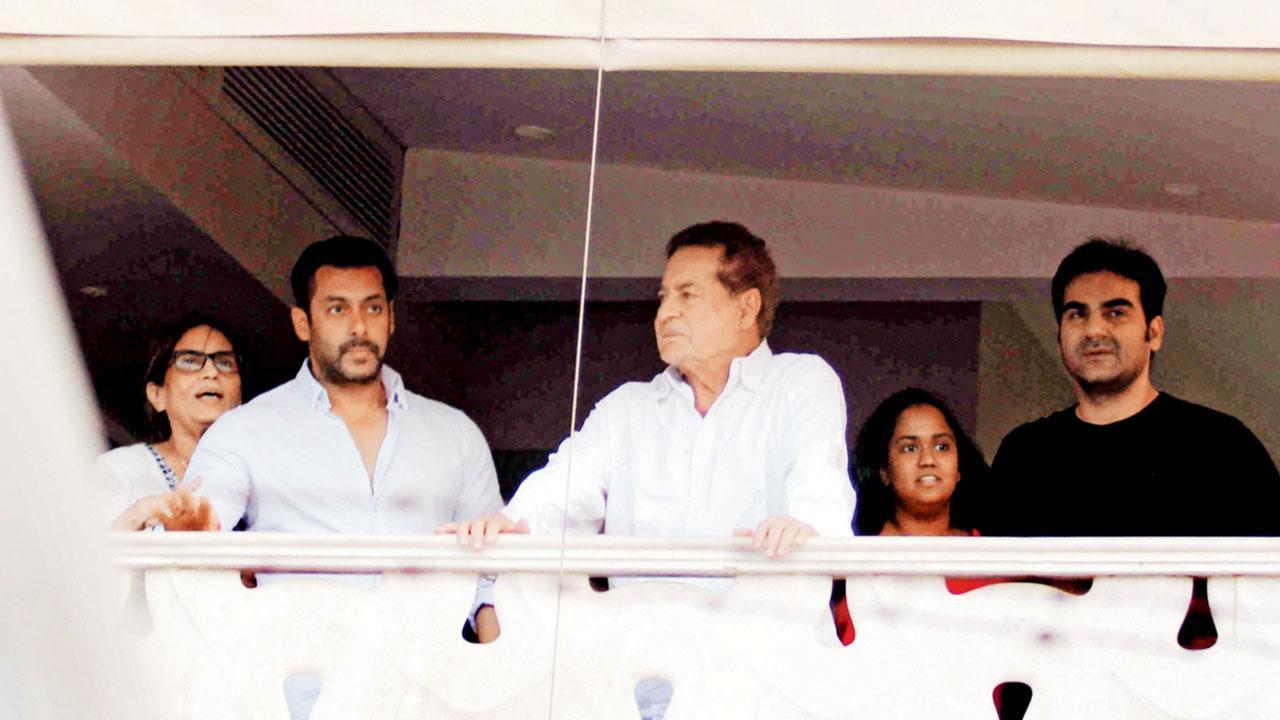 
The clueless police and Mumbai Crime Branch are now collecting mobile phone dump data to trace the person who gave the death threat to actor Salman Khan and his father Salim Khan. It was in a chit left on a bench on Sunday near the superstar's residence, where every morning Khan’s father sits after his walk.

The Bandra police and the crime branch have recorded dozens of statements which include those of Salman and Salim. According to sources, the police asked Salman if he had received any threats before on his personal number, or on social media. In his statement to the police, he said he hasn’t received any threats in the past few months. He also said he is not aware of Goldy Brar who is in Canada, and Lawrence Bishnoi who is lodged in Tihar Jail in Delhi. The cops wanted to verify if he knows them and if there is any reason due to which they may have given threats to him. The police suspect Brar and Bishnoi as at the end of the chit it was written G.B and L.B. Both gangsters are known by these short forms of their names.

"In 2021, Bishnoi sent Rajasthan-based gangster Sampat Nehra to Mumbai to kill Salman. Nehra conducted a recce of the actor’s residence, but failed to execute the plan, and was later arrested. During the investigation, he revealed Bishnoi’s involvement, and also said he could not get near Salman and his pistol could not shoot from far," said a police officer.

Deputy Commissioner of Police Manjunath Singe (Zone 9) said, "We have not found any clue in this case yet. We are probing the matter with all possible angles.” Another officer said that as they haven't got any clues, they will check the mobile dump data of the area for further investigation.

The Bandra police have registered an FIR under section 506(2) based on a complaint received from Salim Khan on June 5. However, the cops have not got a breakthrough in the case. There were  no CCTVs at the spot where the threat letter was found.

Lawrence Bishnoi’s gang has been trying to kill Salman Khan since the latter’s involvement in the killing of a blackbuck in Jodhpur, Rajasthan, in 1998. The Bishnoi community worships animals and hence he wanted to avenge the killing of the blackbuck. He has a gang of 700 members who are spread across the country, and two of them were also involved in the recent killing of famous Punjabi singer Sidhu Moosewala.