The railways are working on upgrading the Mumbai-Delhi route to 160 kmph. As a part of this, we are upgrading tracks, assets, bridges and even fencing. The target is March 2024, a WR spokesperson said 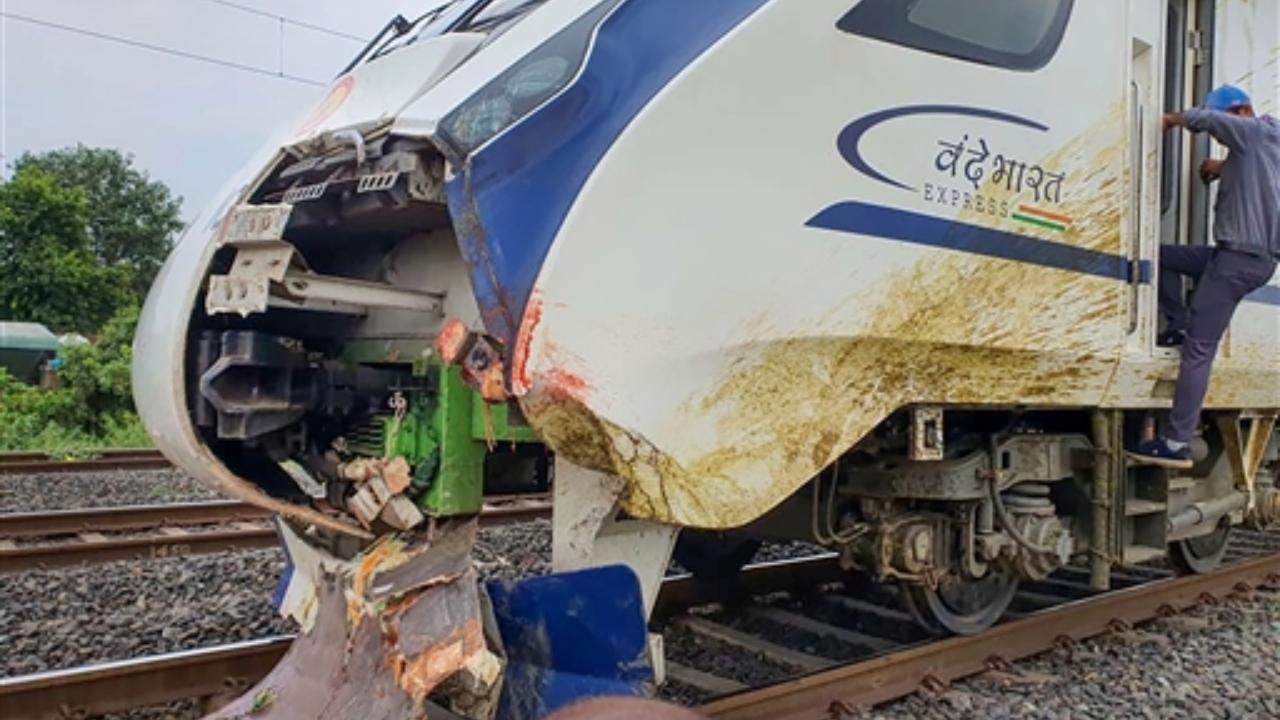 
A strongest nose would break off in such cases and having a cattle guard would spoil the dynamics of an aerodynamic design, says the creator of Vande Bharat Express.

As the iconic Vande Bharat train on Mumbai-Ahmedabad corridor met with a cattle run over damaging the front facade panel of the train, the Western Railway has promised to complete the fencing of track between Mumbai-Ahmedabad and beyond March 2024. The train was fixed overnight within 24 hours after the incident.

On Thursday, the incident happened between Vatva and Maninagar stations in Gujarat at around 11:18 am.

According to the railway officials, the incident happened between 11.18 am to 11.27 am and it damaged the front panel of the train, but there was no damage to the train and there were no injuries. Three to four buffaloes were killed in the incident, the railway added.

"The railways are working on upgrading the Mumbai-Delhi route to 160 kmph. As a part of this, we are upgrading tracks, assets, bridges and even fencing. The target is March 2024," a WR spokesperson said.

Asked how did the panels come off and got damaged so badly, senior officials said a train at high speed and the impact must have led to this.

"Nose with even the strongest material and backing structural frame would get damaged in Cattle Run Over cases at high speed unless you employ some super-strong design which would be prohibitively expensive. Use of a cattle guard like a locomotive would spoil the USP of the aerodynamic profile of the train and its inherent aesthetics. If we have to run these trains at its speed potential, fencing of track is necessary.

Meanwhile, Indian Railway should gear up to replace the nose sections as it gets damaged which is not a large price to pay, Sudhanshu Mani, creator of India's first semi-high speed train set Train-18 Vande Bharat Express and retired general manager of the Indian Railways' biggest coach factory Integral Coach Factory (ICF).

Next Story : Karwa Chauth 2022: Wishes, messages, greetings to share with your loved ones