In an attempt to warn people of the deadly spots, ahead of every accident prone zone, the officials from Vasai and Virar traffic control branch have put up signboards with messages to alert motorists 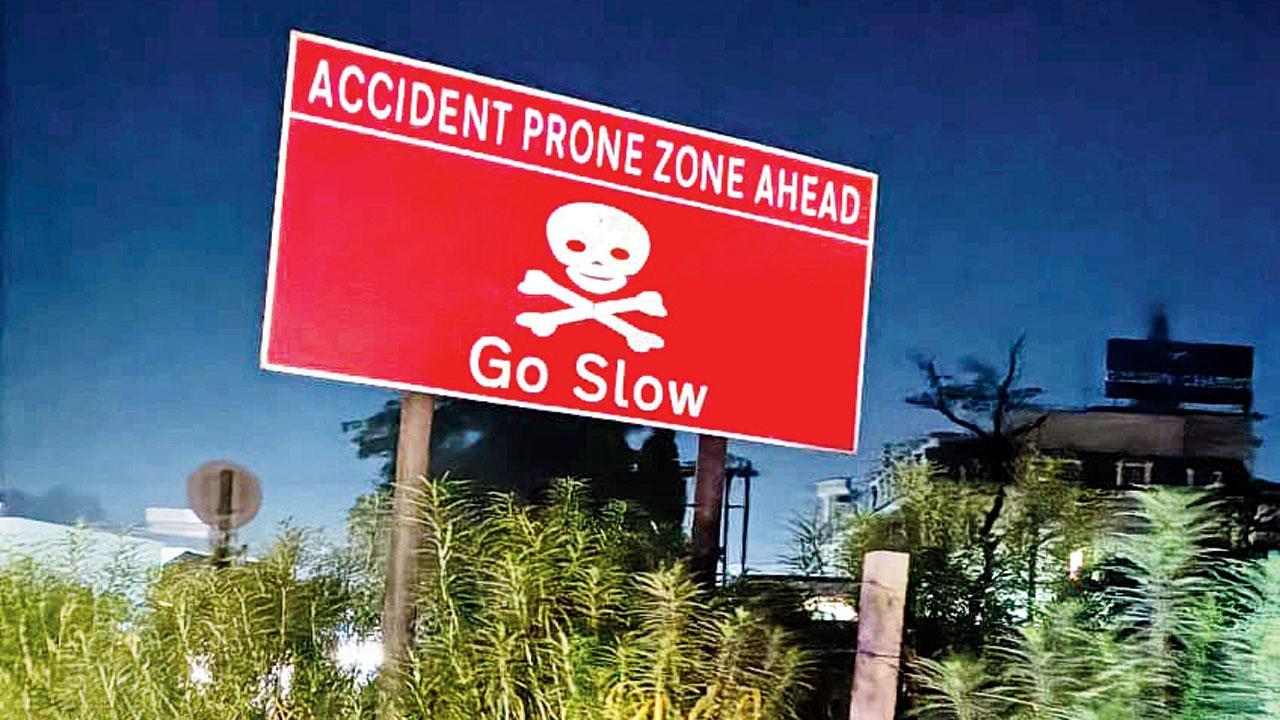 One of the signs that the cops put up. Pics/Hanif Patel


The Vasai and Virar traffic control branch of Mira Bhayandar Vasai Virar (MBVV) police commissionerate has identified 11 black spots on a 43-km stretch between Versova Bridge and Waghoba Khind in Palghar district on the Mumbai-Ahmedabad highway, which have caused fatal road accidents. These accidents have taken place in the past five months.

In an attempt to warn people of the deadly spots, ahead of every accident prone zone, the officials from Vasai and Virar traffic control branch have put up signboards with messages to alert motorists. Officials have also advised motorists to be more attentive, specially during monsoon, when the roads become slippery after the first rain.

Why the cops acted

Senior Inspector of Virar traffic control branch, Dadaram Karande said, “A total of 98 people have died in fatal road accidents in MBVV police commissionerate in the past five months ie January and May this year. Majority of these fatal accidents have taken place on the Mumbai-Ahmedabad Highway, as motorists often speed up after crossing the Versova bridge.” 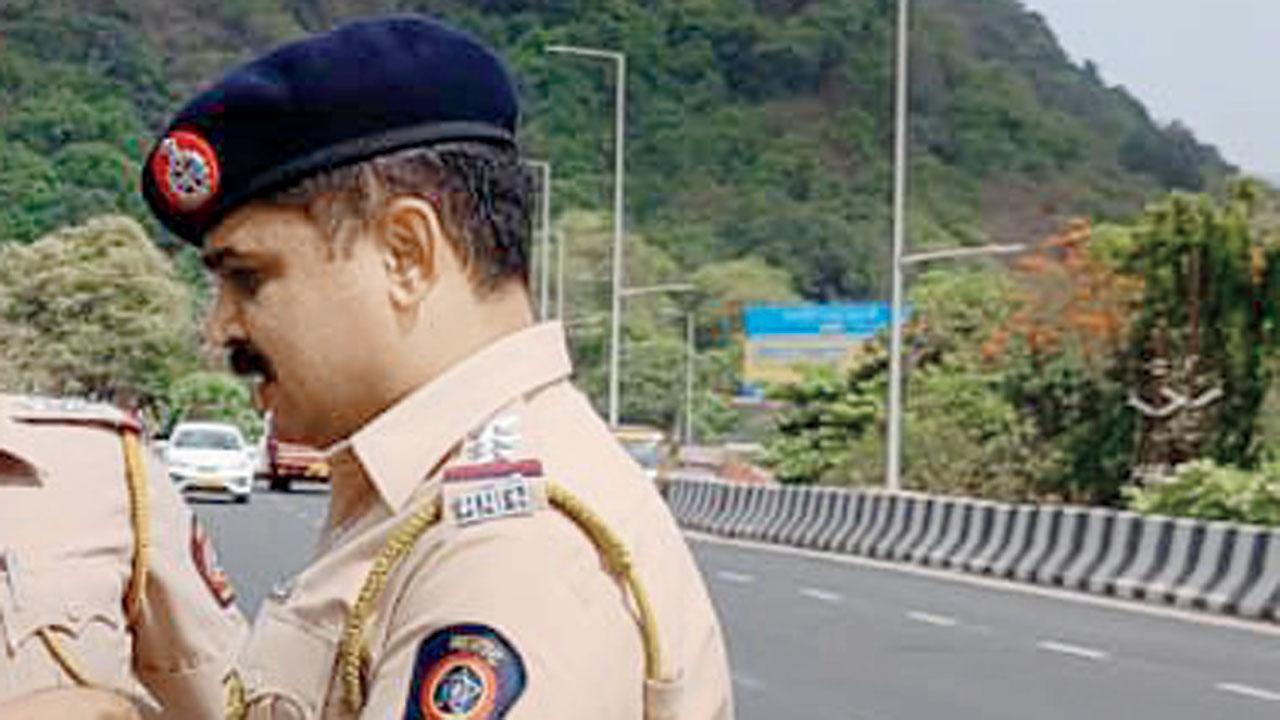 The police have to deal with more cases of fatal road crashes than murders. Official data from MBVV police commissionerate shows that a total of 21 murder cases were registered in the first five months this year while 98 people died alone in different road crashes in the same period. “Though there is a big difference in the number of murder cases and fatal road crashes, people don’t learn a lesson to mend their dangerous driving habits,” said a senior officer attached to MBVV police.

Karande further added, “Most of the deceased are Mumbaikars as the local residents of this stretch are aware of the dangerous curves and other accident prone zones. But motorists coming from Mumbai and Thane are not aware of the 43-km stretch on the highway. They see the roads are clear and often accelerate their vehicles.” After various case studies of fatal accidents, the traffic police have learnt that most of the accidents take place between 6pm and 10pm and 12am and 4 am.

“Motorists are advised to be more attentive while driving on a 43-km stretch from Versova bridge to Waghoba Khind, specially during rainy season. They should not get tempted with the open road as there are multiple dangerous spots where they must be cautious while driving their car or riding motorcycles,” Karande underlined. The officials from Vasai and Virar traffic control branch have put up signboards with messages to alert the motorists. 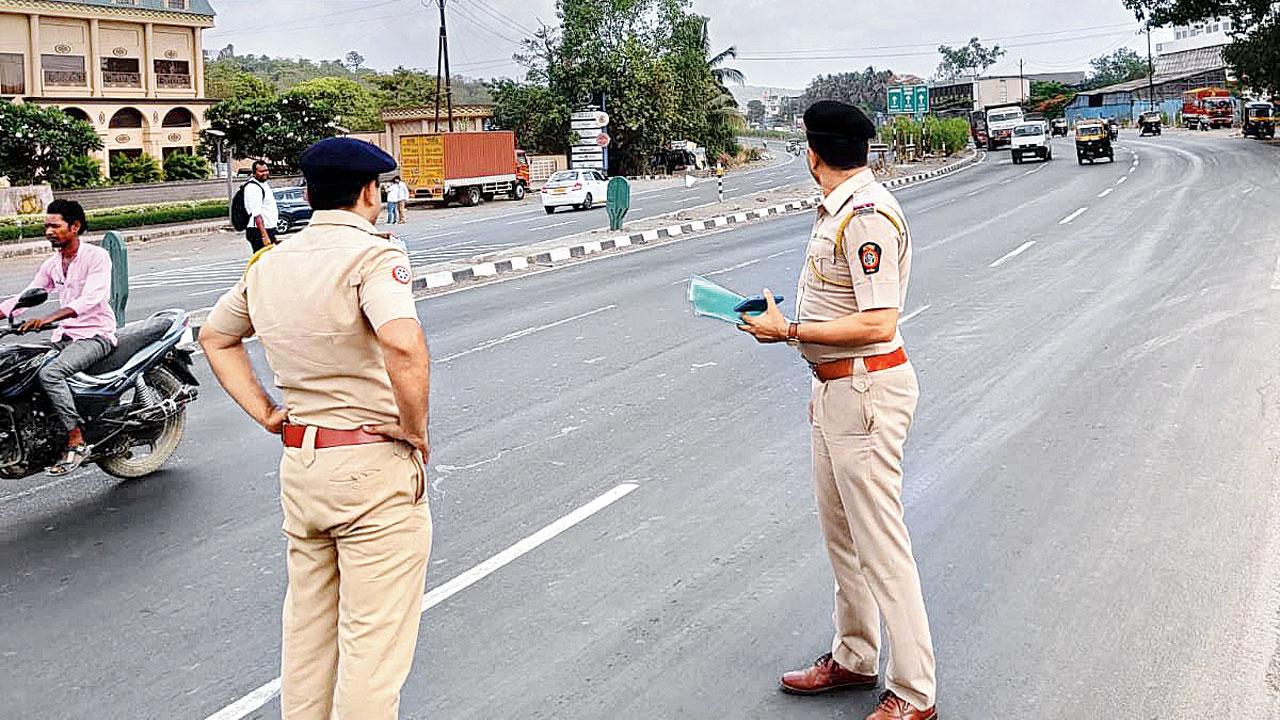 The police say the accidents take place as motorists often speed up their vehicles after crossing the Versova bridge. Pic/Hanif Patel

Karande further added that 10 pedestrians have also died in the past five months while crossing the highway. “There are a number of establishments between Versova bridge and Virar phata, hence, many pedestrians cross the road and are hit by the speeding vehicles on the highway. Pedestrians are requested to cross the roads by using underpasses, and vehicle drivers are requested to drive very carefully,” he added.

Citing another reason for the accidents on the highway, Karande said, “The drivers of heavy vehicles often doze off in the wee hours while driving their trucks or trolleys. We have been keeping a close check on them too and if they are found sleepy, we suggest they take rest for a while instead of endangering people’s lives.”

Next Story : MIDC gets MPCB notice for Thane creek pollution