During these eight weeks, the budget carrier will be subjected to "enhanced surveillance" by the Directorate General of Civil Aviation 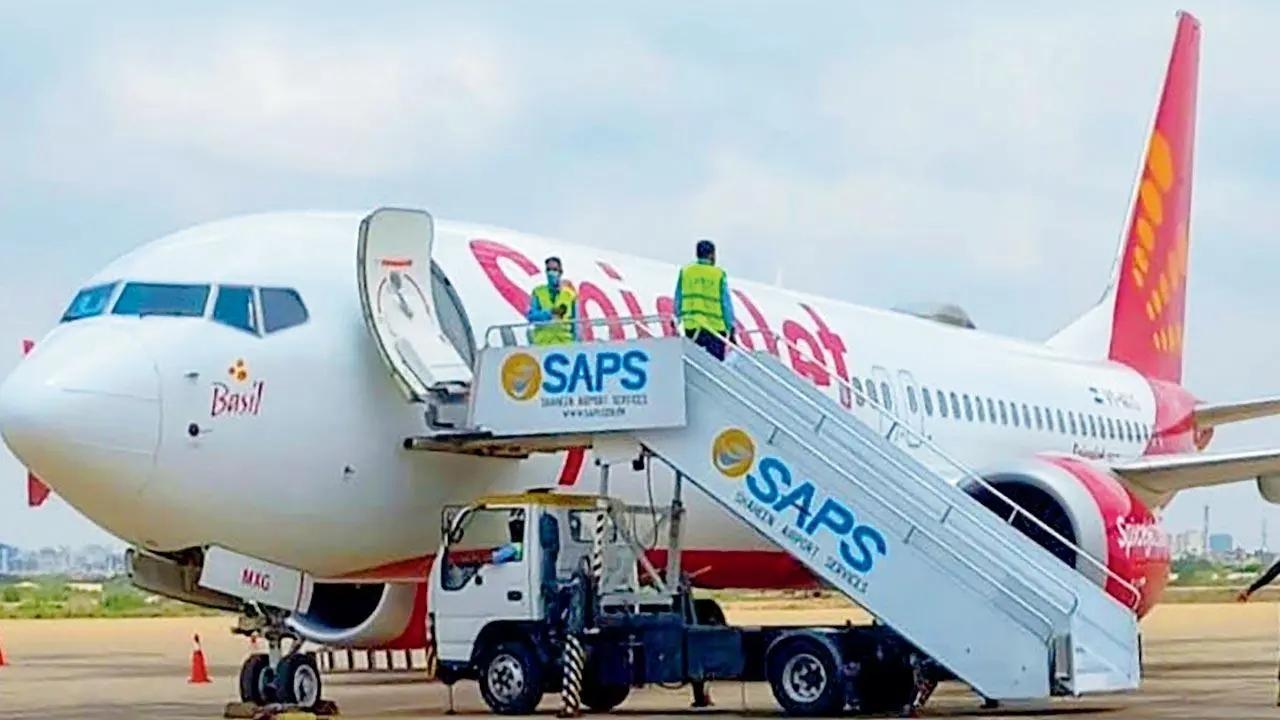 
A SpiceJet aircraft heading to Kandla in Gujarat safely aborted take off on the Mumbai airport's runway on Thursday as the caution alert lit up, the airline said on Thursday.

This is at least the ninth incident of technical malfunction on a SpiceJet aircraft in the last 40 days.

Aviation regulator DGCA had on Wednesday ordered SpiceJet to operate not more than 50 per cent of its flights for eight weeks to ensure "safe and reliable transport service".

During these eight weeks, the budget carrier will be subjected to "enhanced surveillance" by the Directorate General of Civil Aviation (DGCA).

The airline, however, said there has been no flight cancellations because of the regulator's order as it is already operating limited services "due to the current lean travel season".

On Thursday's incident, SpiceJet said, "A SpiceJet Q400 aircraft scheduled to operate from Mumbai to Kandla rejected take off owing to illumination of a caution alert. Crew acted as per the SOP (standard operating procedure)."

"There was no safety scare. The aircraft returned back to bay and all passengers and crew safely deboarded," it mentioned.

On July 5, a SpiceJet freighter aircraft, which was heading to Chongqing in China, returned to Kolkata as the pilots realised after the take-off that its weather radar was not working.

The same day, the airline's Delhi-Dubai flight was diverted to Karachi due to a malfunctioning fuel indicator and its Kandla-Mumbai flight did priority landing in Maharashtra's capital city after cracks developed on its windshield mid-air.

On July 2, a SpiceJet flight heading to Jabalpur returned to Delhi after the crew members observed smoke in the cabin at an altitude of around 5,000 feet.

Fuselage door warnings lit up on two separate SpiceJet planes while taking off on June 24 and June 25, forcing the aircraft to abandon their journeys and return.

On June 19, an engine on the carrier's Delhi-bound aircraft carrying 185 passengers caught fire soon after it took off from the Patna airport and the plane made an emergency landing minutes later. The engine malfunctioned because of a bird hit.

In another incident on June 19, a SpiceJet flight for Jabalpur had to return to Delhi due to cabin pressurisation issues.

Next Story : Kolkata-bound IndiGo flight skids off runway while taxiing for take off in Assam; all 98 passengers safe