All people living in India are Hindus: Mohan Bhagwat

Bhagwat who was addressing RSS workers here before concluding his four-day tour of Bihar, said the mammoth organisation will become redundant if all citizens of the country adopt the spirit of selfless service exhibited by the 'Swayamsevaks' (RSS volunteers) 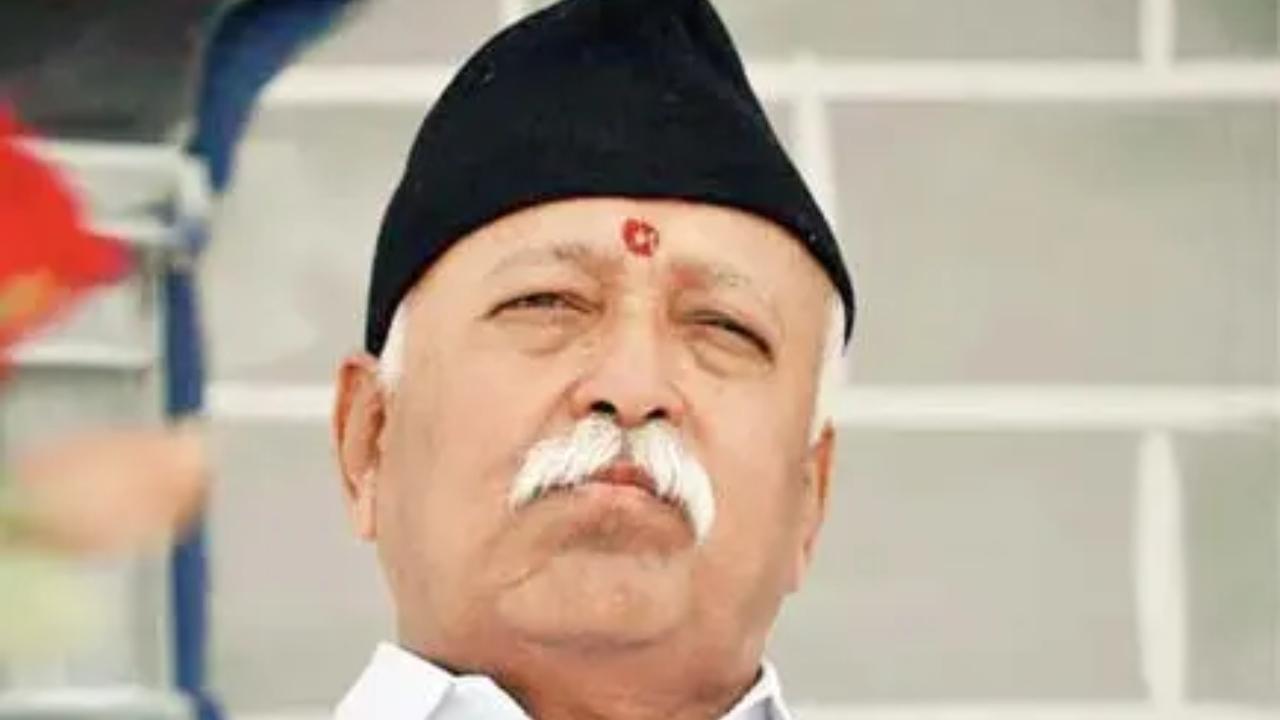 
RSS chief Mohan Bhagwat on Monday asserted that all people living in India were by definition Hindus and diversity had flourished in the country because of the cultural ethos of the land.

Anybody who agrees to sing Sanskrit verses in praise of Bharat Mata and is committed to preservation of the culture of the land is a Hindu, the 'Sarsanghchalak' said.

Bhagwat who was addressing RSS workers here before concluding his four-day tour of Bihar, said the mammoth organisation will become redundant if all citizens of the country adopt the spirit of selfless service exhibited by the 'Swayamsevaks' (RSS volunteers).

"People should understand that because they live in Hindusthan, they all are Hindus. They might by other things as well, but all other identities have been made possible because of Hindu ethos of acceptance¿ Hindutva is the name for the centuries old culture to which all the diverse streams owe their origin," he said.

"Different branches may have stemmed and may seem opposed to each other, but they all trace their beginning to the same source," Bhagwat said.

The septuagenarian RSS chief said values like seeing oneself in others, viewing women as mothers and not objects of lust and not coveting wealth that belongs to others defined the Hindu ethos.

"Hindutva is a binding force. All those who believe themselves to be Hindus are Hindus. So are those whose ancestors happened to be Hindus," said Bhagwat, whose similar remarks in the past had triggered controversy.

RSS's mission is to regain the lost glory of the country, which was the 'Vishwaguru' (world teacher) in the ancient times.

"To build a nation so great requires a conducive social atmosphere, which the Sangh seeks to create. Our volunteers spend just an hour at the shakhas. The remaining 23 hours of the day are spent rendering selfless social service without accepting a paisa of government aid," Bhagwat said.

The swayamsevaks are seen in action whenever there is any calamity, natural or otherwise. "We do not want anything in return, not even adulation," he said.
The RSS, he said, came into being because society at large did not seem to be conscious enough of its responsibilities.

"If all people take to selfless service then there will be no need for people to wear our badge. Every citizen will deemed to be a swayamsevak in his own right," Bhagwat added.