'A heavy force was deployed on the Karnataka border so that we could not go there. This action of the Karnataka CM is not correct, anyone has the right to go anywhere', he stated slamming the Chief Minister of Karnataka Basavaraj Bommai 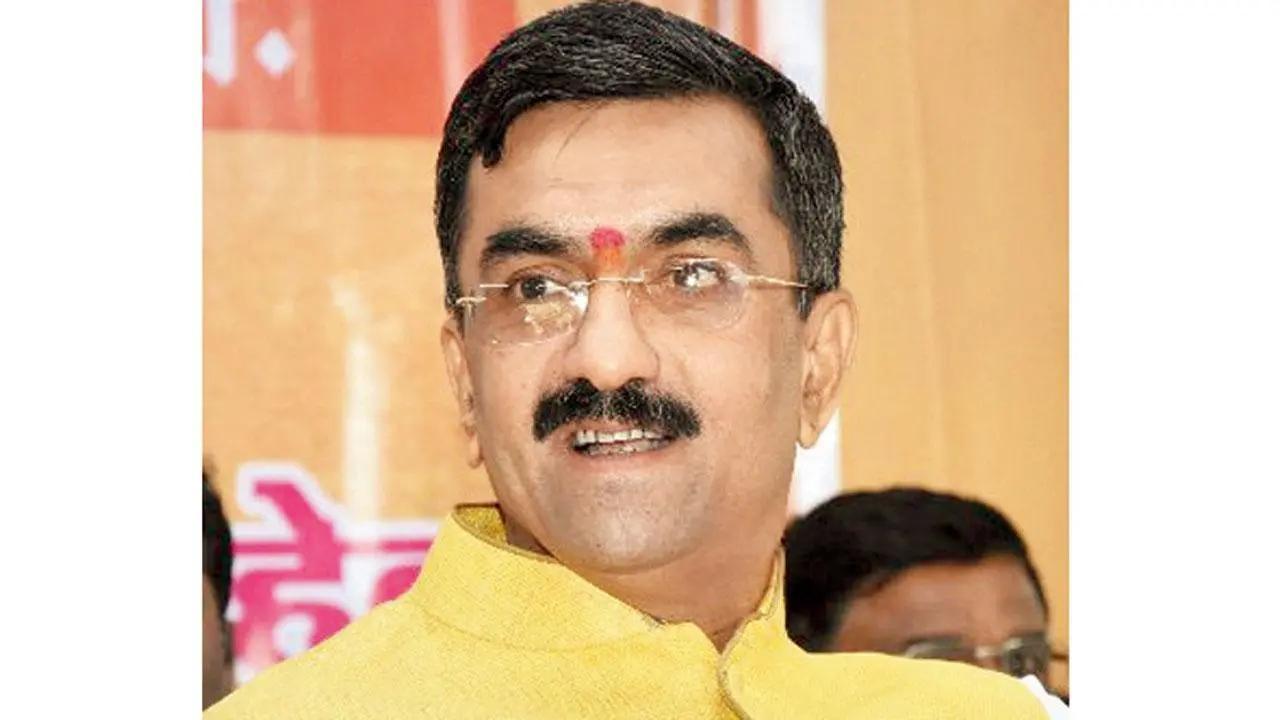 
Maharashtra Minister Shambhuraj Desai on Tuesday issued a statement regarding his visit to the Maharashtra-Karnataka border and stated that his visit has been postponed and not cancelled.

Addressing the media on the occasion of Dr Ambedkar's Mahaparinirvan Diwas, he stated, "Today we were to visit the border area in Belagavi, about this, we had informed the Karnataka government. The program was organized to discuss the border issue with the people so that a peaceful solution could be found in this matter."

"A heavy force was deployed on the Karnataka border so that we could not go there. This action of the Karnataka CM is not correct, anyone has the right to go anywhere", he stated slamming the Chief Minister of Karnataka Basavaraj Bommai.

He further alleged, "The Karnataka government says that law enforcement will be affected if we go there."

The minister further said, "We thought that there should not be any kind of tension on the occasion of Mahaparinirvan Diwas of Baba Saheb, so we did not go today", and added, "this program is not over, so we will do this tour later".

Meanwhile, Speaking to ANI, Maharashtra Ekikaran Samithi (MES) leader Sarita Patil said, "The Maharashtra Ministers who were to come in Belgavi, now their programme is cancelled due to Mahaparinirvan Diwas as we got to know from Maharashtra Deputy Chief Minister Devendra Fadnavis's statement."

Maharashtra has appointed Chandrakant Patil and Shambhuraj Desai as the coordinating ministers for the state's border row with Karnataka. The two states have been entangled in a row for decades over the demarcation of boundaries between them.

"Their visit is cancelled now but we hope that they will visit on some other day. I also request them to visit by this year. On December 19, there is Adhiveshan (session) in Belgavi and I request them on behalf of Maharashtra Ekikaran Samithi to visit here," she added.

After the Karnataka-Maharashtra border dispute escalated, many untoward incidents took place in Belagavi.

Yesterday, Karnataka CM Bommai appealed to Maharashtra Chief Minister Eknath Shinde to fight the border dispute issue legally as it is in court now. Bommai also raised concerns over the visit of the two ministers to Belagavi.

Meanwhile, in Belagavi's Chikkodi as a precautionary measure, police presence has been tightened along the border.

Senior officials such as the Superintendent of Police (SP) Additional SP, DSPs, Police Inspectors, Sub-inspectors and 450 police personnel have been deployed.

All inner roads of Nippani and Chikkodi taluk are blocked. Police are checking every vehicle entering the border.

Belagavi is currently part of Karnataka but is claimed by Maharashtra. As per media reports, the long-running Karnataka-Maharashtra border dispute started back in 1953, after the Maharashtra government objected to the inclusion of 865 villages including Belagavi.

The villages are spread across Belagavi and the north-western and north-eastern regions of Karnataka - all bordering Maharashtra.

After the implementation of the State Reorganization Act, of 1956, the Maharashtra government demanded the readjustment of its border with Karnataka. Following this, a four-member committee was formed by both states.

Maharashtra government had expressed willingness to transfer Kannada-speaking 260 villages predominantly, but it was turned down by Karnataka.

Now, both Karnataka and Maharashtra governments have approached the Supreme Court to expedite the matter, and the matter is still pending.