Nats and her ‘bae’

'I queried my 18-year-old neighbour' 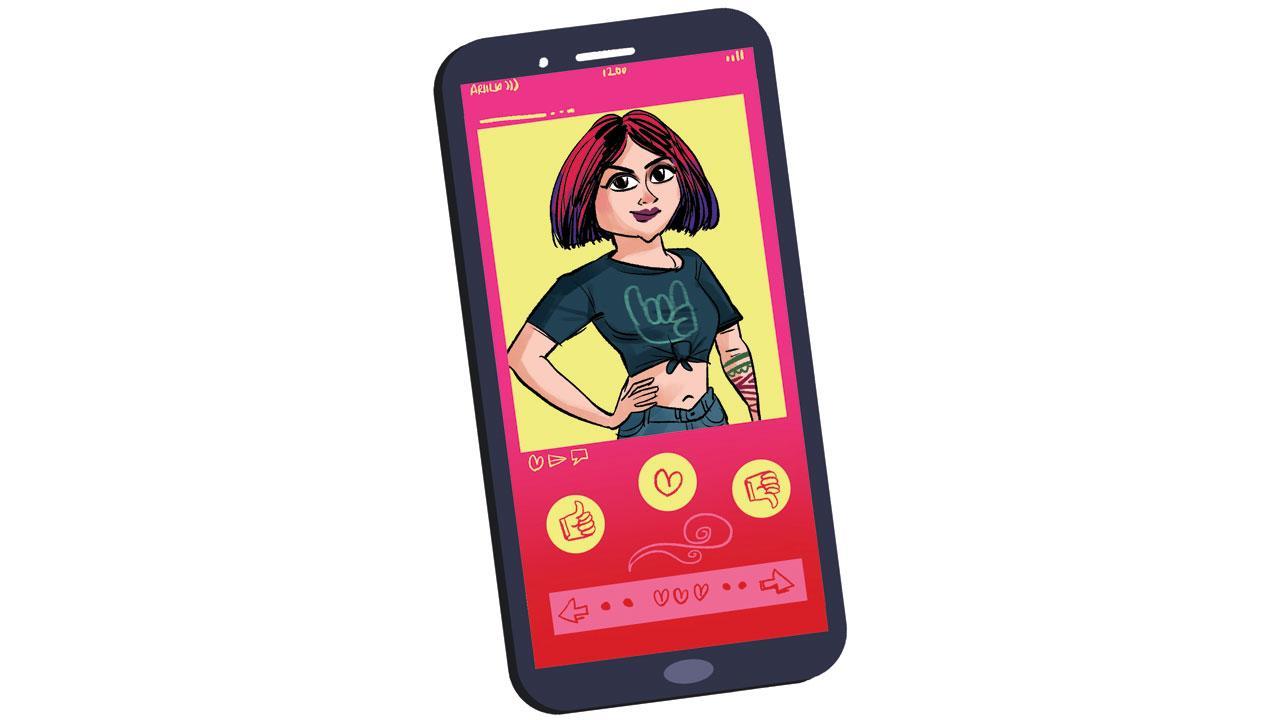 It was 5 am, Jan 1, muffled sounds emanated from Natasha aka Nats’ flat.

“Morning Natasha, are you coming in or heading out?”

I queried my 18-year-old neighbour.

“Neither... I’m being ‘Nocturnal Neighbour’ who got rudely woken up!”

“Liar, you are, ‘Protective Substitute Papa’, waiting for my key to turn in the lock so you know I’m safe. You can chill now, dude... I have Armaan.”

“You have a ‘significant other’?”

“No, no I’m not surprised... you are quite attractive in an Amy Winehouse kind of way.”

“Thanks for the vote of confidence, Bruh”

“Natasha, I know everyone who comes in and out of your home... when did you slip a boyfriend in without my noticing?”

“So your ‘bae’ dropped you home and left, I’m guessing?”

“Dude... do I see judgement masquerading as shock  swirling around in your head?  Uncle ji?”

“So where did you meet your ‘bae’, this Armaan?”

No laughter was forthcoming.

“Yeah ‘Bumble’, it’s a cool app, you know what sets it apart from all the Tinders of the world, Rahul bruh?”

“The power is in the hands of us women, it’s a feminist dating app!”

“Women get to make the first move after two people mutually connect—then they become a part of each other’s hive.

“So you and Armaan are now a part of each other’s hive... I can imagine you two buzzing around.”

“Nats, kiddo, at your age, why do you need a dating app... can’t you just meet boys at the zillions of parties you go to, why resort to technology”

“Saves time, dude. The people I meet in college or at parties are so ‘meh’... so ‘blah’. On dating apps, you cut to the chase, you specify what you want, the type you like and just dive in... no nonsense chit-chat (pause, her eyes widened).

“You know bruh... come to think of it, why don’t you get onto a dating app... I could set it up... you could meet some really hot older women.”

“Bruh... ‘Hinge’ is straight up your alley... you could have interesting conversations... work your way into a relationship?”

“It’s a dating app that sends you options at noon...”

“Got it. So what does young Armaan do?”

“You wanna know when we’re gonna get engaged, when I’m gonna meet his mom, Rahulji?”

“Shut up, I’m not that old fashioned!”

“They’re moving the marriage age up from 18 to 21!” Nats concluded, her eyes twinkling.

Next Story : The art of the matter