Kishan,who has been one of India's consistent performers in the ongoing T20I home series against South Africa, aggregating 164 runs in three matches including two half-centuries, has made a massive jump to enter the top 10 among T20 batters 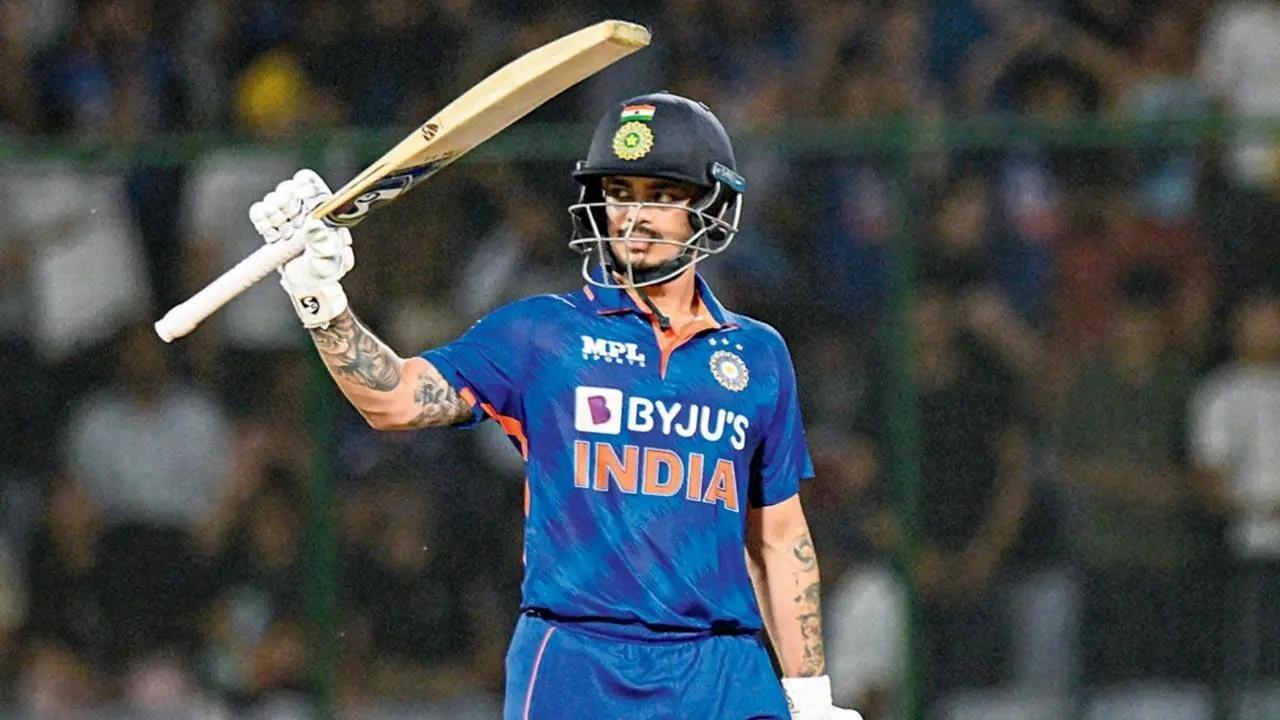 Ishan Kishan celebrates his 50 against SA on Thursday. Pic/PTI


India opener Ishan Kishan climbed up 68 places to grab the seventh spot among batters, while the bowling duo of Bhuvneshwar Kumar and Yuzvendra Chahal also made gains in the latest ICC T20 rankings released on Wednesday.

Kishan,who has been one of India's consistent performers in the ongoing T20I home series against South Africa, aggregating 164 runs in three matches including two half-centuries, has made a massive jump to enter the top 10 among T20 batters.

The 23-year-old is the lone Indian batter in the top 10 with KL Rahul occupying the 14 spot.

Skipper Rohit Sharma and Shreyas Iyer have dropped a place each to 16th and 17th spots respectively, while Virat Kohli has slid two places to 21st.

Among bowlers, Bhuvneshwar is up seven places to 11th while leg-spinner Chahal has climbed up four places to 26th.

Australia's Josh Hazlewood has regained his number one spot among T20 bowlers, while Maheesh Theekshana of Sri Lanka is up 16 places to eighth in the list.

In the Test rankings, pace spearhead Jasprit Bumrah has moved a spot to third, behind compatriot Ravichandran Ashwin, who remains static on number two.

Ravindra Jadeja and Ashwin, however, continue to occupy the top two spots in the all rounders' list.

Rohit and Kohli retained their seventh and 10 spots respectively among batters while England's Joe Root is back at the top after smashing a second successive century in the ongoing ICC World Test Championship series against New Zealand.

Root, who had reached within striking distance of Marnus Labuschagne after the first Test, has wrested back the top spot from the Australia batter, whom he now leads by five rating points.

Root is on 897 points after his knock of 176 in the first innings of the Nottingham Test, 20 less than his highest of 917 points.

Root first grabbed the number one position in August 2015 and was last at the top in December 2021 before Labuschagne leapfrogged him. He has been No.1 in Tests for 163 days so far.

Steve Smith (1,506 days), Kohli (469 days) and Kane Williamson (245 days) are the others to have had substantial vigils at the top in recent years.
Root's compatriots, player-of-the-match Jonny Bairstow and captain Ben Stokes have also had major gains.

Bairstow's 92-ball 136 that led England's last day chase for an eventual five-wicket win, has moved up 13 places to 39th position while Stokes' 75 not out has taken him from 27th to 22nd position.

Ollie Pope (up 22 places to 53rd) and Alex Lees (up 26 places to 86th) have also moved up the rankings for batters while seam bowler Matthew Potts has advanced 18 places to 59th after picking up three wickets in the match.

For New Zealand, Daryl Mitchell's scores of 190 and 62 not out have lifted him 33 places to a career-best 17th position while Tom Blundell's first innings century has helped him move up four places to 31st position.

Devon Conway's innings of 46 and 52 saw him inch up one slot to 23rd. Fast bowler Trent Boult is up four places to ninth.

Next Story : Ranji Trophy: Hardik Tamore compiles classy hundred to put Mumbai in the driving seat vs UP