Premier League 2022/23 preview: Will anyone be able to stop Manchester City?

City returns for the new Premier League season, which starts on Friday, as the reigning champion, the team to beat once again and having been reinforced by the signing of one of the world's best players, Erling Haaland 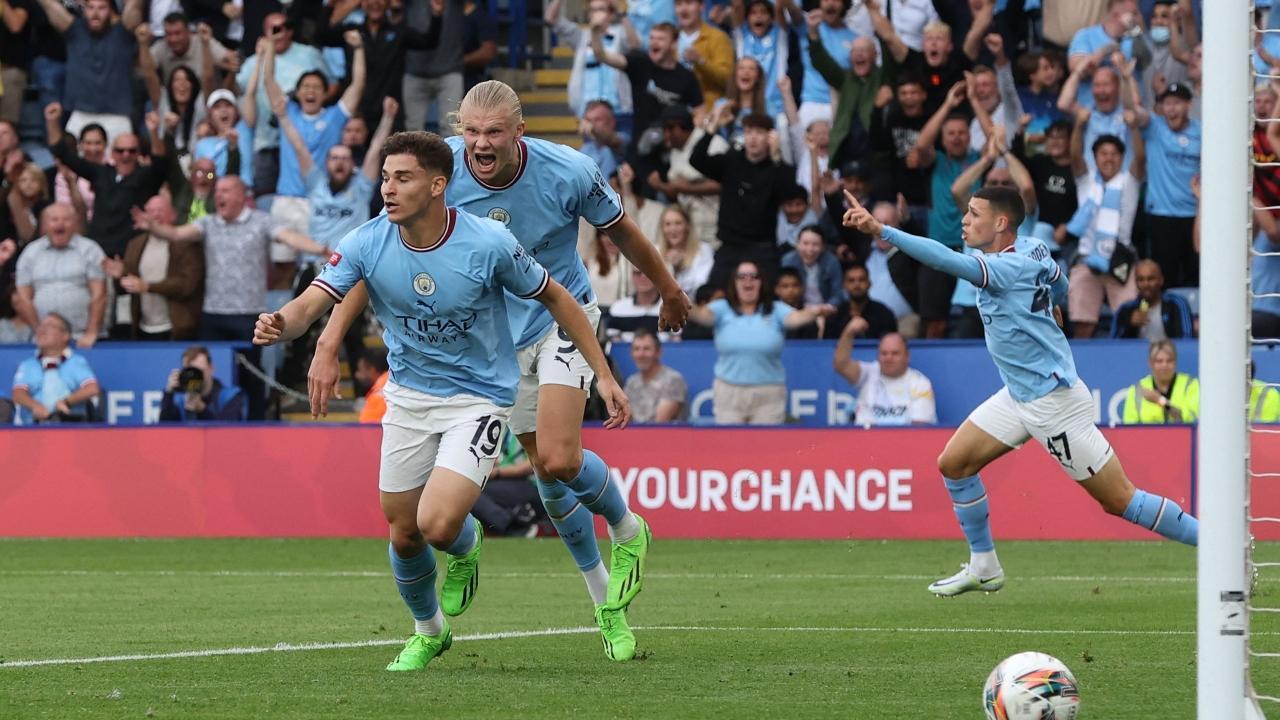 
Let's get the bad news out of the way for Manchester City: As it stands, this will be the seventh and final season of Pep Guardiola's trophy-filled time at the club.

Seeing the back of a coach who has taken English soccer to new levels of excellency in his longer-than-expected time at City will be a relief to the rest of the Premier League.

Now for all the good news.

City returns for the new Premier League season, which starts on Friday, as the reigning champion, the team to beat once again and having been reinforced by the signing of one of the world's best players.

Erling Haaland, a 22-year-old Norway striker who was prolific in Germany with Borussia Dortmund and also has broken a number of Champions League scoring records, is the marquee acquisition of a wild offseason of transfer dealings in the Premier League. Big, strong, fast and a fantastic finisher, Haaland is regarded as a generational talent and beefs up a department of the squad City was most short in, don't forget, City won the league last season essentially without playing a recognized striker.

With City also expected to bring in a left back, Guardiola has an enviable squad at his disposal to launch a bid for his fifth league title in seven seasons at Etihad Stadium, even if the offseason departures of Raheem Sterling, Gabriel Jesus and Oleksandr Zinchenko do deprive the team of some seasoned and high-quality backups.

Is it asking too much for another 100-point season?

City is already enjoying one of the most dominant periods of success in English soccer history, along with Aston Villa in the 1890s, Arsenal in the 1930s, Liverpool in the 1970s and '80s, and Manchester United in the 1990s and early 2000s.

Fueled by the riches of its owners in Abu Dhabi, it doesn't look like ending soon, either, especially while Guardiola is still around.

"It's my seventh year here, I didn't expect that when we arrived," he said.

"This club, for the future, the standards are there. All of us, we have to fight to maintain that."

Not that the rest of the Premier League has given up the chase.

This offseason, one without the disruption of any major men's international tournament, has been one of the busiest and biggest-spending for some time, with about $1.2 billion believed to have been splashed out on player incomings in the Premier League.

Spending, it seems, has returned to pre-pandemic levels and every major club has made signature moves, with the majority strengthening their attacks.

Arsenal has spent the most, about $130 million, while Leicester hasn't spent a thing, not even making a single signing.

Only Liverpool has been able to live with City and is the best-placed of any club to do so again, even if the departure of Sadio Mane robs manager Jurgen Klopp of a crucial component of the Reds' success in recent years.

Much could depend on how Nunez, Mane's replacement, settles. His four-goal burst against Leipzig in preseason, plus another goal in the Community Shield win over City on Saturday, suggests he could hit the ground running.

Chelsea appears to be in a state of flux at the start of the post-Roman Abramovich era, with the new ownership, big-name departures in Romelu Lukaku and Antonio Rudiger, and with manager Thomas Tuchel being unhappy with his squad's preseason mentality, so it's a chance for Arsenal and Antonio Conte's Tottenham to close the gap on their London rival.

Arsenal, in particular, has had some excellent preseason results, like beating Chelsea 4-0 and Sevilla 6-0.

Who knows how Manchester United, the record 20-time English champion, will fare with its latest manager, Erik ten Hag, new to English soccer and Cristiano Ronaldo heading into the season looking to leave. Amid questions about his future, Ronaldo played 45 minutes in the 1-1 draw against Rayo Vallecano in a friendly at Old Trafford on Sunday.

How about Newcastle or Aston Villa breaking into the elite? Newcastle is flush with cash from Saudi Arabia and building methodically, if less spectacularly as some might have expected of a club with the world's richest owners.

Villa is in its first full season under Steven Gerrard, an England playing great who has had an impressive start to life as a manager, and appears to have bought well this offseason, especially highly rated French midfielder Boubacar Kamara.

In each of the last two seasons, two of the three promoted clubs have been immediately relegated. This year, they are Fulham, Bournemouth and Nottingham Forest, a historically big name in English soccer which is back in the top division for the first time since 1999.

It might be even harder for the promoted clubs to preserve their places in the lucrative Premier League as they go about building squads capable of lasting the course of the season.

That's because teams have the ability to make five substitutions per game from this season, with England belatedly falling into line with the rest of Europe.

Expect that to favor the big clubs with deep squads, like City and Liverpool. As if they needed any more help.