When Verstappen won at Zandvoort last year, he wrestled back the title lead from Lewis Hamilton in a ferocious contest that went to the wire. This year it's very much Verstappen's title to throw away 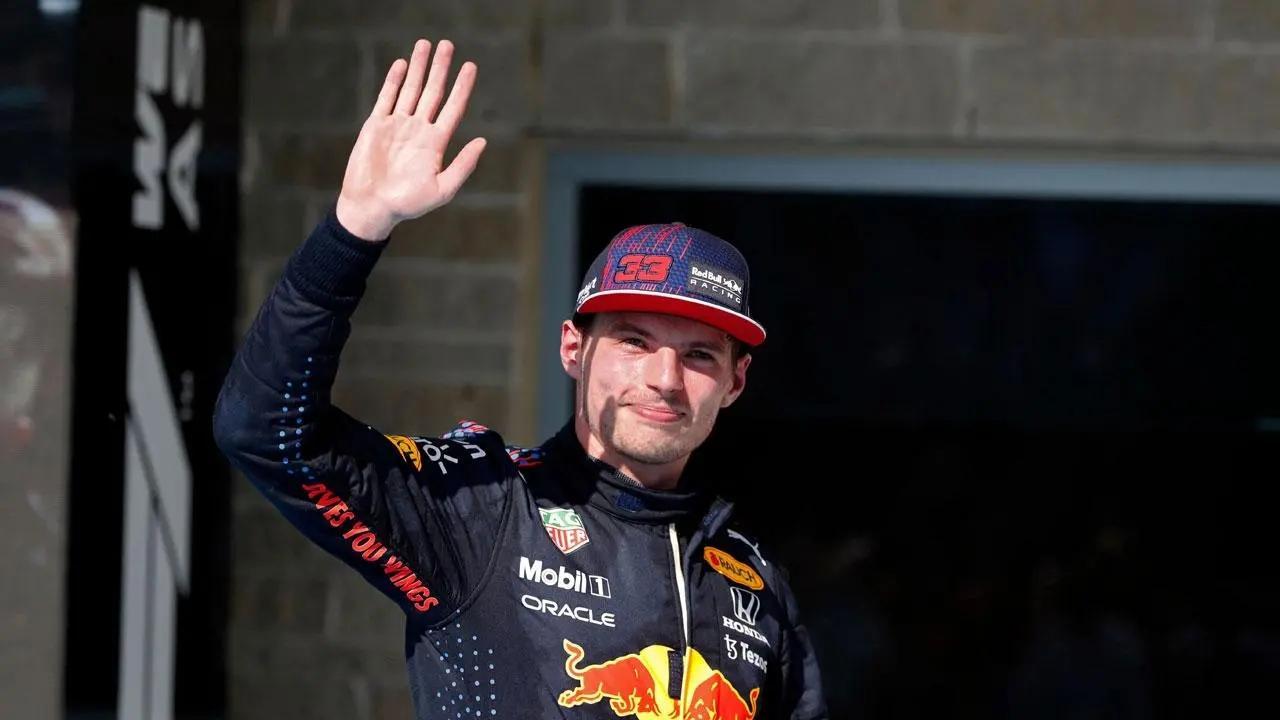 
Formula One leader Max Verstappen returns home to his Orange Army of fans at the Dutch Grand Prix this weekend, with another world title approaching ominously and a different award already in hand.

The 24-year-old Dutchman was surprised to be appointed an officer in the Order of Orange-Nassau — a highly-ranked merit from the Dutch royal family.

"It was something really special, also for the whole family, a really nice moment," Verstappen said Thursday.

"You don't expect things like this to ever happen to you."

Less surprising will be a second straight win at the Zandvoort track on the outskirts of Amsterdam.

When he won last year, his fans included Dutch King Willem-Alexander. Now those mere mortals will all greet him as a world champion.

"I mean, it was already incredible last year," Verstappen said.

"Amazing atmosphere, there will be a lot of orange around, so looking forward to the weekend."

Even at 330 kilometers per hour (205 mph) with a race helmet on, Verstappen still takes in the Orange horde.

"You see the people in front of you, they are having a bit of a party going on," he said.

"When you drive out as well they are cheering for you, and I'm just going to try and enjoy it."

Verstappen's army likes letting off flares, though, and thick orange smoke billowing across tracks has been a concern.

"Maybe too many flares at times. It was getting kind of smelly in the car," Haas driver Mick Schumacher said. "And visibility was getting low."

When Verstappen won at Zandvoort last year, he wrestled back the title lead from Lewis Hamilton in a ferocious contest that went to the wire. This year it's very much Verstappen's title to throw away.

He leads Red Bull teammate Sergio Perez by 93 points and Ferrari's increasingly dispirited Charles Leclerc by 98. Hamilton hasn't even won a race and is 138 points behind Verstappen in sixth spot.

Another win would move Verstappen onto 10 victories this season and equal his total last year.

Verstappen's supremacy is such that, in the past two races, he's won from 10th place in Hungaryand 14th in Belgium with arguably the most assured drive of his career.
He thinks Zandvoort may be less suited to Red Bull car than Spa and so competition could be closer.

“Spa was amazing for us and I think also better than expected. Here you run a lot of down force on the car as well, completely different track layout, less straight-line speed,” he said.

They share nine world titles and 135 wins, but Hamilton and Fernando Alonso still needed to make up after last weekend's Belgian GP incident.

When overtaking Alonso on Lap 1, Hamilton clipped the side of Alonso's Alpine, which sent Hamilton's Mercedes airborne. Alonso felt Hamilton had not left him enough room and ranted.

“What an idiot closing the door from the outside,” Alonso said. “This guy only knows how to drive and start in first.”

Hamilton accepted blame and said he would have spoken to Alonso about it, until he heard about Alonso's radio blast.

“I know that's how things feel in the heat of the moment, but it's nice to know how he feels about me," seven-time champion Hamilton said.

So the two-time F1 champion Alonso apologized to Hamilton at the Dutch GP, and Hamilton's Mercedes team posted a photo of them together on Twitter, with both smiling and Alonso holding a Mercedes cap.

“I have absolutely no problems with him and I have huge respect for him. I apologize," Alonso said. "The heat of the moment, the adrenaline, fighting finally for the top two, top three, made me say comments that I should not say.”

Still, the 41-year-old Alonso thinks the incident with Hamilton was hyped up.

“He's a champion, he's a legend of our time. And then when you say something – and I'm sorry to repeat this – against a British driver, there is a huge media involvement,” Alonso said.

Alonso joked he will now be "very quiet on the radio."

Ferrari has made many debatable strategy calls this season, and while Sainz accepts the team's mistakes he claims observers have been too harsh.

“There have been a lot of times during the year where we've done the right calls and no one has come to us to say, Oh, you did the right call' or congratulate us," he said.
“But on the other hand, when there's been two or three, let's say call them bad calls with hindsight, there's been massive criticism.”

Ferrari made another bizarre decision in Spa by calling in Charles Leclerc for new tires with one lap remaining — a futile bid for the fastest lap point that backfired.

Leclerc has seen nailed-on wins disappear at the Monaco GP and the British GP, where team calls dropped him down from a dominant position into fourth place and Sainz won at Silverstone.

At the Hungarian GP before the midseason break, another confusing tire strategy call cost Leclerc when he was in a dominant position and he finished sixth.
Sainz feels the spotlight on Ferrari magnifies mistakes.

“When I was in McLaren, or in Toro Rosso or in Renault, when there was a big mistake on strategy no one would come and point it out and criticize you as much as they do in Ferrari,” he said.

“This is a fact that I think everyone can agree with . . . in Ferrari, everything seems bigger. The victory is bigger, the mistake is bigger.”
And the pressure.

Ferrari has not won the drivers' title since Kimi Raikkonen in 2007 or the constructors' crown since 2008.