More power to the loom

Inspired by Kanchipuram’s famed textiles, a game enthusiast from Zurich is launching a boardgame that challenges you to create distinct designs. We rolled the dice and here’s how it went 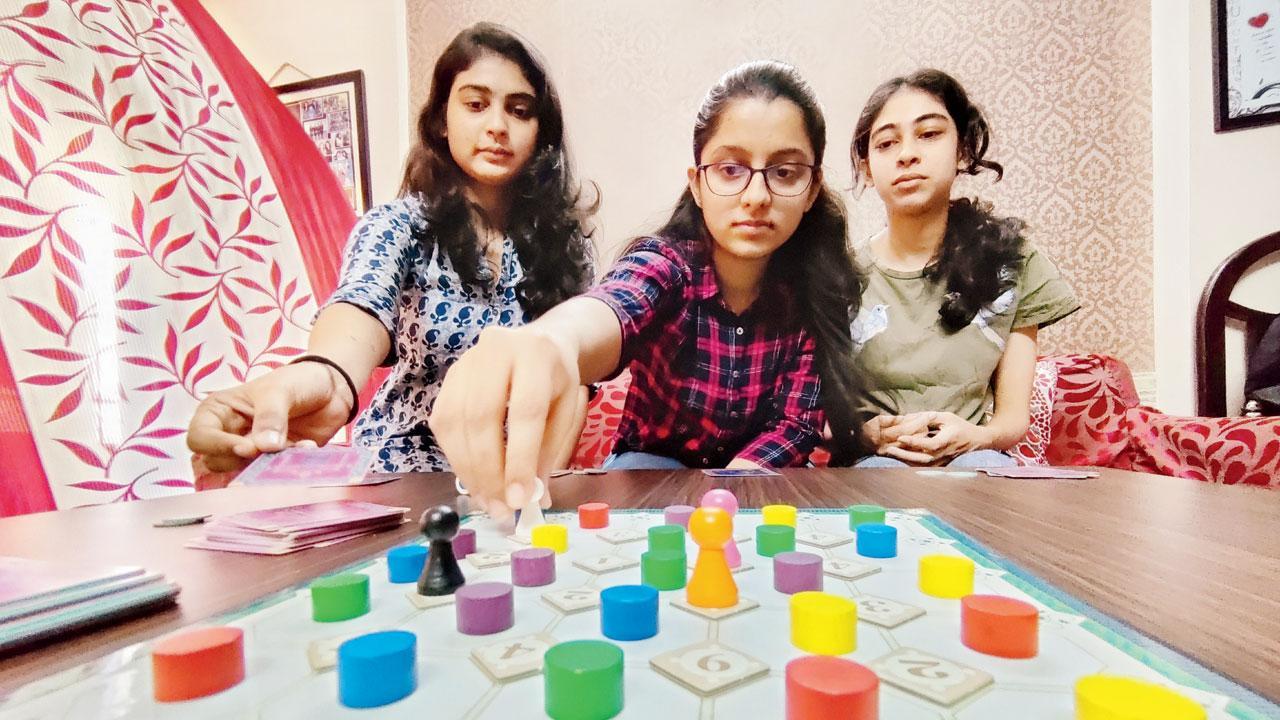 The task for players of Ettana - The Looms of Kanchi is to replicate the pattern seen on the card onto the board using economical moves and sound strategy. Pics/Sameer Markande


The handloom industry, which continues to thrive in Kanchipuram despite the odds, has become an integral part of India’s cultural ethos. Its most famous product may be the resplendent Kanjivaram saree (think Rekha at Filmfare) but Tamil Nadu’s loom city makes other silk fabrics too, often defined by designs that are so unique, they are tough to replicate. Back in the day, textiles from Kanchipuram were exchanged for goods.

Madhu Sundar, 30, a Zurich-based boardgame enthusiast, spent a lot of time in India’s southern states and, in the process, developed a lifelong passion for textiles. Her love for the distinct colours and patterns seen on Indian weaves resulted in the creation of Mad4Fun games. Her first game from the stable is Ettana - The Looms of Kanchi. Set to launch next month, its role, says Sundar, is to raise awareness about the city’s vibrant weaving community and its rich but rapidly fading craft of silk handlooms. Darshini Sundar, a designer with 10 years of experience in textiles, was roped in to make the board look like a piece of art. All the illustrations, ranging from what’s on the board to the action cards are inspired by the handlooms, temple sculptures and Bharatnatyam mudras, all icons of Kanchipuram. The box itself is bathed in peacock hues to make it universally appealing.

The game offers you a feel of what it’s like to work a loom, and think quickly and strategically about how you can sell your designs. The game includes a board, five coloured tokens, 50 tokens of value, a dice with numbers and a dice with colours, 36 action cards of 12 different types, and 36 design cards. Designed for two to four players, it takes between 30 and 45 minutes to complete. The goal is to replicate the pattern logic on the board using economical moves and solid strategy. With each completed pattern, the player earns annas. Some patterns are more difficult than others, earning the player more points. The first player to get eight victory points is the winner.

While design cards are used to replicate patterns, action cards direct you to perform a specific task. The illustrations on them depict various hand gestures or mudras which are the mainstay of Tamil Nadu’s classical dance form Bharatnatyam.

Initially, the game seemed complex to this writer, but the step-by-step guide and reference pictures in the rulebook, made it easier to understand. The unusual concept and traditional illustrations make Ettana an intriguing game for those curious about Indian culture. And if you know someone who loves her silk sarees, this game will make a unique gift.