Apparently, Ranbir Kapoor is worthy too! 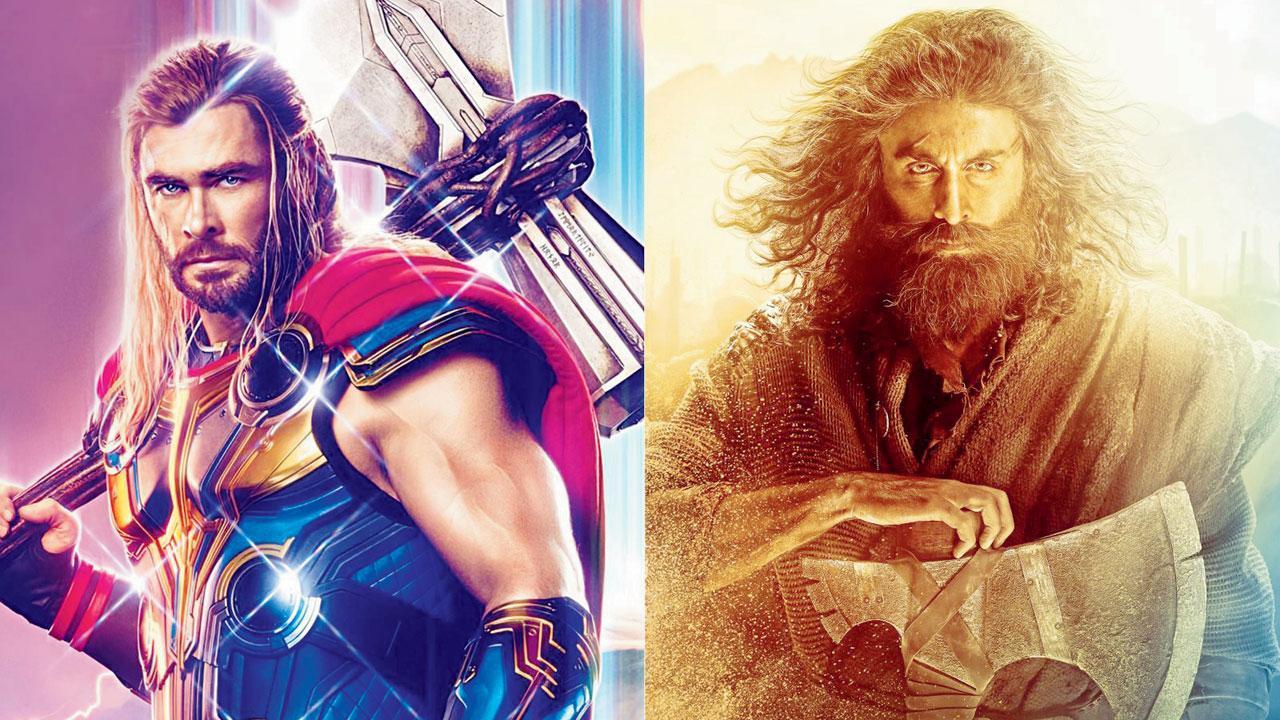 
The makers of Shamshera couldn’t have found a more opportune moment to cash in on the popularity of the revered Marvel Cinematic Universe character, Thor. With the latest edition of the Chris Hemsworth-fronted film releasing on July 7, the team behind the Ranbir Kapoor starrer is set to attach the trailer of their film with Thor: Love and Thunder.

Rohan Malhotra, vice president, distribution YRF, says, “Both Shamshera and Thor: Love and Thunder feature axe-wielding heroes. So, for us, it was a no-brainer to devise a strategy where the trailer of Shamshera plays out during [the airing of] Thor. [We are] collaborating with exhibitors across India to facilitate this. We hope there will be conversations among people as they see the new cinematic world of Shamshera.”

Also Read: ‘It was not designed to be a casting coup’

Shamshera sees Kapoor pitted against Sanjay Dutt. Set in the fictitious city of Kaza, where a warrior tribe is imprisoned, enslaved and tortured by a ruthless authoritarian general, the film follows a slave who becomes a leader, and then a legend for his tribe.