What gets lost is what attracts you to the film in the first place — a subservient girl who hides her wily self beneath her docile exterior, wreaking havoc and bringing down the drug-trafficking bosses trying to play her 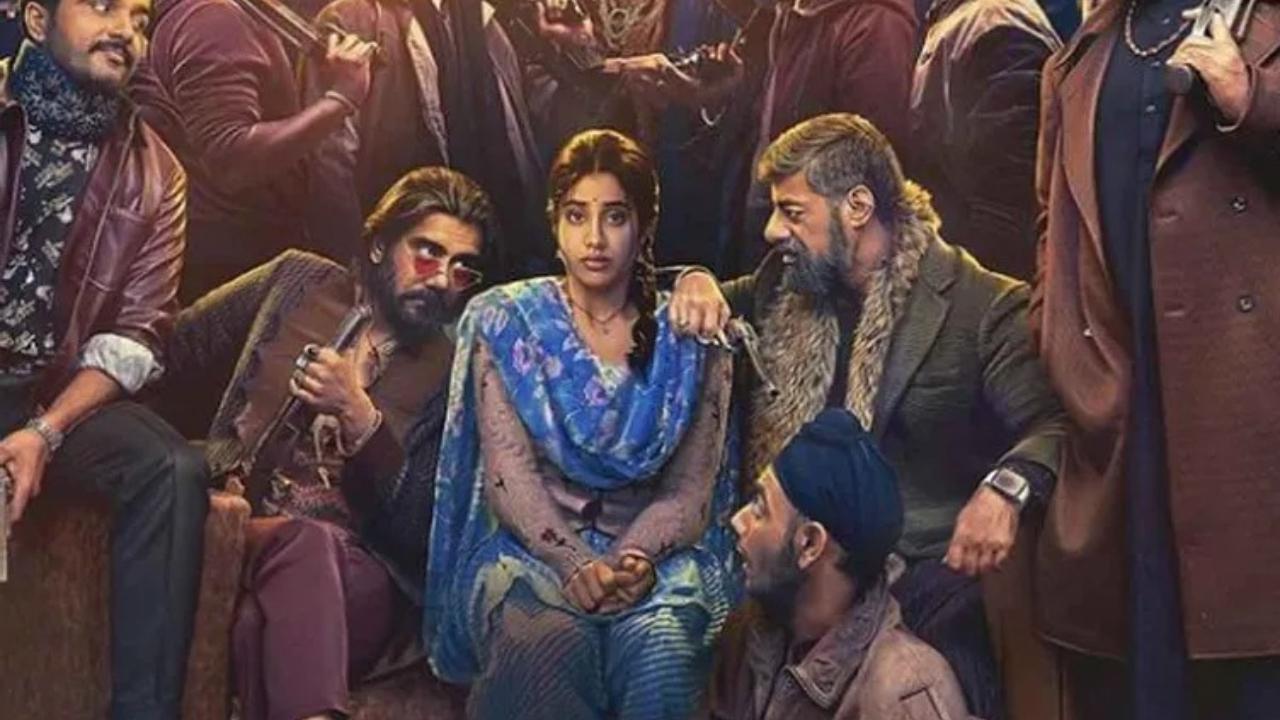 I actually quite enjoyed Good Luck Jerry. I am told that’s because I haven’t watched the Nayanthara-starrer Kolamaavu Kokila (2018). Over the years my stand on remakes has drastically shifted. I am just seeking a good film now (considering there are so few of them lately). Despite being an adaptation, this one feels fresh, which is a big win. And for most part, it stays true to its dark comedy template - mixing up the laughs judiciously with well-thought twists and turns. I can imagine what made producer Aanand L Rai buy the rights to the Tamil hit. A simpleton (played by Janhvi Kapoor) is compelled into a career of drug peddling when her mother is diagnosed with lung cancer. The premise is enjoyable and the writing effectively matches up to what I was expecting of it - not a single dull moment. The story doesn’t meander or slack, keeping the pace smooth for most part. Mind you, it’s no Delhi Belly that in 90 minutes made sure you don’t go by a single minute without laughing. Neither is it as inspired as Kalakandi, where we see a trippy Saif Ali Khan having a genuinely curious moment with a trans-woman, inquisitively asking her - “I want to see your Southern hemisphere…” Well, there is none of that lunacy here, but it makes up for its shortcomings with the energy it packs in.

Most of it comes from the fine ensemble here - Mita Vashisht (upping the mummy dramatics with flair), Deepak Dobriyal (that charming nuked wala Romeo), Sushant Singh (as the gangster) stand out. But mostly, it’s Kapoor doing her cutesy doe-eyed act that works. She is solid in the film, probably because she delivers a consistently good performance as Jerry. She amps up her wicked side in the scenes that demand her to and returns comfortably into being the bechari, situation ki maari, when the writing nudges her in that direction.

But the film derails in the final act, when Jerry is deputed to deliver a truck full of cocaine, much against her will. With her family in tow, she embarks on the mission. There is a beautifully shot shootout sequence with a song in the background that amps up the style here! Director Siddharth Sengupta, who had done Yeh Kaali Kaali Aankhein, brings the same quirk and visual palette to this movie. For his ingenious thinking, the story fares a lot better than it could have. Always it benefits hugely from its vibrant source material. But the climax gets slightly muddled up in its telling, with too many parties and their vested interests, engaging in a battle of the wits.

In all of this, what gets lost is what attracts you to the film in the first place - a subservient girl who hides beneath her docile exterior, a wily self capable of wreaking havoc and bringing down the men who think they can play her. I really cheered for our girl to win. She does too, but it feels slightly less satisfying than I expected it to be.

Next Story : Kareena Kapoor Khan: Like in the original, my role is layered