Have you heard? Kitne Don hain?

It is being said that SRK had certain reservations about the first draft, leading Farhan to rework the script 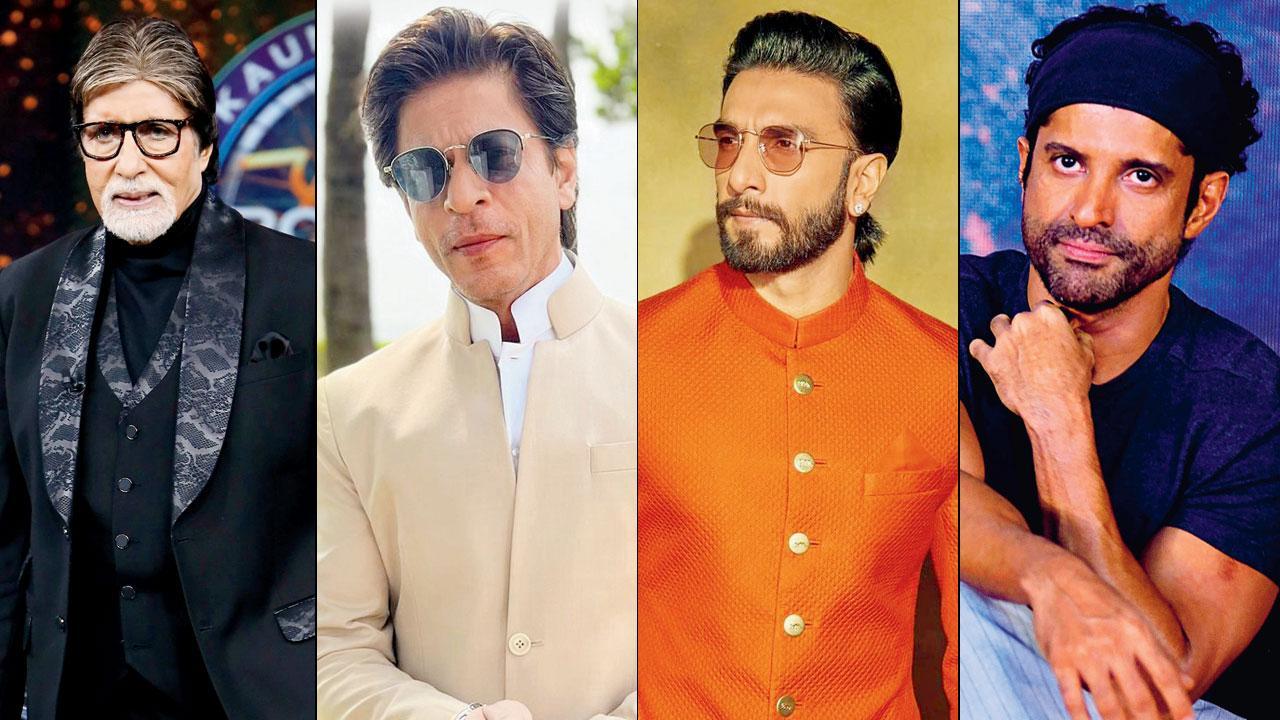 
For a while now, there has been a lot of speculation about Don 3, which sees Shah Rukh Khan reprise his popular character. Farhan Akhtar has reportedly begun scripting the third instalment of his adaption of Amitabh Bachchan’s 1977 hit, Don. It is being said that SRK had certain reservations about the first draft, leading Farhan to rework the script. News is that Farhan was keen to rope in Big B for a pivotal part. At this point in time, it is not known what role the original Don will play in the third outing of the remake. But that’s not all. Talk is that the filmmaker was also planning to introduce a new character with Ranveer Singh playing the part. Apparently, the plan was to have SRK’s Don pass the baton to Ranveer, who would then take the franchise ahead. But after SRK’s apprehensions, it remains to be seen in what direction Farhan takes his franchise. 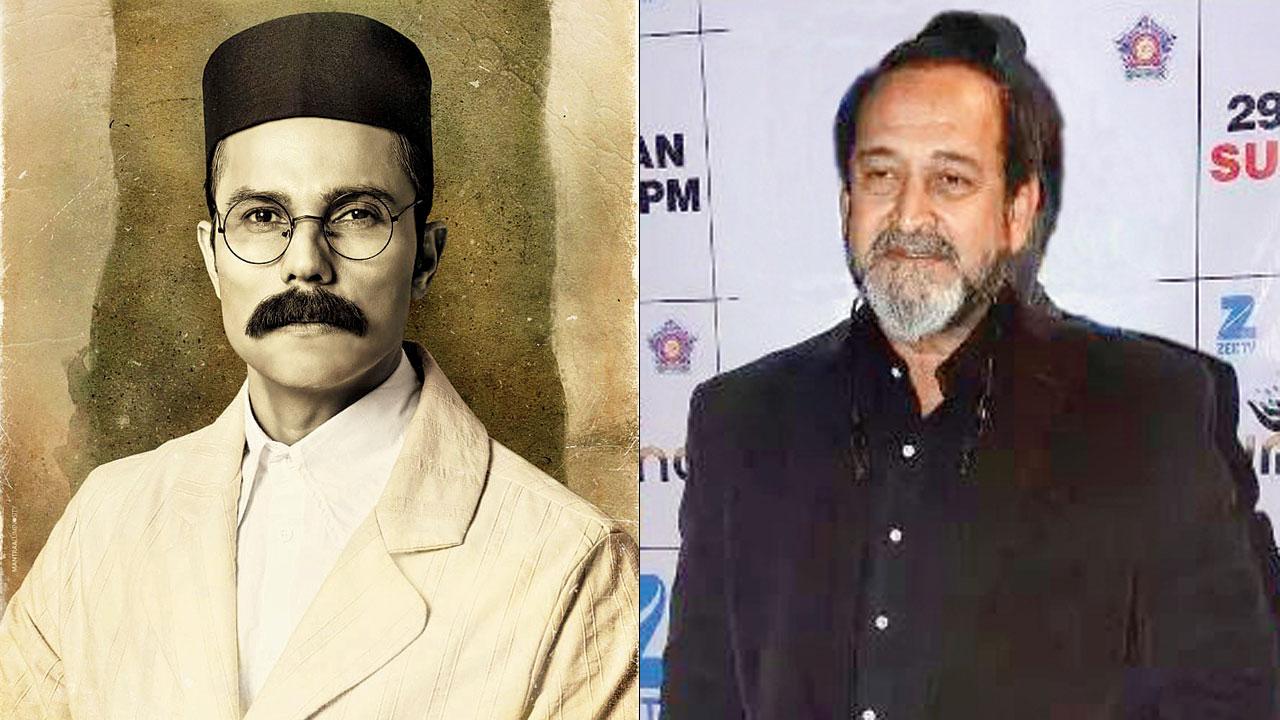 Even as Swatantra Veer Savarkar, with Randeep Hooda essaying the titular role, is set to go on floors next week, it has hit a roadblock. Rumours are rife that director Mahesh Manjrekar has opted out of the biopic of freedom fighter, Vinayak Damodar Savarkar. While everyone associated with the project is tight-lipped about the filmmaker’s exit, we hear that Randeep will take over the directorial reins. mid-day had first broken the news of the actor teaming up with the director for a biopic on the freedom fighter (Savarkar is the most misunderstood hero, March 23). Randeep has already shed over 18 kilos to look lean like the freedom fighter. Hope the added responsibility doesn’t see him lose more weight than necessary now. 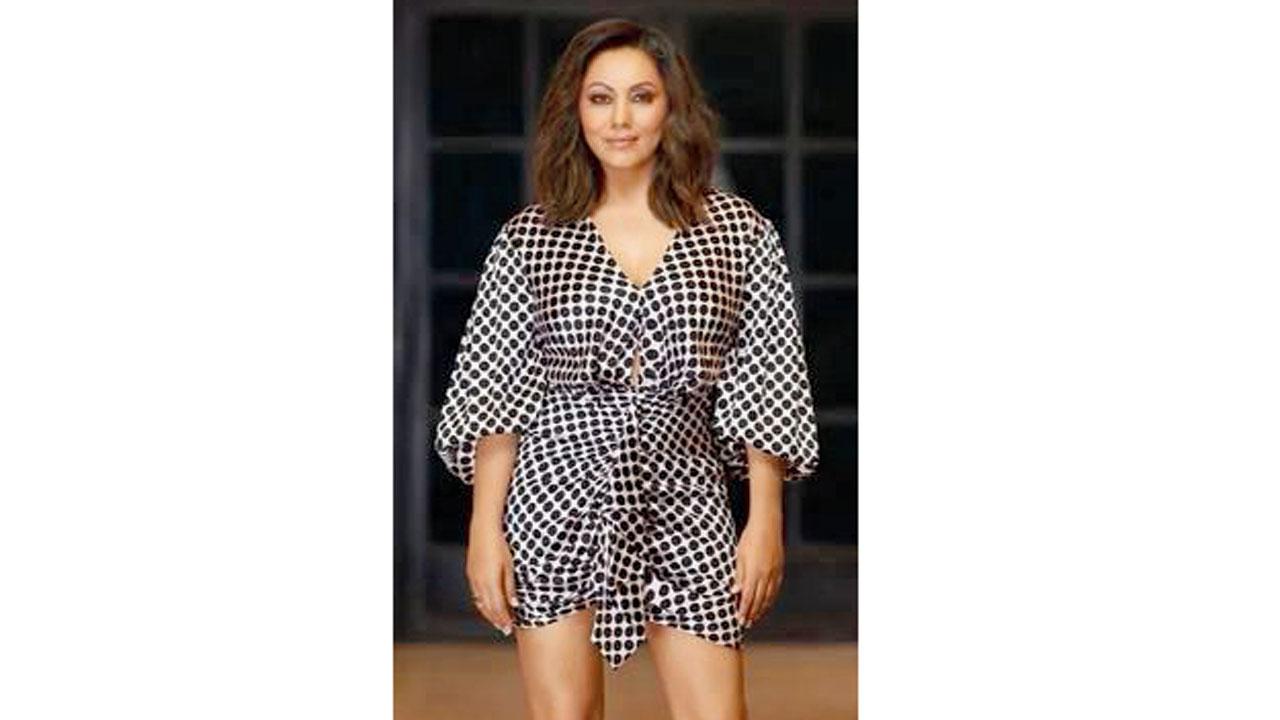 Gauri Khan graces the couch on Karan Johar’s chat show with her friends Bhavna Panday and Maheep Kapoor this week. When KJo spoke about Shah Rukh Khan’s graciousness as host who sees off every guest after a party at their home, Gauri revealed that this habit sometimes annoys her. She said, “He is always seeing off the guest to their car. Sometimes, I feel like he spends more time outside than inside the house during parties.” Gauri added, “Others start looking for him, and I feel as if we are having the party outside on the road.” Okay! 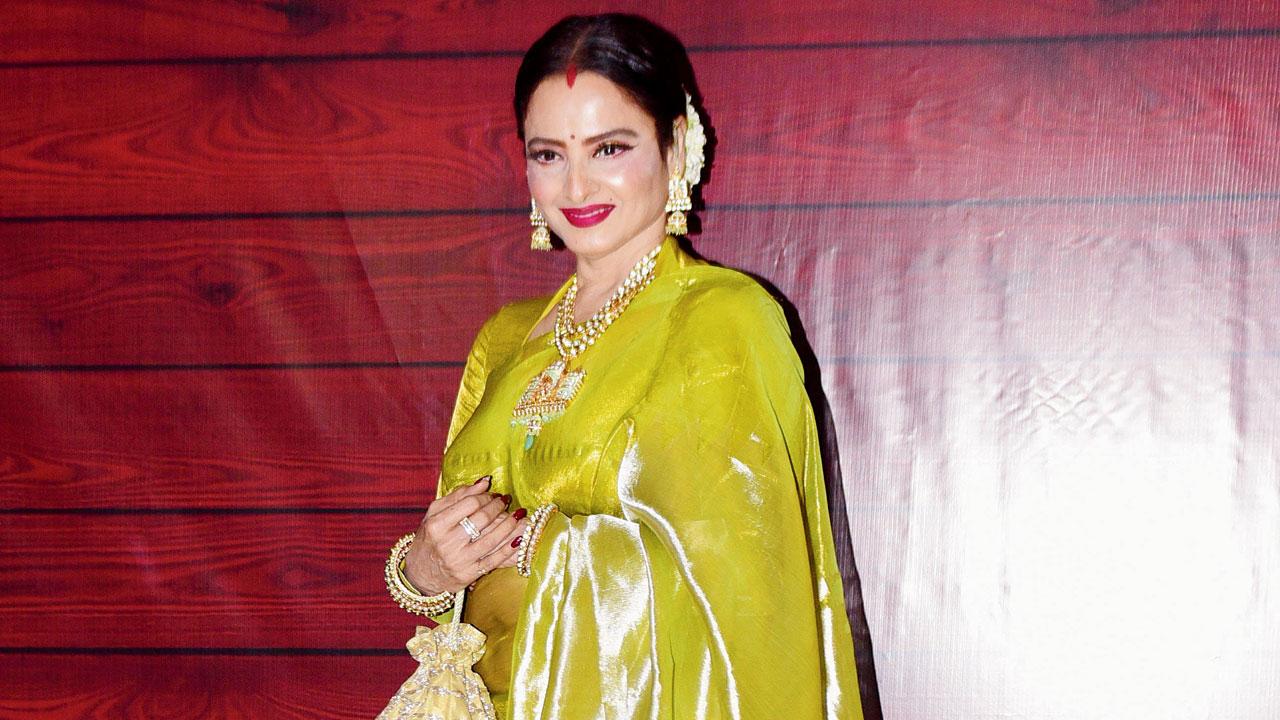 Even as Ponniyin Selvan: 1 (PS1) nears its date with cinemas, it is learnt that Aishwarya Rai Bachchan wasn’t director Mani Ratnam’s first choice to play Nandini, the queen of Pazhuvoor. The legendary filmmaker recently revealed that Rekha was his original choice when he first planned to make the film in 1994. However, the project didn’t materialise then. And when it finally panned out, he opted to repeat his Iruvar,  Guru and Raavan leading lady. That’s how Ash bagged the double role of Nandini and Mandaini Devi. 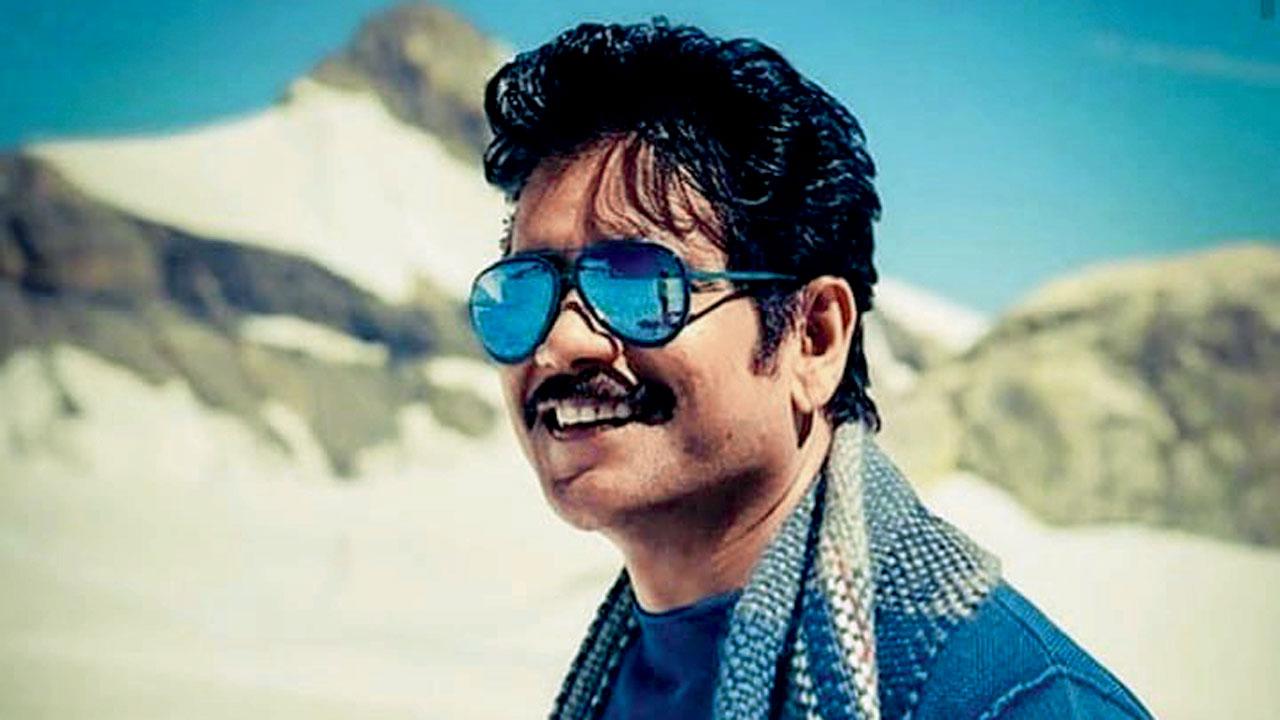 The Ghost, coming this Dussehra, marks Nagarjuna’s 99th film. The actor is already gearing up for his 100th movie outing. He has assigned four filmmakers to come up with a suitable script. Though he declined to reveal more, he shared that he is listening to stories. Interestingly, Nagarjuna has reportedly told his directors that his milestone movie “has to be a visual spectacle”. 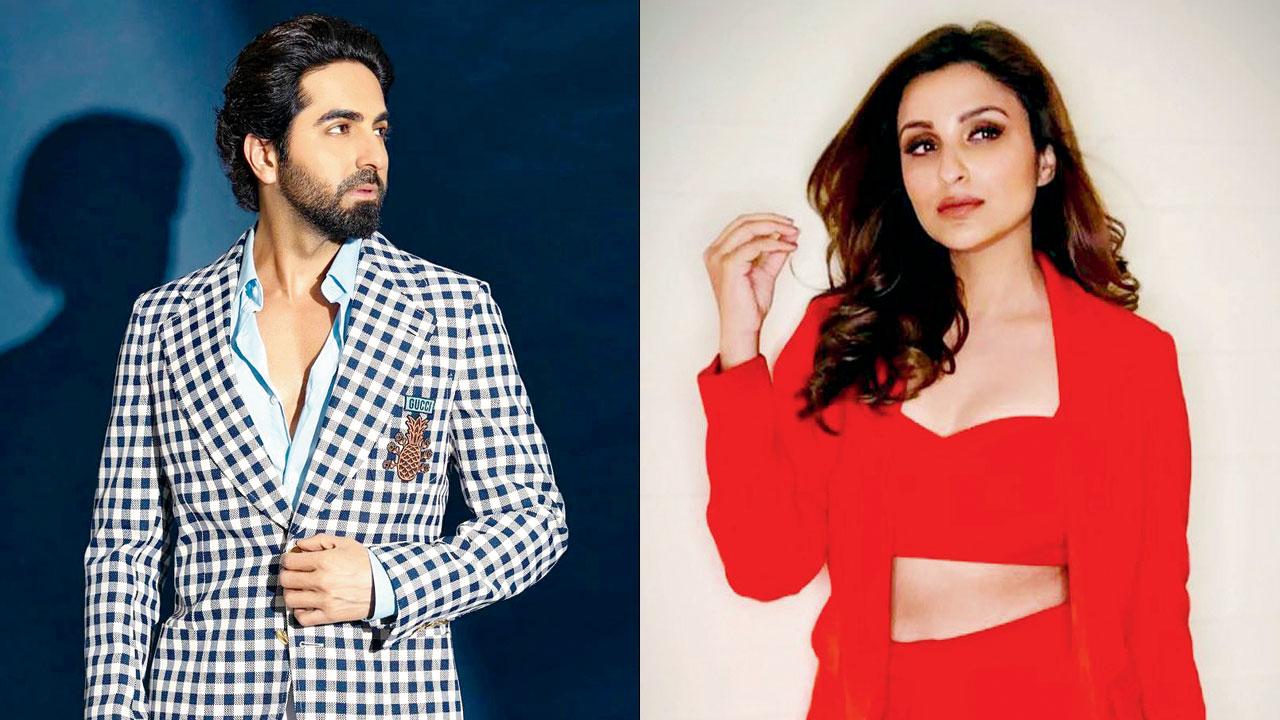 Over five years ago, Ayushmann Khurrana and Parineeti Chopra collaborated on the musical romance, Meri Pyaari Bindu (2017). While the film didn’t click at the box office, the two actors are gearing for a face-off in the cinemas. Ayushmann’s Doctor G and Pari’s Code Name Tiranga are set to open in theatres on October 14. He plays a gynaecologist in Anubhuti Kashyap’s medical campus comedy co-starring Rakul Preet Singh, and she essays the part of a R&AW agent in Ribhu Dasgupta’s action-thriller, co-starring Harrdy Sandhu. Incidentally, both movies open in the pre-Diwali period, which is considered thanda as most people are preoccupied with festival shopping. 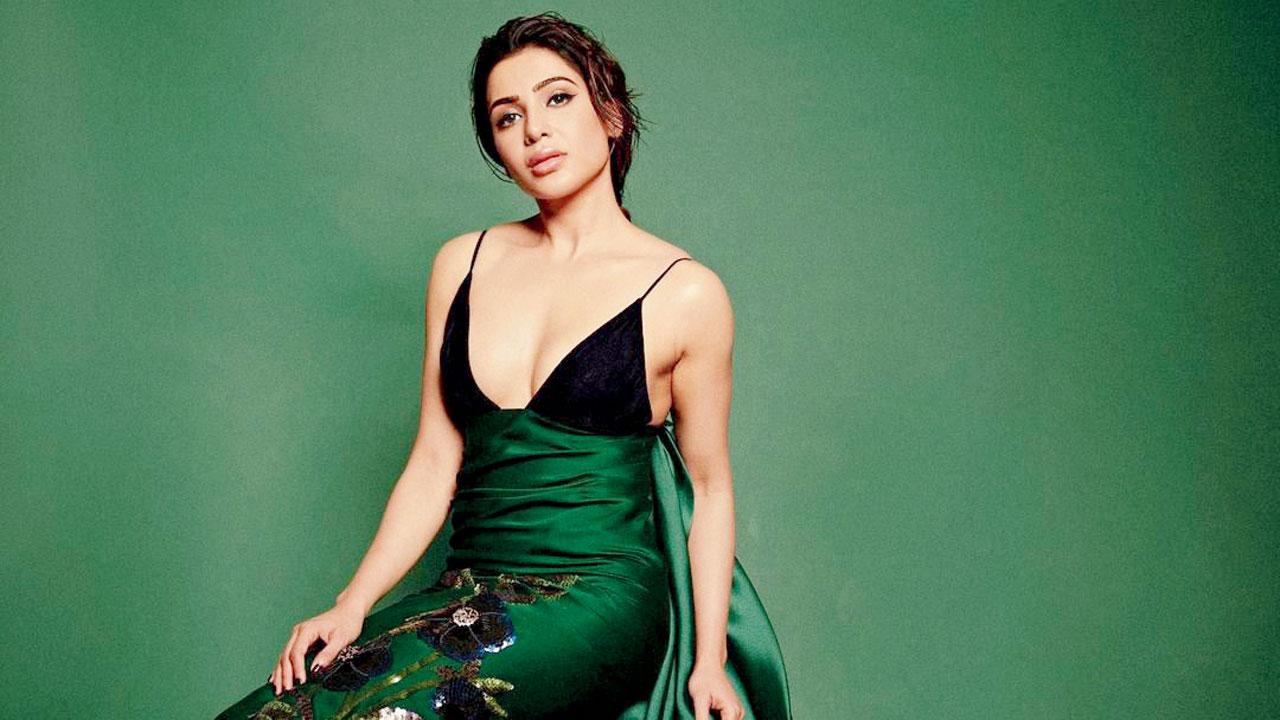 For someone who often shared updates on social media, Samantha has been missing in action for over a-month-and-a-half. Talk is that she gone to the US for to treat the relapse of her skin problem.  Meanwhile, the schedule of her film, Khushi, with Vijay Deverakonda, has been deferred. Moreover, after the first look of her mythological drama, Shaakuntalam was unveiled earlier this February, there has been no word on its release. If that’s not enough, Sam’s sci-fi thriller Yashoda, initially slated to arrive on Independence Day, is yet to get a new date with cinemas. 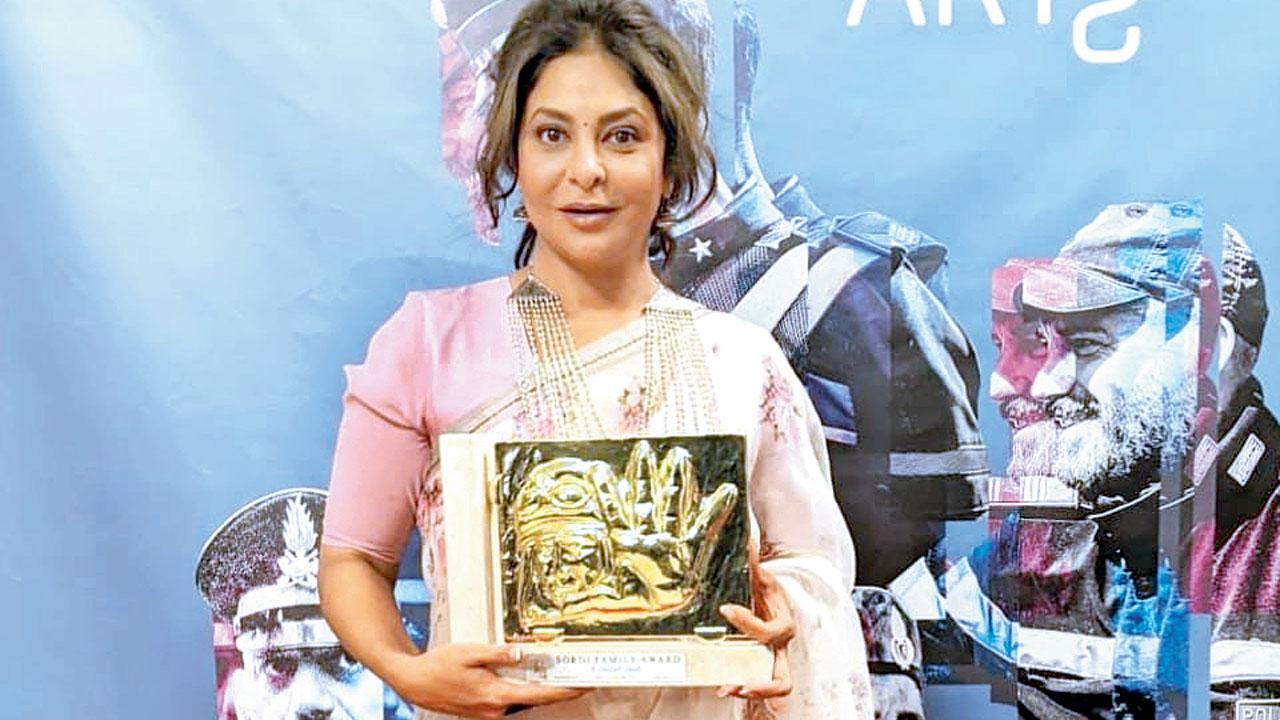 Shefali Shah is on a roll this year. Having wowed critics and audiences with her performances in films like Jalsa and Darlings, and web series like Human and Delhi Crime 2, she bagged the trophy at Alberto Sordi Family Awards. The actor was honoured as an international cultural personality. Sharing the news, Shefali said, “Alberto Sordi Family Awards are held every year for the last 20 years to celebrate Alberto Sordi’s sheer genius and magic. A legendary, iconic actor of Italian cinema, The Alberto Sordi Awards are bestowed upon creators from across the world in his honour. Colin Firth, Helen Mirren, Robert Moresco, Gina Lollobrigida, Mark Strong, Matt Dillon, director Andrei KonÄalovskij and many more legends have won it. And this year among the recipients is me. What can I say except that I am shocked, extremely humbled and thankful. Truly unbelievable.”

Next Story : "Bonjour" says Kriti Sanon as she drops pictures from her French family vacation