While the actor had jaws dropping with the stunning pictures from his latest photoshoot, it also triggered creative memes on Twitter 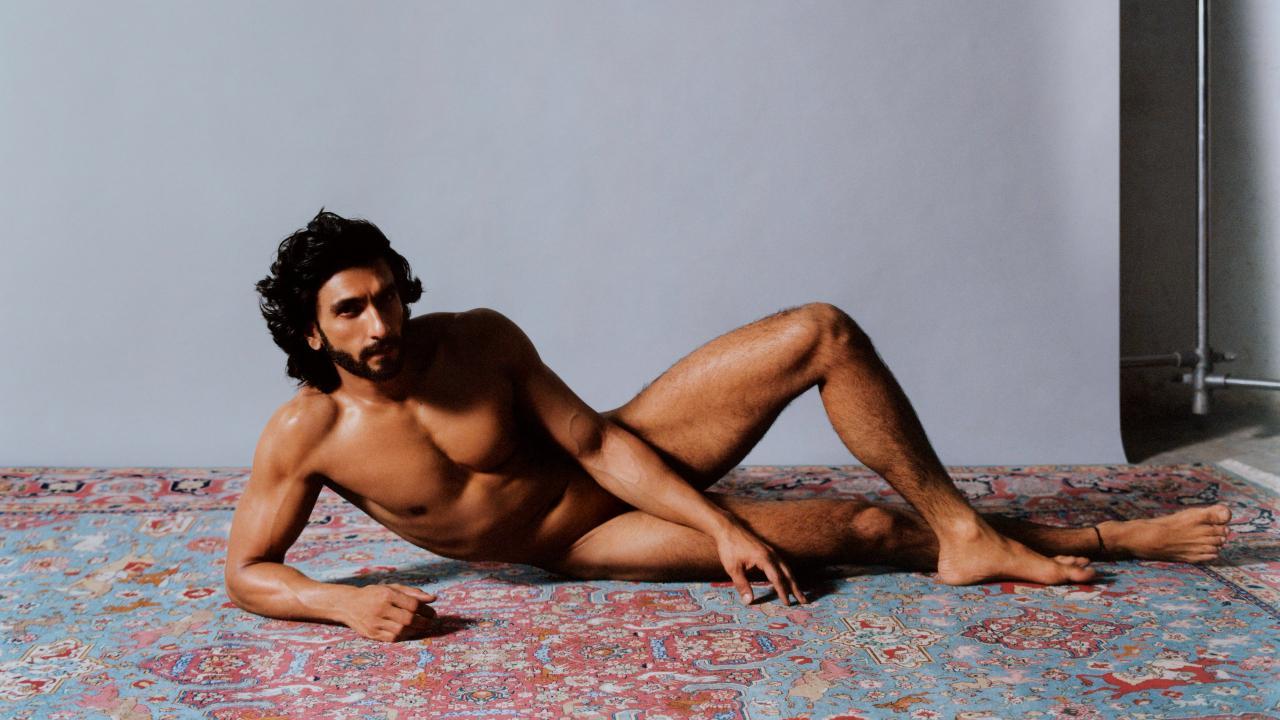 
If there is one Indian actor who can make it as a contender for breaking the internet most times, it's Ranveer Singh! Apart from his acting skills, Ranveer has time and again been a hot topic for challenging gender disparity by making gendered dressing a passe. His bold fashion statement looks, quirky comments, and over-the-top energy are a few of the reasons his fans love him.

Also Read: Ranveer Singh: Deepika’s mom didn’t know what to make of me

Well, it looks like the actor took the idea of breaking the internet a little too seriously this time as he posed nude for his latest magazine cover. Leaving almost nothing to the imagination, Ranveer went naked for Paper Magazine for their latest issue.

Inspired by Burt Reynolds, Ranveer is seen posing on a Turkish rug, wearing nothing but his birthday suit. The actor is seen oozing charm as he struck different poses for the camera.

Also Read: Ranveer Singh: I like to convince people that I can transform myself into anyone

While the actor had jaws dropping with the stunning pictures, it also triggered creative memes on Twitter.

ð Sorry, I'm not at all here to troll@RanveerOfficial

Me after spending my entire salary on swiggy & zomato #RanveerSingh pic.twitter.com/brwVN7rZeU

Me after spending my entire salary on swiggy & zomato #RanveerSingh pic.twitter.com/brwVN7rZeU

Cockroach when I turn on light at night : pic.twitter.com/pLgyG97aV8

On the work front, Ranveer Singh will next be seen in the film 'Cirkus' directed by Rohit Shetty. The commercial film also stars Jacqueline Fernandez, Pooja Hegde, Varun Sharma, and others.

Next Story : Ajay Devgn roped in as the brand ambassador of Exxaro, a vitrified tiles manufacturing brand