The film is currently the third highest-grossing Indian film of all time. 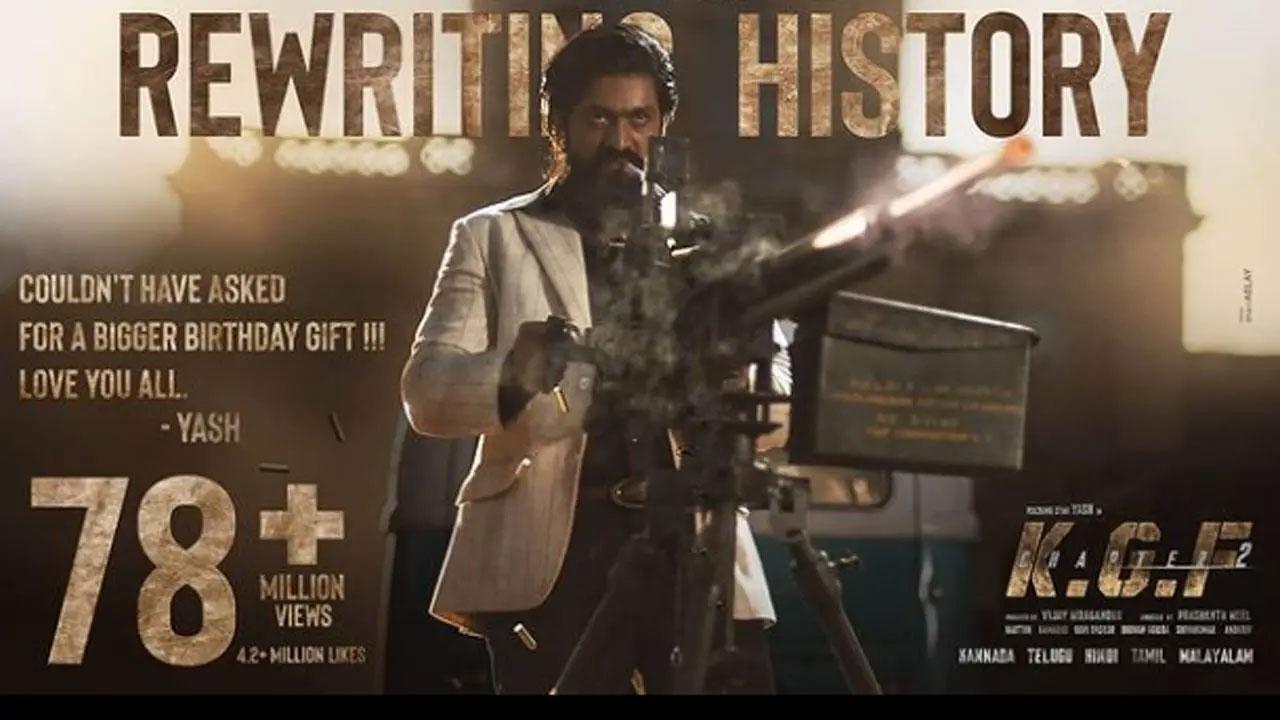 
Makers of the south blockbuster film 'KGF: Chapter 2' on Friday, celebrated the grand success of their film, as the action thriller completed 100 days in the theatres. Taking to Instagram, Homable Films shared a special video to mark this occasion, which they captioned, "Thank You for scripting and stitching this amazing journey for us. We can still feel the jubilation & reverberation all around us. We promise to keep you enthralled with our next #Monster hit and of our home run!".

The production house, Excel Entertainment, on the other hand, captioned the video, "Yet another milestone for the Sulthan. Thank you for the 100 promising days #KGFChapter2" "A promise was made once. The day that ended the 3 years of wait of millions. The movie that will be remembered forever. KGF: an emotion that will live with us forever. Thank you for 100 promising days. That promise was kept. This is just a beginning," claims Hombale in its 1.50-minute thanking video, released to celebrate the grand success of the film.

The film is currently the third highest-grossing Indian film of all time. Soon after the makers dropped the video, fans flooded the comment section with heart and fire emoticons. "Goosebumps at peak level" a fan commented. Another fan wrote, "we are waiting for #kgf3' The official announcement of the third installment of the Pan-India film is still awaited.

Also Read: This is how Prabhas wished KGF & Salaar director Prashanth Neel on his birthday